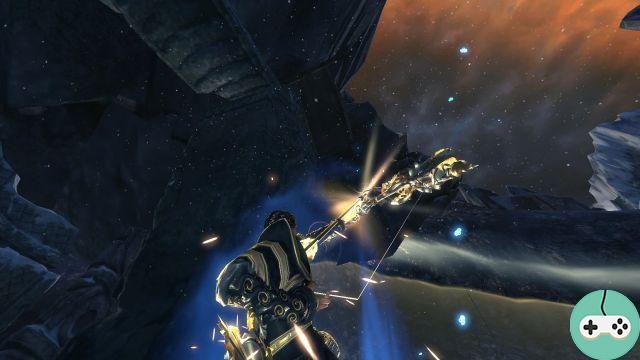 On September 17, NCSoft's MMORPG Blade & Soul got a big patch, titled Storm of Arrows. Thanks to a code provided by the editor, I had the opportunity to be able to test with a Mystic Archer directly boosted to level 60. To get you in the mood, a video that highlights skills outside of the game. common of this new class:

Two races are able to play the Mystic Archer: Yun (female only) and Jin (both sexes). I opted for the latter, in order to make a man, not being too attracted to the physique of female characters in Korean games, with their endless legs and opulent breasts. 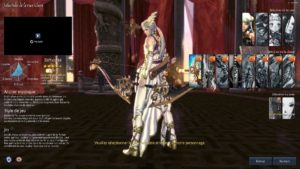 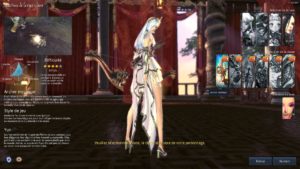 The character creation tool is as complete as ever, making it possible to create a monster that looks like nothing, just like something really very stylish. After clicking a dozen times on the random generation, I managed to give birth to a more than acceptable avatar, although it looks nothing like the characters I usually play. I modified some colors and added some characteristics, starting with orange tones. 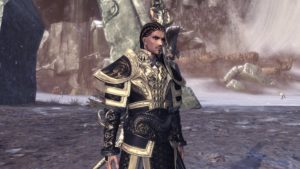 Let me introduce Ouranne to you ... Onidra seemed too ... feminine for him, but in the end, after getting this outfit back, maybe not: 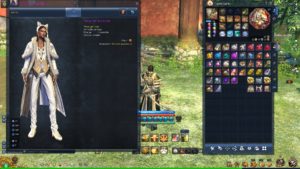 For now only level 50, my character is teleported to a training area. I am learning to jump, fly, and use the sprint system, especially vertical. Then, once in the Hongmoon training arena, a tutorial guides me on the combos to activate to make the best use of my different skills. I made a video of this part, shown below. I was still starting at that time in mastering this class which is moreover not easy (not to say more generally of the game itself), so you will excuse my trial and error, but this gives a good general idea of ​​the spells. and the effects of the Light specialization.

The Mystic Archer arrives with two paths: Light and Zephyr. There is currently no third way like some other classes, it will come however as the studio plans to add a third way to all classes in the near future. I kept this specialization later for two reasons. The first is that I preferred to concentrate on one specialization, in the hope of mastering it a minimum, rather than dispersing myself. The second follows on from this discussion with the game's producer at gamescom (you can find my article here). He had indeed indicated to me that the Light voice provided the most DPS, unlike the second more oriented towards mobility and survival (which therefore seems to me to be more effective in PvP). 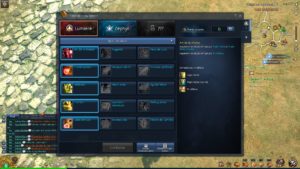 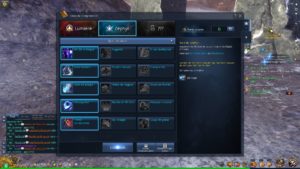 The basic attack (linked to the right click) is single target and intensifies over a cycle of three: Triple arrow, Triple flash and Triple flash. Left-click Squall causes the Archer to get closer to his target, ideally to follow up with Reflex Shot (F). These three attacks are the basic means of obtaining light stacks (displayed in the middle, above the character's health bar). Gale and Reflex Shot can otherwise follow a Convergence (3) or a Radiation (4), which allows to accumulate even more light, but also to obtain the related beneficial effects, which are displayed respectively on the left and on the right of the above the light gauge (for a maximum of 3 each).

To deal even more damage, skills with cooldowns are tied to the W, X, C, and V buttons. These abilities are generally effective in a cone in front of him, therefore requiring exemplary positioning. Glowing Diamond (X) is a skill with a charging time: the longer the spell is cast (for a maximum of 4 seconds), the greater the damage inflicted. Blazing Shot (C) consumes 30 stacks of light and pierces the enemy. Concussion (V) has a utility effect by resisting damage taken and healing (while impacting movement speed by 90%). 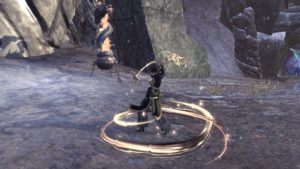 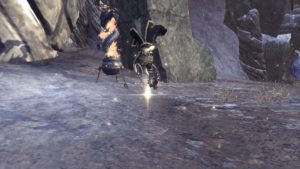 Several disengagement capacities linked to the numbers 1 and 2 allow you to put yourself at a safe distance, while destabilizing the enemy. The Wall of Light (1) changes the bar, giving access to special spells to use in combo. With Searing Bow (V), he knocks down the intended target. Combined with Sun Arrow (C), it causes a stun. Aurora (Tab) grants immunity to all types of damage and condition damage, and finally with Injunction (W), the cooldown of some skills is reset. However, be careful, you need the right timing and the right sequence, or else the Wall of Light attack alone can have a detrimental effect, causing temporary stun. Also, for this to work on a boss, it needs to be cast at the same time as an ally for what is called a combo attack. In addition to the fallback barrage (2) which makes him retreat and resist damage, the Archer has access to a terribly effective dodge. Using A or E, he quickly moves to the given destination (A to the left, E to the right), and he can do it twice in a row before having to wait 12 seconds to start over. 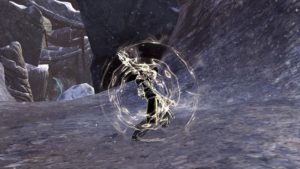 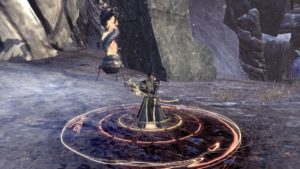 Even more rarely, the Halo of Light (Tab) spell generates a rain of arrows in a large circular area around the Archer, deadly to get rid of large groups of weak enemies. In addition, like all classes, his Hongmoon Qi gauge gradually charges while fighting, an energy that can be released with two devastating attacks with particularly impressive animation (Fulmination in L and Heavenly Wrath in B). 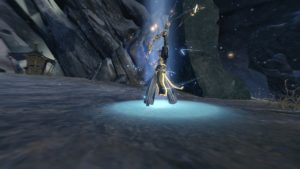 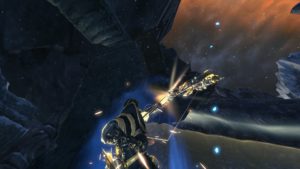 You will understand, the Mystic Archer is not an easy class. Basically, it deals decent damage, silly and evil use of left click, combined with W, X, C, and V spells, killing most outside monsters without thinking. On the other hand, for the sake of optimization, this class requires fine management of its various resources, as well as the reloading times of a large amount of skills. As publishers like to say nowadays: easy to learn, difficult to master. For my part, I really enjoyed it, not wanting for anything in the world to give in to the ease of activating the simplified mode. There is no doubt that advanced Blade & Soul players will appreciate this difficulty, which may on the other hand put off a beginner in the world of MMORPGs.

SWTOR - The Siege of Kaon