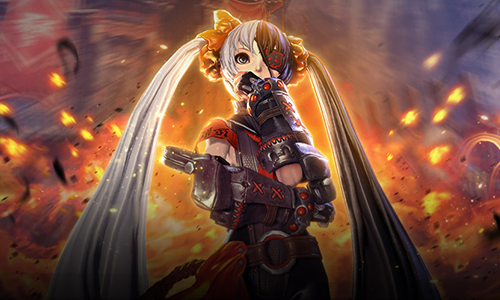 In a new official article, we learn more about a dungeon that will be available when the game launches: the Leviathan Horde.

To set the context, here's briefly what it is:

The marauders of the Black Spur have plagued the Realm of the Living for generations with their mastery of the seas. Admiral Hae Mujin is the base of operations for the Astral Continent's Fleet, but it's not uncommon for him to leave the fleet, leaving the controls to the world's most terrifying female pirate.

The Black Spur is led by the young and immature Vice-Admiral Poharan (image above), granddaughter of Hae Mujin and head of the Leviathan Horde. She leads a band of mighty warriors and has 2 pets, smilodons named Lily and Rose. She never goes out without her little gun or her explosives.

She is the greatest threat to this region and many have tried to stop her, to no avail.

Here are the different boss that you have to face: 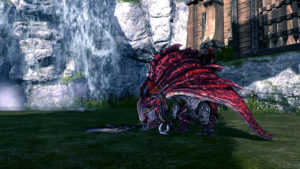 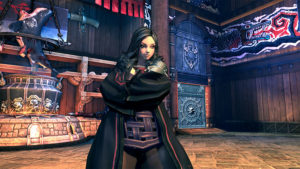 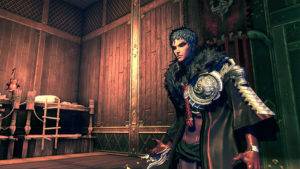 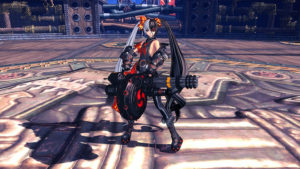 Le 6 player mode is the most common and is usually the one you walk through during the leveling phase. The degree of difficulty is not very high and strong coordination is not necessary. There are visible markings to help players know where attacks are taking place or which attacks to perform. In terms of rewards, you can have Bagua (character enhancement items), accessories, weapon chests, and crafting materials.

Le 4 player mode is intended for players of maximum level. The damage is increased and the indications are no longer visible. Bosses have new skills and can attack differently from one encounter to another. On the rewards side, you can have the boss's weapon, outfits and accessories.

Le 24 player mode for this dungeon is called the Siege of Leviathan. It can be reached directly via a portal and this directly allows several groups of players to face the monsters and bosses of the instance which will constantly reappear. It is only possible to integrate this mode via group search (not inter-server) or to address players in front of the entrance to the instance. The rewards vary depending on the effectiveness of the group, so it is best to join a good group, although it is possible to go alone. Finally, enemies have a lot more health but do less damage.

Can't wait to set foot there and give Poharan a beating?


Do you want to be up to date and know all the tricks for your video games? In gamesmanagers.com we enjoy playing as much as you do and for that reason we offer you the best tricks, secrets or tips for you to play non-stop. We offer you quality content and always updated to keep you up to date. That's why, in our website, you will find not only videogame guides but also tricks, secrets and thousands of tips so you can play to the limit. Are you ready to get it? Enter now and enjoy your videogame!
WoW - What does sesame bring in? ❯

Add a comment from Blade & Soul - The Horde of Leviathan