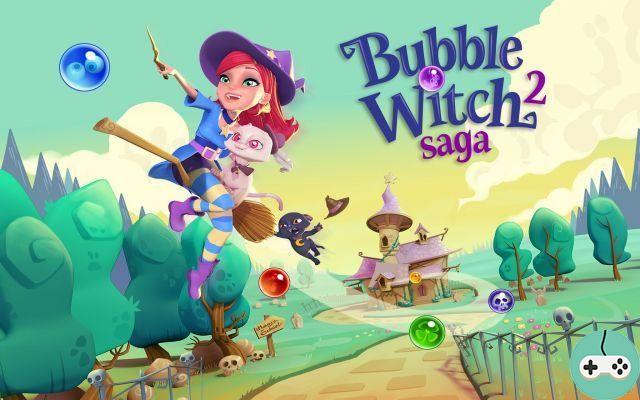 While we are more used to testing small games created by independent developers, once is not customary, I suggest you go into the world of witchcraft with Bubble Witch Saga 2 by the creator of Candy Crush Saga. 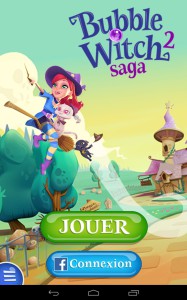 Taking up the proven concept of Puzzle Bubble (released in 1994), the principle remains the same as the first opus: burst bubbles by creating combinations of at least three bubbles. This second version with improved graphics offers a whole new story, with new characters. Through more than 70 levels, represented as a path in the green land of the Witch Kingdom, we will accompany Stella, the kind witch, facing the evil spirits led by the hateful Morgana. 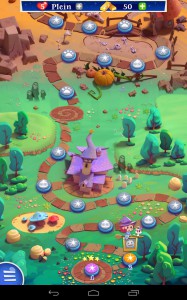 At the beginning, things are rather simple, you have to destroy as many bubbles as possible. When bubbles fall, they go into barrels below, giving bonus points. And if they bounce off the frogs, we have even more points! 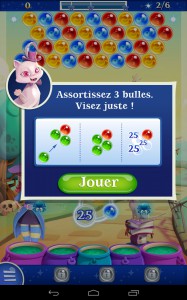 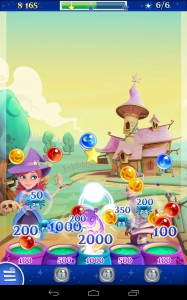 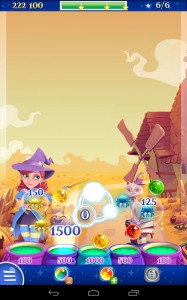 And the more points we make, the more stars we have! 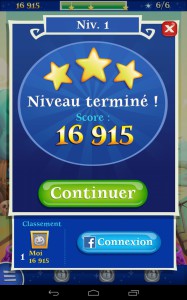 If you keep your finger pressed, then a line of sight is displayed, which is very practical to be able to shoot more easily. This line of sight even takes into account the bounce with the edge of the screen. And if you don't like the bubble you have in the launcher, just click next to it to swap the bubbles. 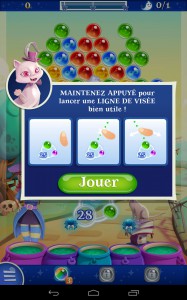 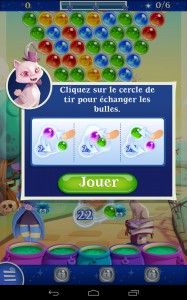 As we move forward, other challenges are presented to us. Sometimes you have to destroy a number of bubbles from the ceiling, while other times you have to free a poor little ghost caught in the bubbles. The fun thing about this challenge is that the bubbles will spin around the ghost with each impact, like a wheel with the ghost as the pivot. This adds some difficulty, especially when you only have bubbles to throw that match the colors on the other side of the wheel. 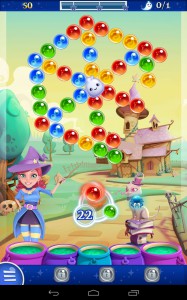 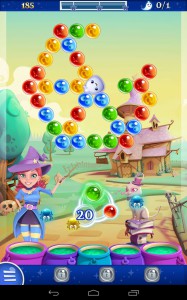 We will also have to release animals caught in the bubbles. 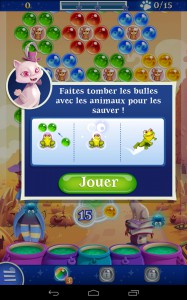 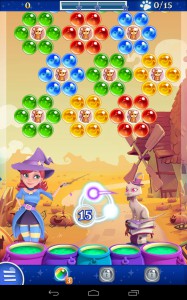 And things get complicated when some bubbles are obscured by clouds! It is necessary that a bubble touches them so that they are unmasked. There is suddenly in these levels a certain element of luck because one is necessarily brought to draw sometimes at random and, sometimes, it is the good color. 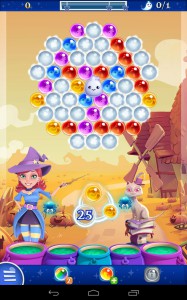 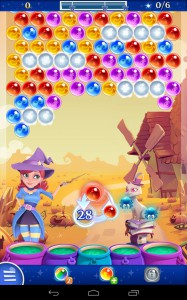 Different bubbles allow you to have specific effects such as the Rainbow bubble which activates any color or the fire bubble which destroys all the bubbles in its path. 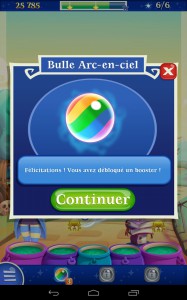 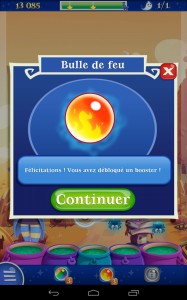 But be careful, we always have a limited number of bubbles to send. Once this quota is reached, the level is failed. The life system is the same as in the publisher's other games: we have a limited number of lives which regenerate automatically over time. If you're in a hurry, or stuck, you can buy lives, extra bubbles or boosters. And of course, this costs real money! 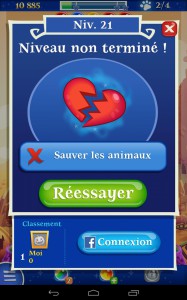 Bubble Witch Saga 2 is a cute and rather addicting game, a clever recipe from the experience of King.com. We take pleasure in finding our little dose of breaking bubbles every day, whether on mobile or on Facebook, our progress being synchronized between devices connected to the Internet. The game mode is simple, the grip is immediate, however it will be more difficult to fully master.

Can you take young Stella to victory? 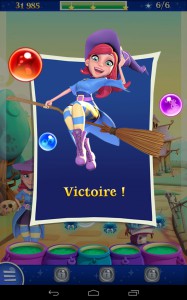