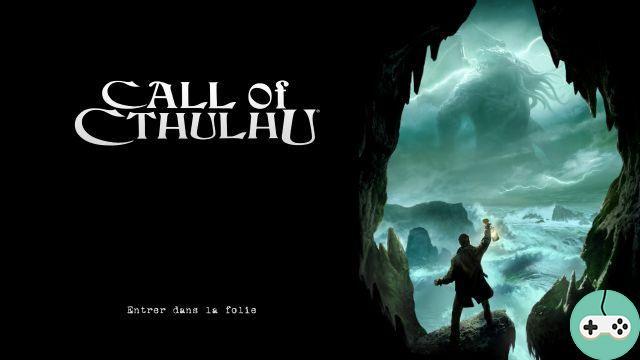 It is not really rare nowadays to come across Cthulhu in many forms of media. It is found in South Park, in Funko Pop, plush, in some films, and here it is now in a video game developed by Cyanide and published by Focus Home Interactive. Does this Switch-tested investigative / infiltration RPG pay homage to the dreamer?

We find ourselves in the shoes of Edward Pierce, private investigator, who drowns in sleeping pills and alcohol to succeed in closing the eye. Hired to uncover the truth about the death of a young woman, the mystery leads him to Darkwater Island, a place once known for its whaling. In the midst of prohibition, we quickly realize that nothing is going right here, and that the investigation is out of the ordinary. The more we dig, the more questions we ask ourselves ... questions to which we do not necessarily want to know the answers. 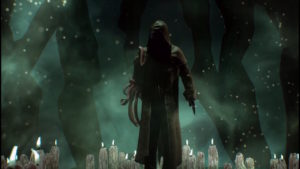 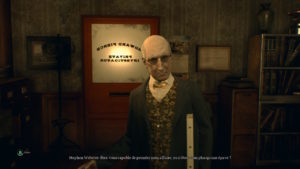 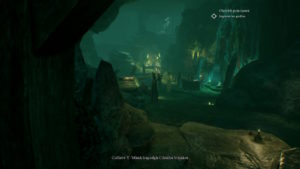 On PC and PS4, the game had rigid animations and not necessarily great graphics. The Nintendo Switch having less pep, we end up with an even less beautiful version. However, we are still in a game with decent graphics which become a little more pleasant in portable mode. Regarding the atmosphere, the game is simply masterful: between the mist (admittedly less present than on PS4), the dark settings, the disturbing places ... it is a total success. 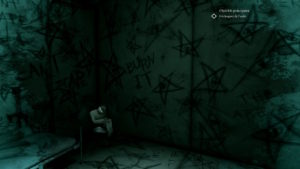 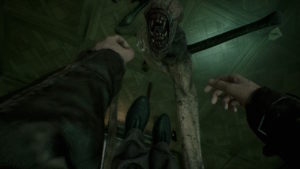 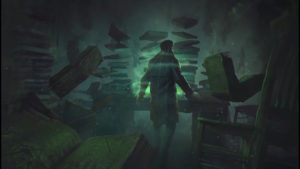 The real problem begins with the texts which force us to have either a very good vision, or, for the less fortunate, to come closer to succeed in reading the dialogues a little too small. Then come the loading times which can reach two minutes between two chapter changes ... it hurts a bit.

My opinion : we therefore find ourselves in a somewhat strange dilemma: the graphics are correct and provide a certain atmosphere and presence. I think the sacrifices that were made to bring the game to Switch only slightly marred the atmosphere of the game ... and that's the main thing. However, between the extremely long loading times and the texts a little too small, we end up with a marred playability.

After a quick dream that serves as a tutorial, we meet up with our detective, in his office, to quickly get to know the character sheet (where we will have to put our starting points), and the interactions of the game. 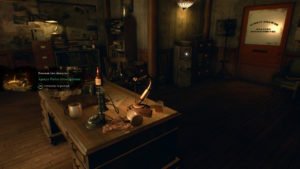 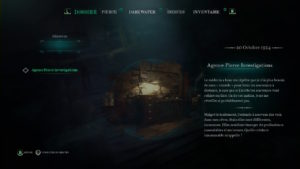 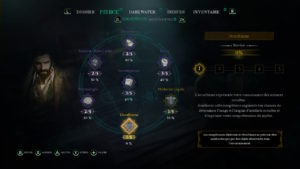 Your character has several attributes that you can increase by getting points, solving puzzles and advancing in the story. Each attribute has its usefulness in the game and therefore a possibility of going through another path if you have what it takes:

It is very important to choose your starting points to orient your character towards what you want to do with them. Some will want to privilege the occult and medicine being the only ones that we can not assemble as we wish, but it will always remain a matter of choice.

You will often have the opportunity to go through phases of infiltration. Your character is not fighting ... the best option is discretion (logic for a detective). So we have all the basic options: crouch, bend over and hide in cupboards. However, your character may have panic attacks if they stay too long in these hiding places, or when they come across things that frighten them. Far from being devoid of interest, these phases are nevertheless quite basic. 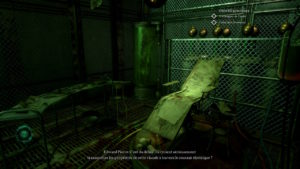 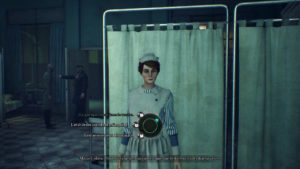 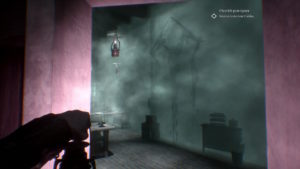 You will have a lot of interactions in this game that will require you to have a particular attribute skill. If you don't have enough points, you can still try ... at the risk of irreversibly breaking a mechanism, depriving you of certain clues or pathways.

To find is to keep

One of the things you absolutely need to do throughout the game is search absolutely everywhere. Besides being the best way to find books that increase your occultism and medicine, sometimes clues or items used to achieve your goals will be hidden all over the place. It will quickly become a habit to never leave an area without having thoroughly searched everything.

The game also has different endings depending on your choices during your adventure. Sometimes you will see the words "it will affect your destiny" while reading a book, making a choice ... it is quite interesting, knowing that nothing indicates that as a rule. 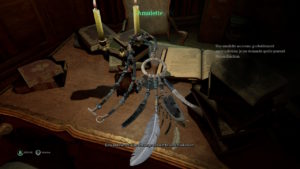 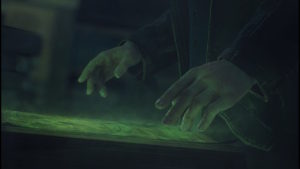 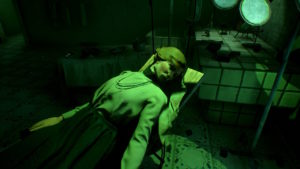 Call of Chtulhu, horrific investigation RPG, on Nintendo Switch is quite interesting by its rich and tortured history taking the player in the depths of its questioning, by its original gameplay in the ideas but somewhat lacking, and its really deep atmosphere. Too bad the graphics and a few small technical issues mar it all. It is my opinion that the game has as many strengths as it does flaws. If we're ready to skip over the hassles here and there, go for it if you don't already have it on another platform, or if you want to play it everywhere.