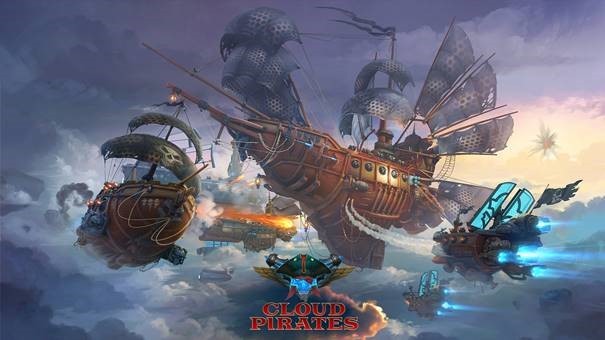 As a preview, I had the opportunity to access the pre-alpha of Cloud Pirates, the new game from My.com.

This is an action game in which players control heavily armed ships and compete in joy, good humor, and violence! See rather…?

The pitch makes you want to. Impatient, I therefore connect to the game and name my Pirate. Three vessels are offered to me in the bay: 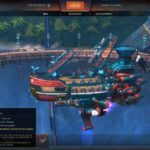 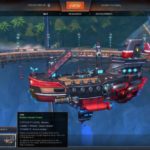 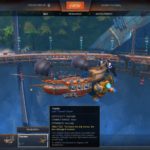 For each one, I can do research according to two axes, weapons and equipment. Each slot requires experience to be unlocked and, luckily, my account already has some. The currencies are displayed at the top right (in order, gold, ship experience, and experience). I reread the specifics of each one a little, then I opt for improvements to the Training ship. 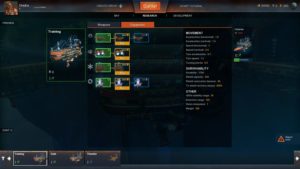 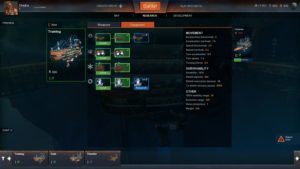 I find out that I actually have to use experience (to research) and then gold (to buy it). He now has better armor, goes faster, spins better, and his shields take more damage while regenerating better. Perfect ! A priori, ships unlock access to other higher level ships once enough experience has been invested in their weapon or equipment tree (up to level III currently). This is summarized in two trees under the Development tab. 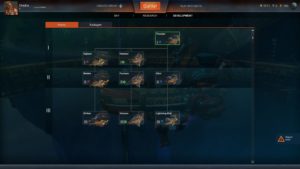 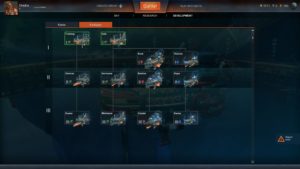 I start the tutorial and discover the interface (as well as the graphics which I find really pretty!). At the bottom left is symbolized the state of my ship with its shield (the three circles in blue around) and its life (the green gauge). Below, I can see its speed and altitude. Bottom right, a mini-map if I'm lost. 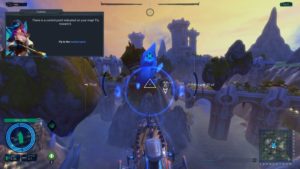 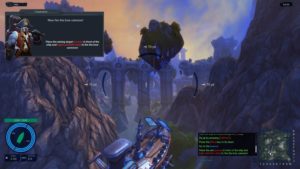 The movement is controlled with the keyboard (basic with the American shortcuts or WASD but they can be changed from the parameters). To go up, Space. To go down, Shift. To shoot, it's simple: right click or left click with a crosshair to aim which tells me when I am in range and which changes shape depending on the weapons that are going to fire (triangle for frontal weapons and circle for side weapons ). Be careful, however, not to shoot for too long, otherwise the weapons will overheat and all you have to do is wait for them to cool down! Each side has its own overheat gauge, so you need to alternate to maximize damage by moving the ship right and left. On the other hand, no guns at the rear or the possibility of firing downwards, elements to be taken into account in real combat conditions! 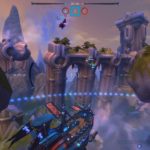 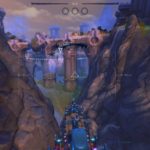 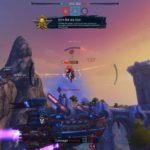 Besides, it was time to get started! Now that I know how to do it, I go to fight. The goal is simple in the maps I tested: take and hold three checkpoints. I stay a moment to admire the landscape and then take action. It's dynamic and already efficient, the ships go relatively quickly, they have enough life to be able to take it, without having too much and causing long-drawn-out battles. In addition, my team wins the match, which is all the better! At the end of the game, I get gold, experience, and ship experience. 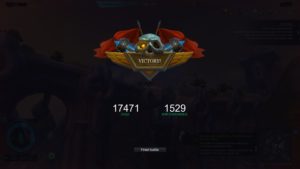 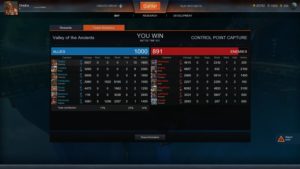 I go through a few games, filling the tree of my ship. I gain a new ability, complementing the shield I had previously. Now I can teleport 75 yards forward (or to the next obstacle). This improves my mobility and increases my range in combat. I finally discovered after several matches what happens to death: stuck in spectator mode for about twenty seconds, then our ship returns to the battlefield. So it's not very punitive. 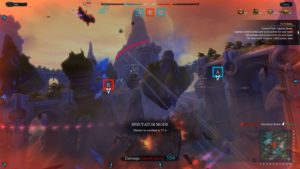 Note that the ship needs to be repaired between each match, which costs a little gold (but much less than what you earn). 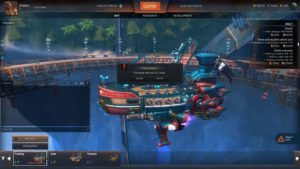 Apart from a few interface bugs and maybe an overall balance of the power of the ships to be reviewed (my ship seemed to me to be untouched several times, so either I was lucky or I played really well without do it on purpose, or there is a problem), the game seems to me to be well advanced. In the version I tested, there were 21 playable ships across three categories, and four different game modes (Deathmatch, Checkpoint Capture, Cargo Escort, and Death's Chest), all on three maps. unique. So it mainly lacks a good big polish general and more generically of content (map, ship, modes, we never have enough) that the developers of Cloud Pirates are certainly already preparing! In any case, the whole is promising for an alpha Friends & Family! 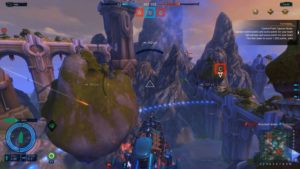 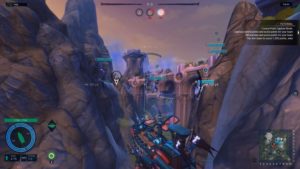 Add a comment from Cloud Pirates - First Look at the Alpha