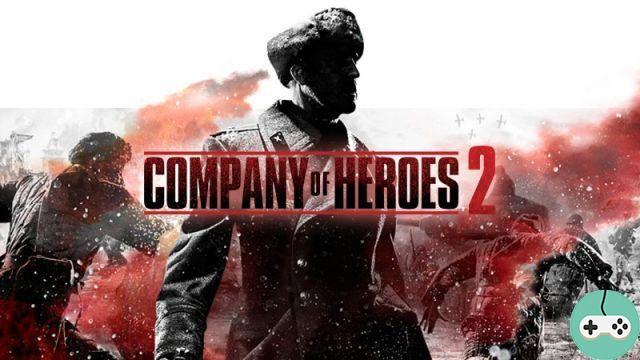 This time, we focus on the multiplayer part of the Company of Heroes 2 strategy game. 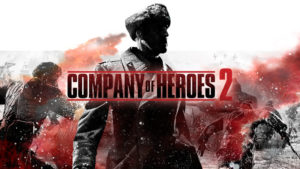 This is also a big part of the game and even after the last many years it still very much alive. CoH's Matchmaking feature is also always used to find games even if sometimes you run into an opponent much stronger than you. The objective of the multiplayer mode is quite simple, it will be necessary to eliminate your opponent. For this, as for the campaign mode, it will be necessary to take the objectives in order to amass resources such as fuel or ammunition.

Commanders are a facet of multiplayer that will help you increase the effectiveness of your units. Whether by unlocking very powerful units (German Elephant) or to improve certain units of your squads, commanders are part of a system that aims to reward players over the long term. The fights suddenly become much more breathless with this new dimension. 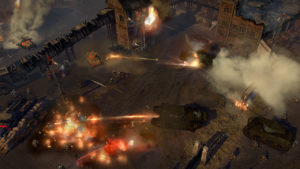 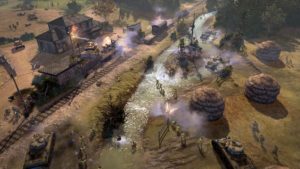 You should know that with the base game, there was a certain imbalance in the multiplayer mode. According to your opponent, it was almost impossible to win because two schools dominated the game:

Even though the games were played quite easily, people using these techniques managed to have a very satisfying win ratio. To counter the problem a little and breathe new life into the franchise, Relic has brought in a new faction thanks to its Stand-Alone British Forces: the British.

First of all, the commander system is different with the British where you can choose two strategies for your HQ: one defensive and the other rather aggressive. The different units that make up this new camp. Very versatile in terms of armor as infantry units, this new army brings a new balance to the multiplayer mode. The Churchill / Firefly combo, even if it's hard to pull out, can easily turn a game in our favor. 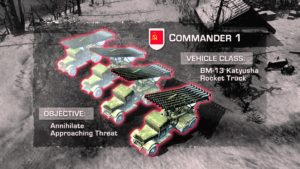 To conclude, a little on the multiplayer mode, it will take you a little time to know the maps and the different ambush points. The new faction gives a new dynamic to the game. The British being a very defensive camp, it is very hard for our enemies to break through our defenses. Whatever your game mode, your strategic choices and your micro-management of troops will be the reason for your victory or your defeat.

Do you want to be up to date and know all the tricks for your video games? In gamesmanagers.com we enjoy playing as much as you do and for that reason we offer you the best tricks, secrets or tips for you to play non-stop. We offer you quality content and always updated to keep you up to date. That's why, in our website, you will find not only videogame guides but also tricks, secrets and thousands of tips so you can play to the limit. Are you ready to get it? Enter now and enjoy your videogame!
SWTOR – PCM – Guilde Book Of Knowledge ❯