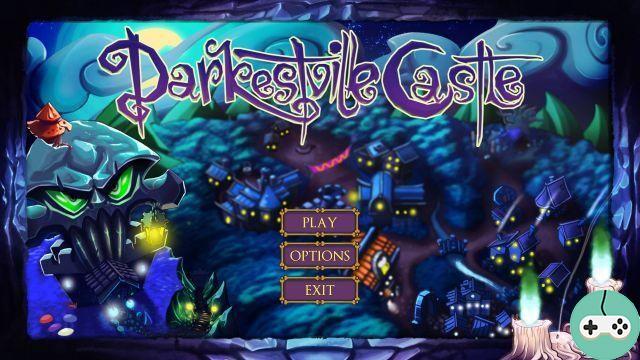 Darkestville Castle is a 2D point-and-click, developed by Argentines from EPIC LLama, taking inspiration from genre classics like Monkey Island and Day of the Tentacle. You will find at the end of the article the complete guide to the game, where I go as quickly as possible until the end of the game: perfect if you find yourself stuck at some point! If you encounter a problem and you get stuck anyway, feel free to post the question in the comments. 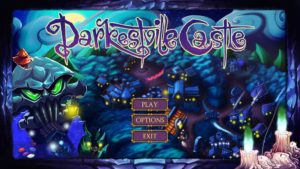 We play Cid, a demon who arrived as a baby in a quiet little town called Darkesville. He grew up, fulfilling his demon crimes and sowing discord among the inhabitants of the city. 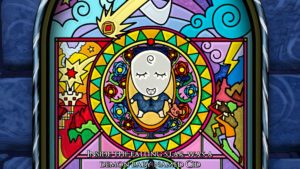 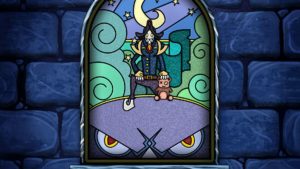 His nemesis is Dan Teapot, a bespectacled little guy who one day decides he is too many! He traps the demon in his castle by the time the demon hunters he has hired arrive. Cid lives his last moments if he does not quickly manage to get out of his castle which has become a prison. 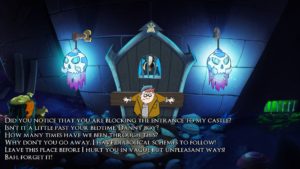 This is the opportunity to present the first riddle consisting in restarting the Machiavellian trap which is in front of the door in order to make Dan fall in to get out. With all the junk that Cid collects in his castle, a walk in the park!

Who says classic point-and-click, says interactions. All the useful objects in a scene are identified by small skulls by clicking on the exclamation mark at the top right of the screen: very practical for checking that nothing has been forgotten in the setting! 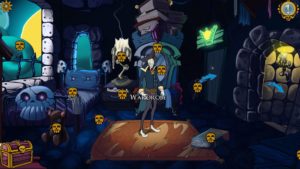 These objects have three possible actions: take, look and discuss. It doesn't matter whether it's alive or not. Of course, Cid will refuse to talk to inanimate contraptions, even if he will sometimes have surprises! Because yes, there are plants that chat in this demonic world. 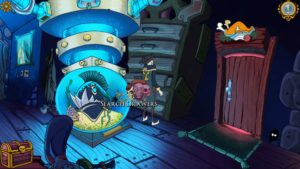 During discussions with NPCs, to save time, it is possible to skip the dialogues by left clicking, which avoids breaking the rhythm. Likewise, to go from one scene to another, there is no need to wait for the character to walk to the exit, the zone map takes care of it as soon as you double-click on the arrow identifying the exit. 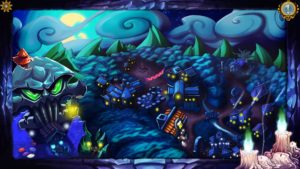 The inventory is opened either by clicking on the chest at the bottom left, or by using the mouse wheel. The objects are arranged in order of recovery and can be combined simply by clicking on an object, which brings it up, then clicking on another object. Any object can thus also be taken into the world and used on interactive objects. The small icon at the bottom right of each image allows the character to observe the object and draw certain conclusions necessary for the future. 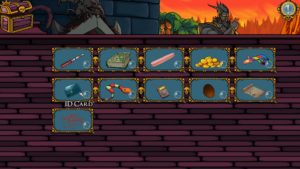 Darkestville Castle is entirely in 2D with fairly static settings, in the style of point-and-click adventure games. There are usually only a few things that move, such as a waiter serving drinks, clouds in the sky, or a chess player advancing their piece. And always in a cyclical fashion. Even if it may seem limited, it nevertheless works well with settings as sublime as they are unrealistic. 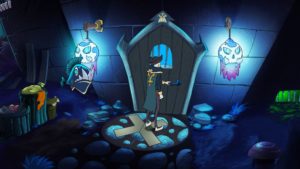 The humor is omnipresent, with atypical characters with crisp dialogues. Nobody takes themselves seriously and it works! 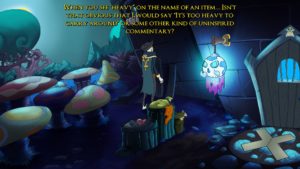 The music is not to be outdone, cheerful although a little repetitive after a while, it fits perfectly into the colorful and quirky universe of the title.

Are you stuck in your progress? So here is for you the integral progression of the three chapters of the game.

In exploration mode, allow about five to seven hours to complete the three chapters of the game integrating many puzzles across twelve levels. The story is well conducted and the progression remains evident thanks to intelligently led dialogues. While there are many times when it's hard to figure out how to get the right items, I haven't had those usual moments of doubt where I just don't know what to do or find. I recommend without hesitation Darkestville Castle to all regulars of the genre who have no problem in English (the game is not translated). With a little Deponia side that I love, I for one had a great time in the company of the earthy Cid who has little Rufus sides! 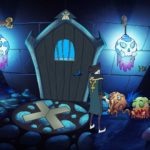 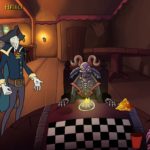 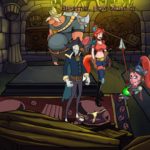