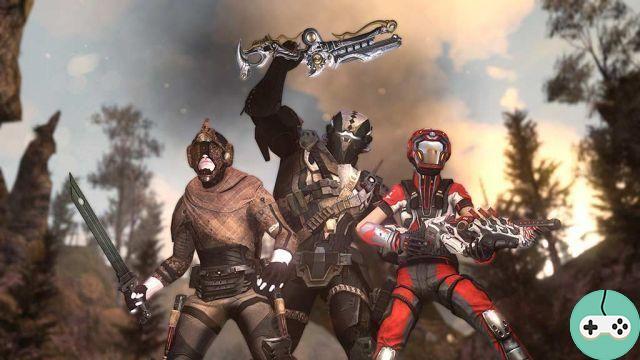 Whether in the cinema, in series and now video games, reboots are on the rise, we can not say the opposite. We can no longer count the deductibles that have been reset to start again on a new breath.

After Rift and its Prime server (not really a reboot, but rather a homecoming), it is Defiance that Trion announced to reboot a few weeks ago with Defiance 2050. Reworked graphics, new gameplay, a totally Free game -to-play, that's what the studio promises.

This weekend took place a closed beta session, which allowed us, Azashar and I, to know a little more about this "reboot" and to see the new features in action. But.... 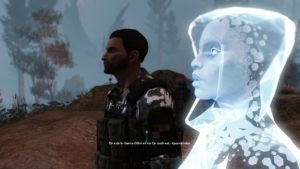 The main problem with this beta phase is that we ended up seeing very few changes compared to the Defiance that we know. Identical cutscenes, character creation still as limited, the same missions (whereas a priori, the game is supposed to take place in 2050, that is to say several years later). We see a little effort on the graphics, of course. It is true that the textures are a little more refined, but we are far from the promised “updated graphics”. 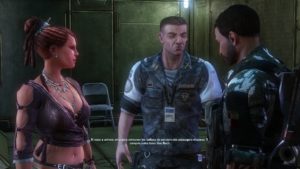 In fact, personally, I felt like I was going back to the game I knew, apart from the class system, which now offers 4 Archetypes (only Assault was available in this session). Instead of the EGO grid, which we could unlock as we wanted, we now have a relatively classic talent tree, which gives a feeling of limitation more than a real evolution. 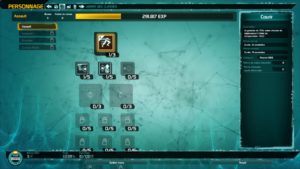 So there you have it to sum up the new features we saw this weekend: slightly improved graphics and a talent tree. Yes clearly, it is thin, very thin. The disappointment was strong, Defiance being at the time quite an ambitious game, especially for its universe shared with a TV series, and even if it was clearly not the game of the year, it had undeniable qualities.

With Defiance 2050, one can really wonder where Trion is going with this. Of course, this is only a beta phase, it is difficult to fully realize the potential of the game, but we must admit that it starts badly. 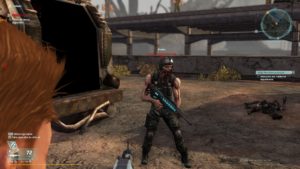 So, certainly Defiance 2050 will offer new content, probably on the end-game side. But that means for veteran players that they will have to go through all the previous content again (a transfer of characters is not on the agenda). Suddenly, the question that arises is: can we qualify it as a reboot or would it have been wiser to offer a classic extension?

Defiance 2050 ... I admit that when I saw the announcement for this new version, I was impatient to see what it was going to be. I really liked the base game and, without being a big, addicting MMO, I still spent many, many hours on it and return to it regularly. Suddenly, a new version could only interest me! Unfortunately, the reality is far from what one (I) could (s) expect. 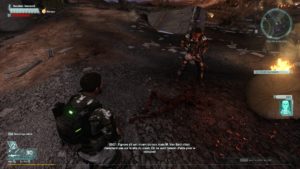 This is, for me, a pretty big disappointment, or rather, a feeling of "is this version really useful? ". In the end, I find that there aren't that many new features to justify the release of a new game. Because yes, it's a new game. No doubt wanting to surf on the success of the "re-emerged" Of Secret World, Trion wanted to do the same, but it is not a clear success. Admittedly, there is now a class system, with talent trees (no more the huge skills board that gave us immense freedom, but also galleys for optimization and management), the menu interface has been (very) slightly revised, the game is Direct X11 compatible, there are some small graphics improvements and ... that's it. 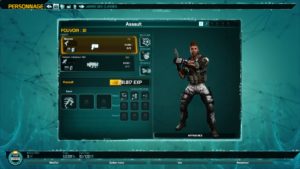 The rest of the game is the same. The interface, even if it has been slightly revamped, is still an eyesore to use on PC (navigation based on CTRL, space bar, keyboard key to change chat channel, etc.). The class system seems very nice, however, even if the beta unfortunately blocks us from a single archetype to test (impossible to test the tank, the healer and the assassin). And even if visually we see an improvement, it is not a leap forward either.

In addition, for my part, there are two big black spots on the board: this beta version did not allow to import / copy the data of our characters from Defiance, so we still do not know exactly what we are recovering / do not recover if we want to migrate. And unfortunately, Trion is still very stingy with information on the subject at this time. We know that the equipment will not be imported (this is not a big deal for me), but what about possible various purchases such as vehicles, costumes, etc. made in the store for example? The appearances that we unlocked throughout the adventure? Titles ? etc. Trion indicated that a “part of the purchases” could be transferred, without further clarification (fortunately, the account improvements - inventory spaces, character slots, etc., will be transferred!), But they don't! hardly communicated about the rest other than the equipment. Trion seems to want to focus on the "Valor program" put in place from time to time to decide what will be transferred or not (system offering bonuses / rewards on Defiance 2050, based on our achievements in "classic" Defiance), but even on this system, we currently have very little information about it. And second black point, this new version will divide the community, Defiance "classic" apparently continuing to exist in parallel. Is this community split a good idea? Knowing that, at the base, Defiance is not that full any more. Even if we always manage to find people for outdoor content, such as Les Arches, etc. The rest of the PvE content (Dungeons, etc.) is completely empty, the same for PvP.

In the end, I think Defiance 2050 is a pretty bad idea and nothing really justifies this new version. All the improvements / novelties could very easily have been implemented in the base game via a big update, or even a small extension to 15-20 € why not, as other MMOs have already done. It could have brought in just as much of the world, without separating the community or risking losing everything the early players achieved / acquired / bought without a real “gain” on the side.

I more or less share Azashar's feeling in the end. The interest of presenting Defiance 2050 as a new game seems to me rather irrelevant given the few new features that we have been able to detect. Let's be careful though, because Trion certainly has other things in store. But in this case, it would have been fashionable to give a little more information on it before proposing a beta that closely resembles the Defiance that we already know. 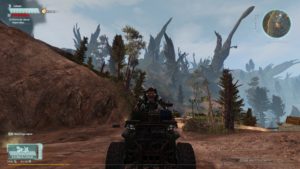 A real communication error in my opinion which could be paid dearly by the disinterest of the players, while the game could perhaps offer interesting things.

In short, even if my feeling is very mixed against this beta phase, I prefer to hide it and wait for the release this summer to have a better overview of the new features and decide if it was really worth presenting Defiance 2050. as a game in its own right and not as an update.

Note that a new closed beta phase is taking place this weekend, April 27-29. The opportunity for you to form an opinion. You can register on the official website.