Defiance - Relive the past 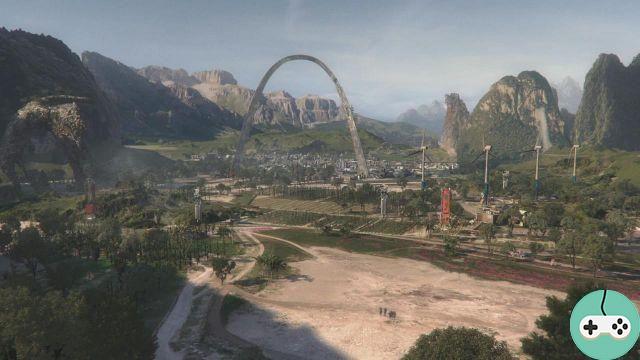 For the past few days, the Défiance community team has been posting posts on tumblr that take us back in time through the significant events that brought the history of Défiance to its current context. Who are the Votans? Why has our planet Earth been ravaged? What led to the Humans-Votans conflict? Why do arches fall to Earth? You will know everything.

The timeline is regularly updated. Gamesmanagers offers you a translated version.

On a distant world, a collective of Alien races, later known as the Votans, learn that their solar system is on the verge of death. They begin to devise plans for a fleet of Space Arches capable of saving them from destruction. The story of Défiance begins.

After decades of painstaking research, the Votans set their sights on a planet called Earth. The Arches fleet is launched from orbit. The history of Défiance takes off. 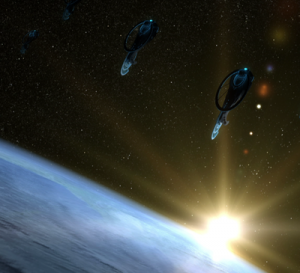 The departure of the fleet of arches

Scientists detect the Arches fleet heading for Earth. Fearing a general panic, the government decides to keep this information secret. 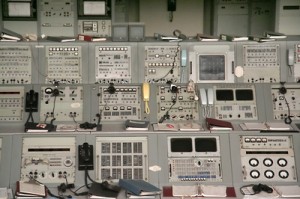 In secret, world leaders work together to form the first Terran Military Coalition, in the event that these outsiders are hostile in nature. 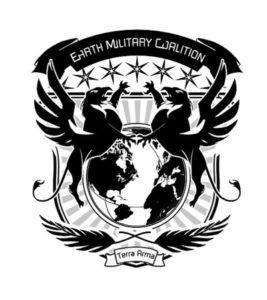 Creation of the Terran Military Coalition

Information about the fleet of arches is leaking to the public. Unable to contain the truth any longer, governments announce the existence of aliens to the world. 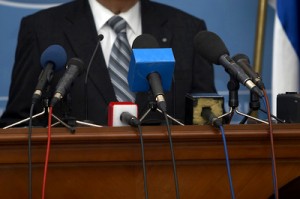 The existence of ETs revealed to the public 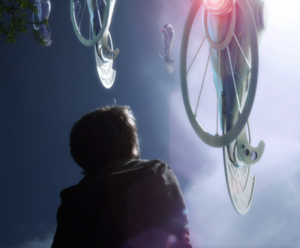 A small parcel of Brazilian territory is granted to Votans, but it is not sufficient to accommodate them all. Millions more remain hypersleep aboard orbiting ships. Tensions are mounting between Humans and Aliens. 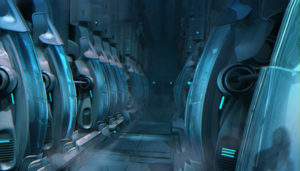 The fear of humanity and the intolerance of the Votans lead to riots across the world. 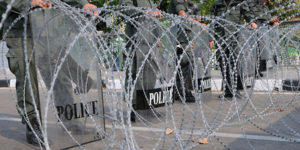 Beginning of the riots

Despite years of chaos, riots, and fear, Votan and Human leaders are embarking on a process of global agreement. 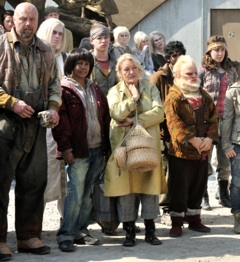 Fearing a peaceful settlement with the Votans, a Humanity lawyer first called Avinash Singh murders a Votan diplomat live on television. The incident reverberates throughout the Votan community and the talks rapidly deteriorate. 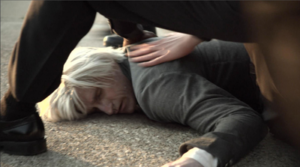 the failure of the peace process

After the brutal assassination of diplomat Votan, tensions between Humans and Votans reach a climax. The conflict engulfs the whole planet. It would later be known as the Pale Wars. 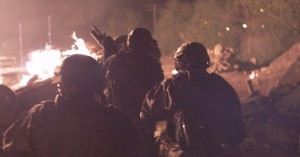 The beginning of the Pale Wars

The world war makes the delivery of fossil fuels to America problematic. Nuclear power is growing in importance and many new plants are built, including one along the Mississippi River in St. Louis, the future site of mistrust. 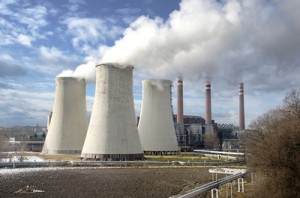 The dominance of nuclear power

At the height of the Pale Wars, when global conflict is at its height, the entire Votan fleet, in orbit, suddenly and mysteriously explodes. This event becomes known as ARKFALL. Fragments of these arches will continue to rain down on the planet for decades to come. 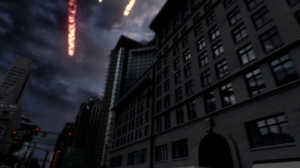 As the Votan Arches fall back to Earth, their terraforming machines are unleashed and begin to radically alter the landscape. Planet Earth turns into a strange Human / Votan hybrid world. 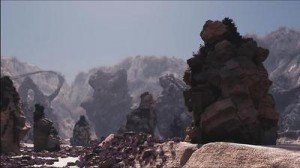 With terra-formed soil now available, Irathient farmers (editor's note: one of the Alien species of the Votan collective) are beginning to settle in the region once known as Saint-Louis. A few years later, this same zone will be known under the name of Defiance (note: in memory of the battle of Defiance). 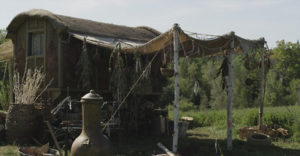 A fierce battle is waged in San Francisco. The losses are high. Human soldiers and Votans, disgusted by years of blood, disobey orders and lay down their arms. They regroup to pull civilians out of the rubble. This event will be known as the Battle of Defiance. 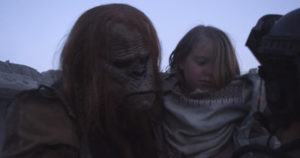 The Battle of Defiance

The story of the Battle of Defiance spreads. Peace movements began to emerge and, ultimately, the Defiance Movement led to an armistice. The Terran Military Coalition is dissolved, and the Terran Republic is formed. Humans and Votans, side by side, begin to rearrange the terraformed planet. 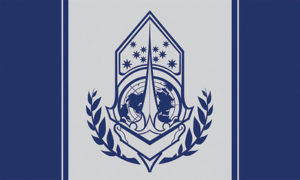 An imposing vein of Gulanite is discovered under Saint-Louis. The race for resources inspired mass immigration to the region that would soon become known as Defiance.

The provisional mining town built on the ruins of Saint-Louis officially becomes the town of Défiance. 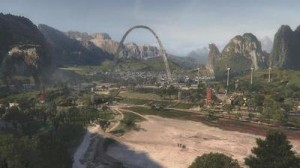 Official foundation of the city of Défiance

As the Defiance population grows rapidly, tensions arise between Human miners and Votan settlers. Can humans and aliens live peacefully side by side? 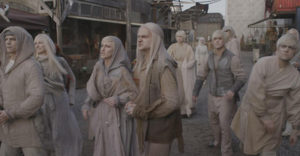 Defiance: the city of peaceful coexistence?

As a reminder, Défiance is a futuristic "MMOTPS" scheduled for April 2, 2013, but also a sci-fi series broadcast on the Syfy channel from mid-April. The Cross-media universe is calling you!

Live the game.
Follow the series.
Change the world.