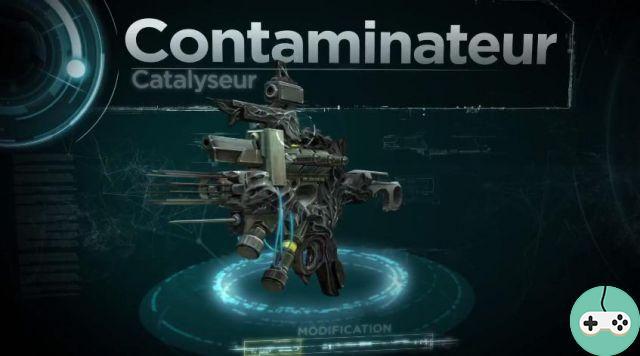 Defiance is a shooter, and anyone who talks about a shooter will necessarily talk about weapons.

There is, at this hour, thirteen types of weapons in the game. It ranges from assault rifle and grenade launcher to alien technology weapons. 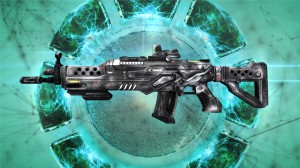 The assault rifles current are the direct heirs of the weapons used by the military of a few years ago. Taking advantage of technological advancement, they can be made relatively close to the originals, as they can enjoy a cleaner, thinner, but sometimes deadly appearance as well.

As the name suggests, these weapons are intended for assault. As efficient from near as from far, they offer good firepower, with a good compromise between range and precision.

Assault rifles feature different firing modes. Weapons with burst fire often have more firepower than their counterparts offering continuous fire. However, a burst of only four or five bullets, they are preferred against isolated enemies; where, on the contrary, assault rifles allowing continuous fire can spray the enemy in large numbers.

The assault rifle is an excellent choice for any pillarche, almost sufficient to tackle any situation; which most likely explains its popularity. 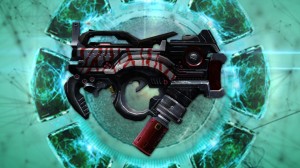 The submachine guns are smaller than their previously presented counterpart. With a reduced range, they struggle on distant targets, a direct consequence of the strong recoil they can generate. However, their very high rate of fire and their power at close range make them the weapons of choice for fighters who are not afraid to approach their opponent.

The rate of fire of the submachine guns often makes it possible to spray the enemy while making sure to hit him, even in the event of sudden movement. Such a rate allows, moreover, to hope for more associated effects; as the number of hits is higher, the probability of inflicting additional effects on its target also increases.

Be careful, however, of the great enemy of submachine guns: the lack of ammunition! Very greedy, these weapons could well fail you at the worst moment. Make sure you have a spare weapon, or an ammo stash within range! 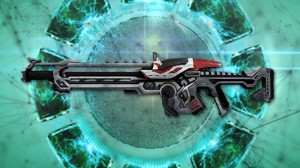 Finally, light machine guns are formidable weapons. Offering a much higher firepower than its two cousins, it also benefits from a much larger ammunition store, giving the pillarche time to rain death on his enemies before having to reload.

Light machine guns can also be equipped with either a burst fire mode or a continuous fire mode.

Very slow to reload, light machine guns are perfect for mid-range combat in large open areas. Their firepower will compensate for their precision, and will please more than one pillarche.

Be careful, however, to avoid moving while you use them: these weapons tend to have a strong dispersion during the movements, which can only be affected in your effectiveness. Your bullets will get lost in the background, often without hitting anyone among your enemies. 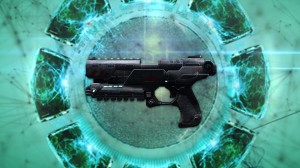 The guns are very common in pillarchs. Easy to transport, quick to draw and reload, they allow you to be reactive in the face of an enemy when danger arises. Often considered as a secondary weapon, the pistol nevertheless offers many advantages.

Revolver or pistol, this category is undoubtedly the most diverse present. Single shot, with more or less long delays between two shots, bursts, or even more simply continuous shooting until the magazine is emptied, everyone has the opportunity to find a pistol to their measure.

This weapon is intended for close combat, but retains good potential at medium range. Generally possessing good firepower, it allows you to tear the life of an opponent with a bullet in the head or several bullets in the body, depending on your preferences.

It must be recognized, however, that they are not as visually impressive as many other guns, as one can guess with any handgun. But you have to admit that there is nothing more classy than reloading your magnum after placing a bullet between the two eyes of your opponent. 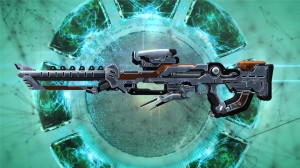 The bolt-action sniper rifles are highly prized by ranged fighters. Having an extreme range, the one who knows how to wait for his target to stop moving will know how to wreak havoc. Here again, the player can choose between a more classic weapon, quite old and terribly effective, or a more advanced version, directly out of the VBI laboratories, often less powerful but more precise and easier to handle. 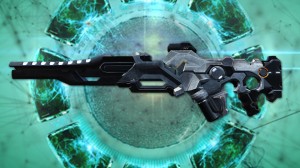 The second category of precision rifles includes semi-automatic. Improved cousins ​​of bolt-action sniper rifles, they traded some of their power for better maneuverability and, most importantly, the possibility of more sustained fire.

These semi-automatic rifles allow you to fire without a long wait, their recoil being so compensated that some even allow you not to take your eyes off your target while you shoot again. They are also intended for long-range combat, but will allow Pillarches to adapt more easily, retaining relative control over targets moving across the battlefield.

These weapons are very often appreciated by fast players and having a great precision, allowing to chain shots on multiple enemies, before they have even had time to react. Two or three heads protruding from a low wall? Enjoy it!

Remember to test the different weapons at your disposal before deciding which one you will use to face the enemy. Every pillarche is a deadly weapon, but it is always better to be sharp.

The following video shows you some of the game's weapons in action, as well as the mods that can be used to improve them.

And as a bonus, a Taome livestream which presents all the weapons available in the game:

Update of an article published on March 8

RaiderZ: the hunt is on! ❯

Add a comment from Defiance - Unique Mods and Weapons