Deponia - Rufus is embedded on the PS4! 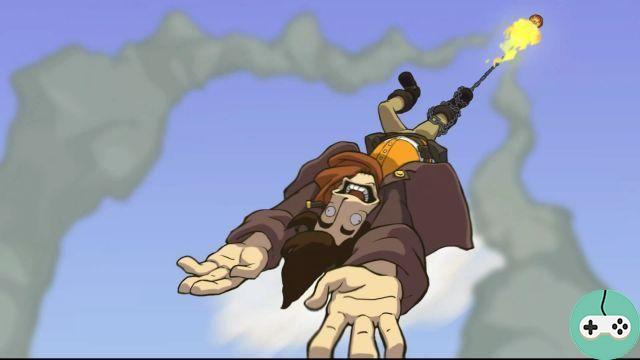 If you've ever read my previews of games from the Deponia series, you know that I really enjoyed all of the games in the series in their PC versions, being especially excited about the release of the latest surprise episode, Deponia Doomsday. . At that time, I had notably replayed the first opus, the same opus that the PlayStation 4 now hosts.

For those who don't know, we play Rufus, a sweet dreamer who lives on the trash planet Deponia. Unlike the other inhabitants who revel in this tide of waste, or in any case who have no desire to improve their daily life, Rufus hopes to fly to the magnificent Elysium, a floating city that overlooks the surface of the planet. . His plan this time will work, he is sure. Thanks to its skillful calculations, the grappling hook will attach its capsule to the organon cruiser which regularly passes over its house and thus take it to Elysium. He firmly believes in it ... until he reads the letter from the capsule supplier who apologizes for the delay in delivering the screws. 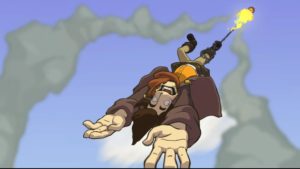 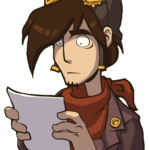 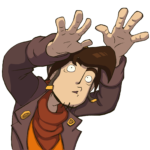 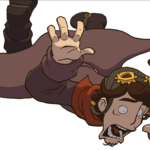 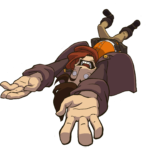 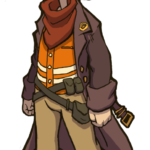 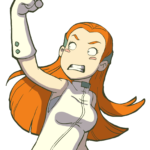 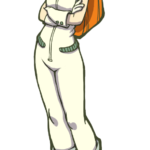 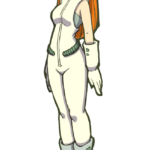 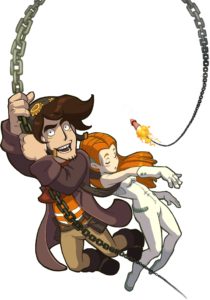 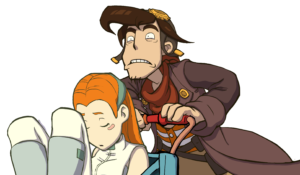 Deponia presents the unlikely adventures of a kleptomaniac antihero (at the same time, we are in a point-and-click where we recover everything that lies around), egocentric and clumsy in a world of ubiquitous cynical humor and sets improbable. The atypical characters are crisp and nothing ever turns out the way you might expect. Rufus, despite his faults, can't help but play heroes, ready to swoop in to help the damsel in distress, even if that often only makes the situation worse. Endearing, sad at many points, the story presents an interesting development that stretches across all four episodes ... and maybe more someday (a Deponia 5? Daedalic? Think about it!) Even though Doosmday really smells the conclusion. 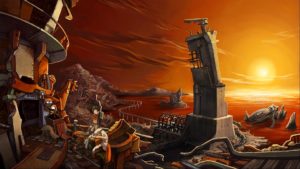 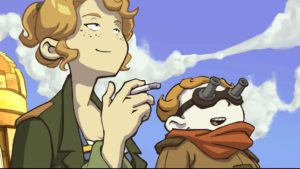 On PlayStation 4, all the elements that made the success of the series are taken up, the crisp dialogues with distinctive voices, the humor, the hand-drawn graphics (I really like the cartoon / comic style even if I can understand not everyone), the arrhythmic music of a sinking world. Deponia (in any case the first) in no way revolutionizes point-and-click and the gameplay remains classic: we collect objects that pile up in the inventory, we can then combine them to create other objects or use to interact with another element of the decor and thus progress. The dialogues are based on lists of choices, the answers being able to influence the sequence of events. 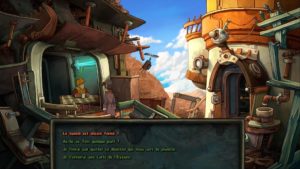 There are also optional mini-games (you can skip them if you don't manage to do so without consequences for the rest of the story because they will then be automatically validated), often based on logic. And always linked to trophies. 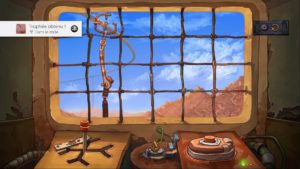 On the other hand, it was necessary to modify the interface for the gameplay to be pleasant for the controller. Rufus moves with the left joystick, the right one moves the action cursor, allowing in particular to select items on the screen without necessarily moving the character. The controller brings an undeniable nicer side to the handling of the character, no need to click on the ground here. If you miss this, you can always do it by placing the cursor in a place and then pressing X. To change the screen, two choices: by clicking on X, you have to wait for Rufus to walk there while walking. 'with round, it loads direct (like the double click of the PC).

The R2 trigger displays inventory, which is quick and efficient. The cross is also dedicated to inventory management. Left and Right scroll the objects, while Down displays it even though I prefer the trigger for it. Combining objects is less easy to achieve because it requires going to an object, making a triangle, then going to the other and doing a triangle again. 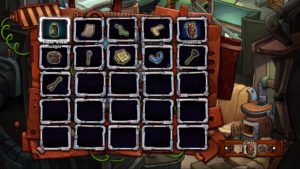 I looked for a while for my favorite key on PC (Space) which displays all the interactive elements of a scene, so it's R1 or L1. On the other hand, it is only displayed for a while, which forces the key to be spammed (on PC, it remains displayed as long as you keep pressing Space). Small practical addition, it also selects an element with each click, cycling between active elements and screen outputs. 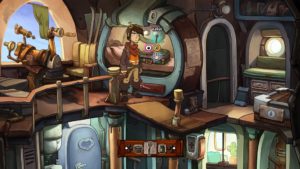 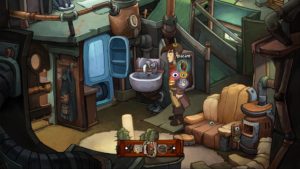 In the scenery, each object has a maximum of four actions which are displayed in the form of small bubbles once the cursor is over them. Actions are actually linked to the four main buttons (Triangle, Circle, X, and Square) depending on their location on the screen. Even if the layout is logical, I myself often tend to want to systematically use X to activate my object. 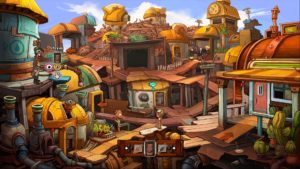 After a while of adaptation, it works. I'm finally more embarrassed by my habits acquired on the PC version and I probably have more trouble getting started than a new player who has not been formatted by all these hours already spent in the company of Rufus. On the other hand, it is sometimes a little difficult to select the smallest objects on the screen. Because even with a large television, and therefore a good resolution, it is small and necessarily more distant than on a computer. 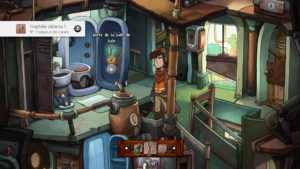 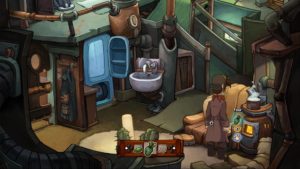 If you want to embark on the adventure on PS4, do not hesitate. On the other hand, you may prefer to play the entire game on PC because there is unfortunately only the first episode on console and you will therefore be left on your hunger after the fifteen hours of play on offer. Steam for its part offers a bundle with the first three (which you can find cheaper by looking at a few external resellers), and especially Doomsday. Finally, if you can wait, there is no doubt that these episodes will arrive at one time or another on the PS4!

Add a comment from Deponia - Rufus is embedded on the PS4!