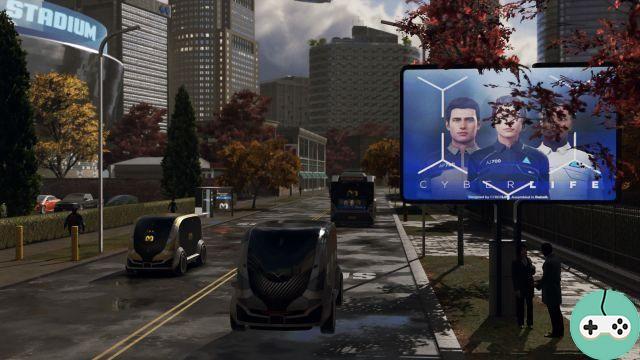 Expected since 2015, Detroit: Become Human was finally released last week on PlayStation 4. Thanks to a code given by PlayStation, I had the chance to discover this incredible story. 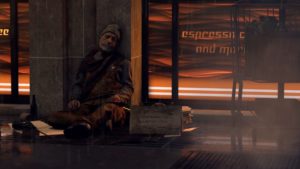 We are in 2038 in the city of Detroit, completely transformed by the android revolution. CyberLife's larger-than-life creations are everywhere, used to accomplish the most painful tasks that humans no longer want (or can't) do: housekeeper, delivery man, cashier, driver, maintenance worker. These androids are believed to be emotionless and mindlessly obey orders. Completely dedicated to their functions, they do not benefit from any consideration, any rights. After all, they are just machines, not "real people"! 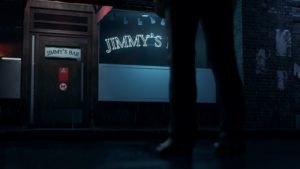 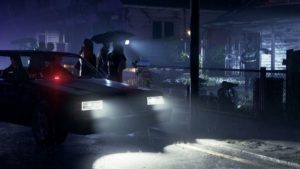 But some go beyond their programming and start behaving irrationally ... like humans! They love, they panic, they fear death ... These deviants are not tolerated: at the first signs, they are mercilessly hunted and slaughtered as discreetly as possible. CyberLife values ​​its profits and doesn't want rumors to spread, it would get bad press for its products if consumers realized that their new friends are potentially dangerous.

This evolution of androids then poses a fundamental question, with a clear reference to Asimov's masterpiece, tinged with a few references to Terminator: what rights for these new beings endowed with consciousness? Are Androids Equal To Humans? They who do not receive any salary and travel in a special compartment in transport would they not have become slaves of modern times? 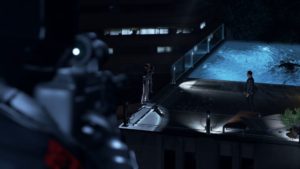 All these ethical questions highlighting problems such as racism, tolerance, acceptance of difference are asked through the scenario which takes us to discover the daily life of three of these androids. The first one is called Connor, he works as a consultant in the police force in the service in charge of arresting his deviant colleagues. The second is called Markus, he is a life assistant to an elderly man in a wheelchair in a magnificent residence. The third, Kara, helps an isolated and abusive father raise his daughter in an underprivileged part of town. 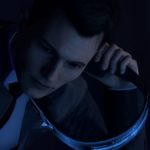 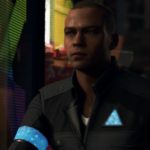 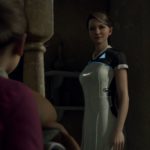 The game is above all focused on the story and the scriptwriting choices to be made for the characters whose destiny we hold in hand. Scene after scene, we play one of the three heroes and we are made to choose what he does and what he says, with all the consequences that follow, including the most fatal. The gameplay is quite limited and often very guided (going to such and such a place, cleaning such elements ...) with often recourse to QTE and a maximum possible use of the features of the PS4 controller (sound, touchpad, gyroscope, etc. .). 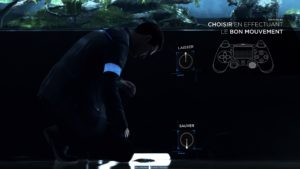 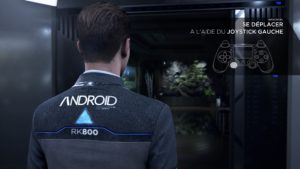 Some tasks must be completed to continue, while others are optional, even if the optional often turns out to be much less trivial than it seems for the rest of the event. Rather permissive, the game allows time for observation, very rarely is there a notion of delay with a somewhat stressful stopwatch. Each scene has one or more different endings, the choices made are displayed at the end in the form of a decision algorithm, without revealing the potential other possibilities: it will be necessary to replay to find out! Note that it is even possible to miss entire scenes, for better or for worse. 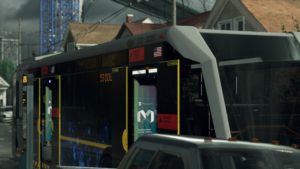 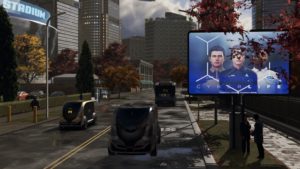 Immersion is ensured by an impeccable staging evolving in a marked out, controlled and directed environment, Quantic Dream masters at all times what the game shows us for perfect images. Great care has been taken in the graphics of this futuristic version of Detroit, there is also a director of photography as in the films, with chiaroscuro and play of light (urban lighting, large billboards ... .), all in an almost constant rain. The characters with perfect faces offer moments of rare emotion, carried by a soundtrack that knows how to magnify the moments without imposing themselves. Things are a little less well managed in the phases of movement where the camera sometimes makes its own, it adapts strangely to the movement of the character which can lead to missing a detail and making choices distorted by a poor perception of the character. 'together. But that's the only flaw I find in this experience that kept me going from start to finish.

Certainly the best game of Quantic Dream so far, Detroit: Become Human gave me the impression of having gone to see a very good film with a consequent budget, while having had the opportunity to choose the dialogues and the scenes. Each player will have had a different experience, very different, and not based on minute details in the plot. The fact that the ramifications of the choices are revealed is a great thing, I like this transparency about the fact that sometimes, no matter what you try, it has to be that way. Too often, I have been disappointed in certain scriptwriting games when I discovered that certain parts turned out to be set in stone. 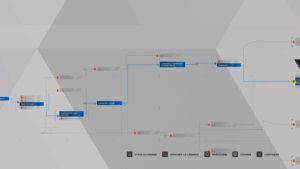 Live like a new experience, between a film and a video game, do not miss Detroit: Become Human if you have the opportunity. You would miss a story full of twists and turns in which you are truly the hero! There exists a free demo if you want to test to convince yourself. If you are already ready to begin the adventure, the full game is available exclusively on PlayStation 4 for € 69,99:

add a comment of Detroit: Become Human - Sit back on your sofa and savor