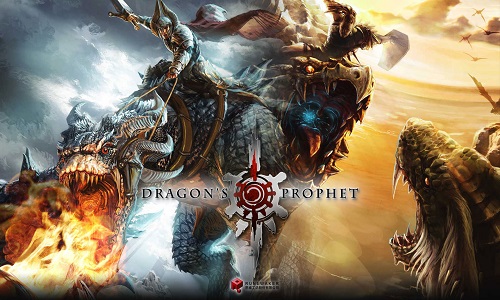 Dragon's Prophet is a somewhat peculiar kind of MMO where we are indeed closer to beat'em all. This includes a dynamic combat system, comprising a skillful play between the left click and the right click of our mouse, the parry button and the dodge key. There is no question of falling asleep on your keys: a good dose of responsiveness is required. 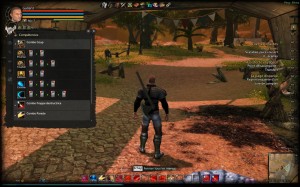 A good mastery of the combo is the basis of survival. 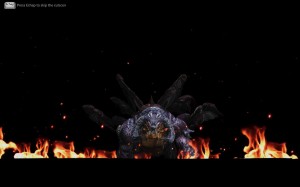 An intro that is cold in the back.

The creation of the character is really very complete. And even if that pushes us to spend half an hour to make an avatar worthy of the name before playing .... well that's good. Because you have to admit that when you play in a persistent world, it's painful to see your double every half hour. You have everything you need to make your character unique so don't hesitate to spend some time on it. 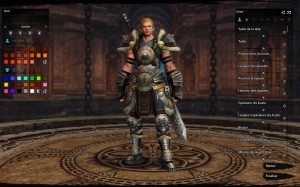 Four classes for a single breed:

We are talking about classes here. But in fact, it is more archetypes because nothing is determined by our class but by our dragon ... well our dragons. Indeed, the captured dragons bring different bonuses, allowing you to customize your class to play it in a unique and personal way. 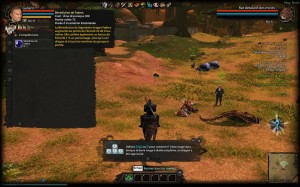 Then comes the choice between three villages for the start. I personally find it a bit light to have three different places to start the game knowing that we only have one race. But you have to admit that this is enough to avoid suffering from boredom if you want to mount a few other characters. 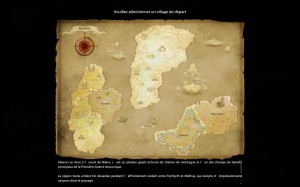 From what I've seen, the opening frame is quite similar although shot slightly differently. We therefore find our spirits in a village undergoing an attack. Repelling the attack will serve as a tutorial. Then, once victorious, we are free to move around, towards the first quests and crafting. 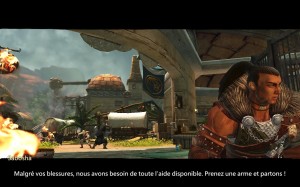 In the beginning genre not jouasse ...

We can finally take the time to familiarize ourselves with the game system. Our character has the possibility of making a double jump, which is really appreciable for exploration. No more pixel jumps! Graphically, the game can be improved, but the graphic touch lends itself perfectly to the heroic-fantasy universe. It didn't take me very long to immerse yourself in the colorful atmosphere of the world of Auratia. 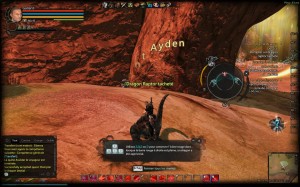 The capture is in the form of a mini game.

Once your first dragon has been captured, two possibilities of use are possible. It can be used as a mount and / or as a combat pet. And we must admit that having a mount from the first hour of play is still super pleasant. There is always the option of using the fast travel between cities for those in a hurry, although personally I much prefer traveling the verdant plains on the back of a dragon.
There are more than three hundred different dragons, I'll let you count the number of possibilities that this leaves to players, whether in terms of customizing their avatar or in time spent trying to tame them all. 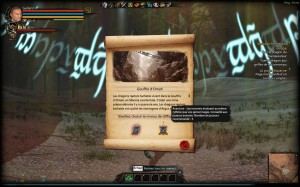 Right after the capture of our first dragon is offered the possibility of making his first dungeon. Two modes exist to browse the dungeon: a single player mode which obviously allows you to start it immediately without having to wait to form a group or a slightly more difficult mode where it is advisable to be at least three (see above) . The dungeon takes place in a classic way. We progress through monsters and ambushes to reach the final phase where the boss awaits. A first dungeon that I found short .. I regret not having been able to cover it with other adventurers I met at the bend of a path. As a video is better than a long speech, here is a small phase of gameplay on the first dungeon:

To sum up, I would say that Dragon's Prophet will know how to find its players. Despite a design that can put off at first glance, its mechanisms are interesting and varied. I only speak here of the basic operation of the game, there is so much and more to discover beyond these first levels that I have put together for you. In addition, if the story and the plot of the scenario interest you, you can find everything on the official site. The game is currently in open beta and will officially launch in a few days (September 18). Completely free, do not hesitate to test it, it will make you appreciate Auratia if you are interested!