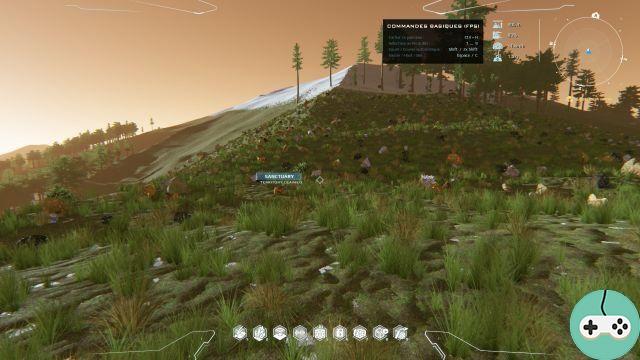 I discovered Dual Universe years ago, during its Kickstarter campaign, and since then I have been very actively following this global and ... spanish MMORPG! I am not chauvinist most of the time, but I admit that it is nevertheless a pleasure to see our country involved in a project of such magnitude. The NDA has finally fallen, so let me introduce it to you today. I'll keep it general so you can make up your own mind. My goal here is mainly to help you decide whether or not to join the adventure. Depending on my progress, I plan to do other articles that will focus on certain points. I just want to clarify that some screenshots are missing because I prepared this article on the pre-beta version, which was open to backers a few days before the public got access, but which was still restricted by this obligation of confidentiality. 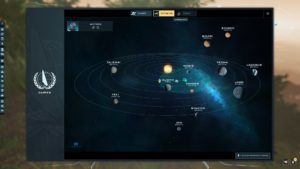 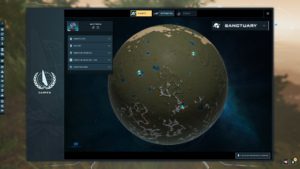 The background story of the game is relatively simple, but has the merit of existing. The destruction of Earth has been announced and has proven to be inevitable. Before the disaster, a few thousand humans selected by lottery had the chance to embark on Arkships and go cryonically to a new solar system. Players take on the role of one of these pioneers, freshly thawed on the planet Alioth.

Aphélie, an AI, is there to verify that the trip went well and that each individual is prepared for this new life: the excuse to integrate the tutorial. The latter is completely optional, which can be passed (overall or step by step) for those who already know or who do not want to listen to twenty minutes of explanations. Yes, it's a bit long, but it's really necessary and I regret not having been able to take advantage of it during my first gaming sessions. For example, it would have saved me from spending hours mining in dark tunnels because I did not know that there was a flashlight built into my suit! In addition, everything takes place in a complex provided for this purpose, with examples, illustrations, a bit like visiting a museum, which already prove all the possibilities of construction tools. In addition, there are institutes, organized by activity, to deepen certain aspects: mining, construction, piloting, war ... 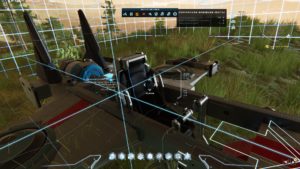 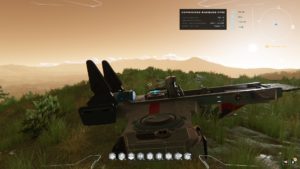 At the end of this very guided start, I find myself with the blueprint of a speeder and the components needed to deploy it. I am also strongly encouraged to go to a moon sanctuary via a free shuttle. There, the combat between players is deactivated, thus allowing the pacifists to live happily. There is no obligation, some players may choose to settle directly on Alioth ... at their own risk!

Dual Universe is above all a sandbox, without a quest, at most a few vague objectives to help focus. There are no classes either, on a principle that reminds me of Star Wars Galaxies. The skills are assembled in blocks, dedicated to key activities, with a principle of third parties and fairly complex dependencies. Even if the reading is not easy, I admit that I almost preferred the old interface for that, all the prerequisites are fortunately added to the choice of a skill. Active learning of a skill takes place in the background and continues offline, a great thing for the casual gamer. Even the distracted person who forgets to start learning will accumulate points, less of course, but this will allow him to be able to progress despite everything on his next connection. 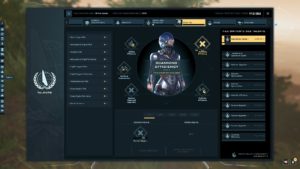 This is how the characters learn crafting recipes, how to better manage their inventory, how to optimize the yield of a mining vein or how to effectively pilot a ship. It is essential to focus because there are too many possibilities to do everything, well at least at the beginning. Of course, eventually, the most assiduous will succeed. It's just going to take months, if not years, because the thirds take more and more time, and count in weeks for the last ones.

The classic "progression" of a player will lead him to settle on the moon sanctuary to build a house or at least a hangar (a stationary construct) to store resources, in order to build a spaceship (a construct mobile). This ship will undoubtedly be atmospheric at first, it already takes a lot of resources to build it and supply it with energy, before of course targeting space. There, space stations can be put into orbit around celestial bodies, a solo player on the other hand will find it difficult to tackle them alone, so this will undoubtedly be the right time to join an organization if it has not already been done. made. 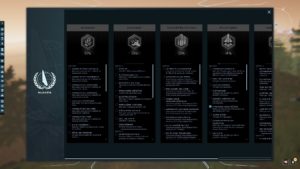 If you ask yourself the question of: "will I necessarily have to join a group of players?", I would answer you that it really depends on what you want to do. The universe is vast, well enough to provide all the necessary resources for everyone. In addition, in this beta, these resources are now also accessible on the surface, in the form of small colored pebbles, making the start even easier. Of course, a single player won't be able to get to certain dangerous areas where the best resources are without risking getting shot (and death results in the loss of their inventory). Nor will he be able to participate actively in the battles which are regulated on a galactic and not personal scale. I could be wrong, but it makes more sense to me to join an organization if you plan to settle down in this new universe. Of course, if you want to log in once a week just to play around with your ship, you won't need anyone! 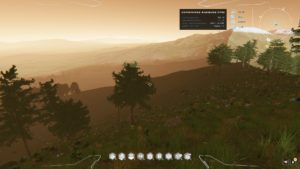 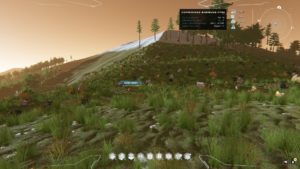 The main problem with the game during its alphas was its accessibility. I am pleasantly surprised: a lot of work has been done on this side with the tutorials, which really prepare players to understand better. The interfaces are nicer and clearer, and there are many ways to be guided, without constraining a player who would be more comfortable. Optimization has also been done in terms of performance and handling. Driving a vehicle on the surface caused great slowdowns and inertia made it difficult to control. I had to travel 25 km to get to the place I had chosen on the moon, a corner that seemed nice to me between the mountains, and my trip was more fluid than ever. So yes, sometimes the surface takes a little while to recover all these details, but it is nothing compared to before.

To conclude, do you recommend the game? I was 100% for it from the start, but I was aware of its flaws. There are still some points to improve, such as localization in spanish (many elements are still in English including the tutorial), the tools to reach a friend (facilitate teleportation, groupage, communication ...) or external environments. (the moon is reduced to a series of plains and trees, sometimes with a few mountains at the top of snow). But as it stands, Dual Universe offers a galaxy of possibilities that any player looking for space exploration will want to seize. Yes, you can wait for the game to be even more polished when it officially launches, but these new lands won't stay pristine forever, it would be a shame not to be part of the first wave of colonization! 58 have already embarked ... and you?

Audio Video Dual Universe - The universe is at your fingertips!
FFXIV - Some images from update 3.4 ❯

add a comment of Dual Universe - The universe is at your fingertips!