ESO - Beta - A province of fire and blood 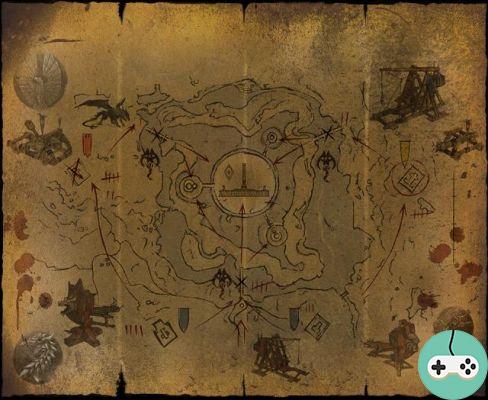 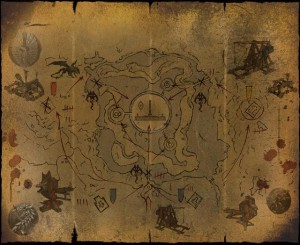 Nostalgic for the Oblivion era? The AvA offers you from level 10 to go find the province of Cyrodiil to fight many battles. So, what about this card? Can we easily recognize this region, about 800 years before The Elders Scrolls IV: Oblivion? Here you will find my impressions on this subject.

Little House on the Prairie

Once there, we realize one obvious thing: it's big. Very large. Allow around 25 minutes, depending on your meetings, to cross the map from North to South on foot. Suffice to say that a mount will be required if you do not want to destroy your boots. Something to explore, since it is possible to progress through woods, mountains, caves and other more civilized refuges. Most of the area is occupied by woods and tall grass, which will come as no surprise to connoisseurs. Overall, these environments look pretty believable, showing a similar quality to PvE environments.

At the top of the list of places to visit, we obviously find the Imperial City. Bad luck, it will not be available when the game is released, but remains visible and well guarded by some rather violent Daedras! A massive anchor occupies the top of the City. Molag Bal seems to have some plans for the White Tower ... 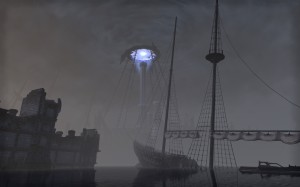 Note that the seabed is particularly dangerous. Acting as natural borders, do not expect to reach the City by swimming. Indeed, piranhas occupy the place and will not hesitate to reduce you to crumbs after 5 seconds ... the fauna is no joke!

Regarding the structure of the map, it generally resumes that of Oblivion. You will easily recognize certain localities. However, once there, we must admit that the resemblance is sometimes less obvious. Even if the province retains identical characteristics, visually the landscapes have been rearranged so as to better stick with the AvA. Equally pretty and logical in idea, the exploration was overall quite enjoyable.

Anchors are also part of the game. I had the opportunity to see two, including one above the ... Temple of the Master of the clouds. Something to delight connoisseurs of Oblivion. The Imperial City is not spared either, since an anchor with more imposing chains overhangs the white tower. Personally, I can't wait to see what it will look like once we have access to it!

A bit of hiking

Although Cyrodiil is mostly green, it also has some rocky areas where it is not uncommon to cross hiking trails and infrastructure. For example, I have come face to face with an unwelcoming Imperial camp or a few forgotten ruins.

In addition, several caves exist and these were the opportunity to find there at random a quest leading me to the heart of a mining complex. Greeted with an ax, I was forced to flee quickly until I could come out near the mountain ranges serving as the border between Cyrodiil and Skyrim. There, the atmosphere is radically different. The snow brings a welcome touch of variety.

Like other regions, the level of detail is impressive for a massive PvP map. The graphics engine ensures a very correct fluidity during the clashes, and this with an important level of detail. The joys of battles in the thickets and tall grass are yours. Thus, we have an area with sufficiently ventilated spaces and therefore suitable for massive battles. The same goes for fortresses and other buildings, again drawn in a way that is consistent with the universe. 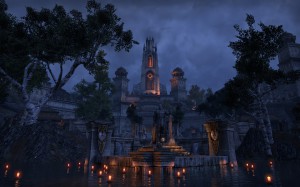 To conclude, I was therefore rather satisfied with my visit. With a terrain remodeled for the occasion but generally respectful of the known Cyrodiil, we quickly take pleasure in discovering the PvE elements. In addition, there will be more than enough room for confrontations worthy of the name, accompanied by some strategically interesting reliefs. Later, all you have to do is open the doors of the Imperial City and explore every nook and cranny.

ESO - Success of the Imperial Edition

SimCity - The construction of Bordeleau Bay