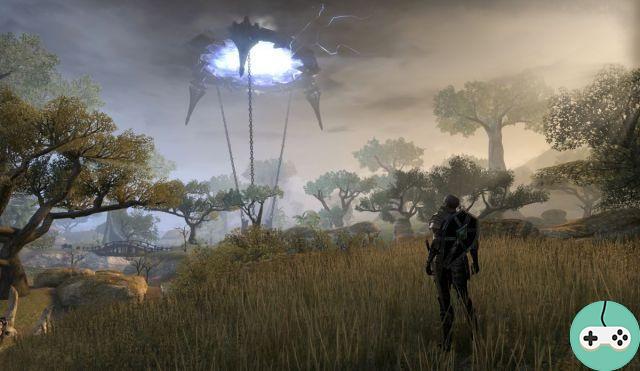 Recent beta sessions have shed some light on how inventory, items, and guilds work in TESO. 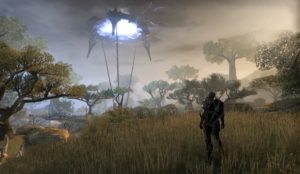 In TESO, objects do not occupy physical space, and have no weight. However, each object of a different type occupies an inventory slot. We start the game with 50 slots per character. In addition, there is a bank, shared between all the characters of the account, allowing to initially store up to 30 objects. Finally, having a horse with points in the load transported increases the transport capacity.

These values ​​may increase:

Some players save from the start of the game to be able to buy a horse (first prize: 17200 gold for a horse without capacity initial transport, and just after in the 42000 after). I personally think this is a miscalculation, because - although the prices may still change by the time the game launches, I hope - the money making in TESO is not phenomenal for the first levels. . Indeed, the standard monsters bring at best 1 gold coin maximum per monster, and the quests of level 10-13 do not bring more than a few hundred coins. Items for sale, assuming you don't keep anything for crafting, only sell a few coins, or even 12 or so up to level XNUMX. It's pretty hard to actually get rich.

A phenomenal amount of crafts

On the other hand, the quantity of "useful" objects in the game is quite impressive and very quickly you will find yourself full of objects with nowhere to store them. If again these were items for making money, but we're talking about crafting components here:

and this is obviously without counting the basic materials of the crew (wood, metals, leathers and fabrics ... 9 different types of each)

A large part of these elements are recoverable from level 1 and are not linked to specific areas in terms of progression or difficulty. Also, although crafting resources are stackable, item stacks have a maximum of 100 items, after which a second stack is created, using an additional slot.

So it will be very difficult to store everything to make crafts or help your friends by providing them with raw materials with such a small inventory! So if you want to do crafts, the first choice:  enlarge your bags! 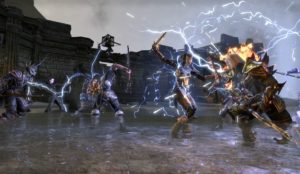 The Guilds, their bank, their store

The guilds in TESO have a very important community role, perhaps more than in the other games, because it is through them that the notion of "auction house" can exist, there is no "global one. ".

When it was created, the owner of the guild defines the guild's affiliation to one of the three alliances. A guild can perfectly welcome characters from all races and alliances, but in PvP it will only be possible to participate in a campaign only in the alliance supported by his guild.

As announced, each player account will be able to be associated with FIVE guilds. We cannot be the master of more than one guild yourself a priori given that the guild interface is transversal for all of our characters. There can only be one guild leader (highest rank), any attempt to promote to the rank of leader leads to the demotion of the leader who "abdicates" in fact. Likewise, a leader A of another guild X who tried to promote a member B who is a leader of another guild Y would receive an impossibility message. You cannot promote someone who is already a leader elsewhere as a leader.

There is currently only four guild ranks: Guildmaster, Officer, Member and Recruit. It's pretty basic, I hope they add one or two at least. The row names are editable.
Each of these ranks gives access to rights and privileges that can be configured by the leader. These rights mainly concern access to guild bank, guild store, editing personal notes members and possibility of claiming or ceding a fort on behalf of the guild in PvP.

There are two guild-specific features that can be unlocked:

Of course, since each player can be a member of a maximum of five guilds, this gives potentially access to 5 guild banks and 5 guild stores, thus allowing step by step, the creation of an inter-guild commercial network thanks to the members who are part of several guilds at the same time.

It is interesting to note that the banks and guild stores accept deposits and withdrawals from all guild members regardless of their faction. This will greatly facilitate the exchange of items and components between members of enemy factions.

A notion of so-called "mercantile" guilds specialized in trade but we do not know more for the moment.

Finally, the possession of a building (Fort, Farm, Sawmill, or Mine) in a PvP campaign in Cyrodiil on behalf of the guild will grant access to the Guild Store, not through the Banker, but through the Quartermaster stationed in that building. The major difference is that this Quartermaster will offer the Guild Store to anyone in your guild alliance .... not just guild members ! There is therefore a major commercial interest in having a building in Cyrodiil.


Do you want to be up to date and know all the tricks for your video games? In gamesmanagers.com we enjoy playing as much as you do and for that reason we offer you the best tricks, secrets or tips for you to play non-stop. We offer you quality content and always updated to keep you up to date. That's why, in our website, you will find not only videogame guides but also tricks, secrets and thousands of tips so you can play to the limit. Are you ready to get it? Enter now and enjoy your videogame!
WildStar - Timetravel Unveils Features in Development ❯

Add a comment from ESO - Beta - Inventory and Guilds