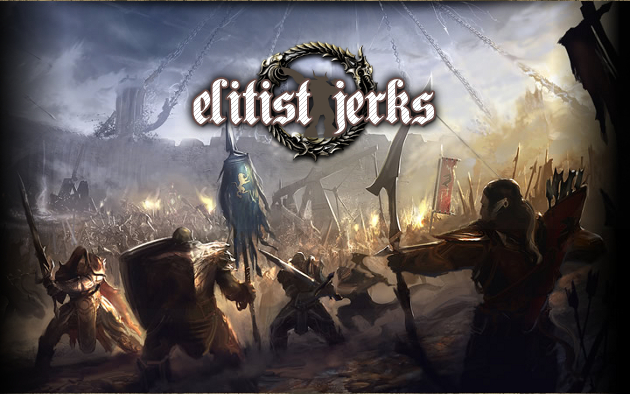 Following the PvP-oriented Q&A session live on the ElitistJerks forum, we give you a thematic summary of the different answers provided by Brian Wheeler, PvP manager for TESO. (some answers are already known, at least in part, but a reminder is always useful!) 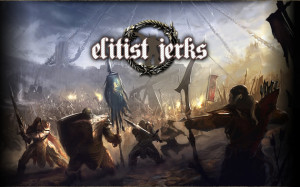 - Zenimax confirms that there will be no no self-attack, only mouse-controlled combat requiring player responsiveness, like Skyrim and the Elder Scrolls

- In PvP, the player's ability to quickly dodge, block, skill and charge attacks is essential. The network latency is taken into account but despite everything there is room for these actions to work well in battles.

- There will be no collision between the players, the developers have chosen to favor fluidity over realism to experience great interesting battles, because in the masses of players the collision can quickly become frustrating.

- To become emperor, your faction must have conquered the 6 forts around the Imperial City. But to lose the status of emperor, one must also have lost the six forts to an enemy alliance (in other words, impossible to have two successive emperors from the same alliance)

- It is possible to have interesting content for groups of 4 players within the framework of the alliance war. an outnumbered group may well stand up or beat a larger group depending on the skill choices of the two groups and their degree of mastery.


- When entering Cyrodiil at the beginning, it is better to stay in large groups while you are familiar with it, then later small groups can be very effective in targeted actions.

- groups of 6 or 8 players can perfectly defend a very well consolidated against assaults of about forty players.

- Although the zerg technique in mass PvP is common, it is quite possible that more small groups with better skills can beat those same zergs. Zergs are the easy way out for those who don't want to get involved in advanced guerilla techniques or targeted or very tactical attacks.

- The siege weapons have been adjusted to allow coordinated small groups to come together defeat big groups disorganized.

- The minority alliances get bonus alliance points when attacking the leading alliance.

- The PvP ranks will be visible on the battlefield as a different symbol depending on the rank above the characters. There is also armor specific to Cyrodiil that looks familiar to Elder Scrolls players.

- The Leaderboards are available in the game and update every 10 minutes. They can be filtered by class, alliance, and global for a given campaign.

PvP vs PvE gear and skills

- Some skills of PvP and Emperor trees are useful in PvE, others, such as those relating to siege weapons are only useful in Cyrodiil


- The passive skills for which you spend points are permanently active it doesn't matter where you are and what you wear (note: nevertheless, a skill may specify that certain effects only apply specifically if you are wearing a type of weapon or armor for example)

- It is not necessary to use specific PvP skills to be effective in PvP, you can already be with all the skills acquired from anywhere in the world (PvE or PvP).

- There are armor sets only available in Cyrodiil with specific appearances and bonuses, but not essential to defeat your opponents

- there is an explanation for the fact that Cyrodiil does not have a jungle climate at the time of TESO (whereas single player books say it should). You will find the reason in a particular book which is in Cyrodiil.

- The Cyrodiil PvE content (quests from the towns of Bruma, Cheydinhal, Chorrol, Cropsford, Vlastarus and the dungeons) no direct influence on PvP and alliance warfare but allow you to earn weapons, armor and gold that will be useful for PvP

- Alliance warfare also has a economic dimension because repairing walls and gates costs time and money. If you cannot win by force you can try a war of attrition forcing your enemies to spend more and more gold and alliance points to keep the walls standing.

- La Cyrodiil map is very large. It takes about 20-30 minutes to cross it from north to south on foot without stopping.

- The default time for a campaign is 3 months. The rules for acquiring points as well as the duration are flexible and will take into account player requests and feedback in beta. For example, in beta there was a campaign with a very short duration set at 48h

- There will be several campaigns in order to be able to welcome everyone, but not too much either so as not to lead to campaigns with too small a population. Zenimax has automatic tools to calculate campaign needs based on the time of day and the number of players online.

- There are limits in number of players per alliance for a campaign, and the minority alliances have bonuses vis-à-vis the alliance in mind to balance the forces involved.

- We do not know the number of campaigns at launch but it will be possible to change main campaign as well as the "guest" campaign. Each character begins with the possibility of changing the "initial" campaign for free, but subsequent changes will not be given and will cost alliance points.

- It is possible to join the campaign of other players if you are in Group with them.

- Your main campaign determines what are the bonuses related to the Alliance War in Cyrodiil from which you benefit.

- There are already big PvP oriented guilds playing in beta and they are doing very well. More invitations are to come.

- The guilds can acquire property a fortress, a sawmill, a farm or a mine (only one choice possible). The quartermaster will then display the contents of the guild store to any character (guild or outside) who interacts with it. Players can then buy any item that the guild that owns the place has put up for sale.

- it is not Not possible, in the game, of declare wars between guilds.

- PvP in TESO will be exclusively focused on the war between alliances, in Cyrodiil. There will never be servers equivalent to the Mordred server on DAOC (note: "full PvP" servers)

- The players of opposing alliances can use emotes to communicate in Cyrodiil, but written discussion will be strictly impossible, even face to face and in Cyrodiil (note: the only case where this would be possible would be in guild dialogue, in PvE, between members of the same guild but of opposing factions)

- La fluidity is the primary concern Zenimax teams and they do their best to optimize both server side and client side. There are many configurable graphics options to improve performance.

- Other siege weapons will eventually be addeds in the future, but the current panel and ammunition are already more than enough to wreak havoc and destruction.

Are there any points that call out to you? Do not hesitate to comment !