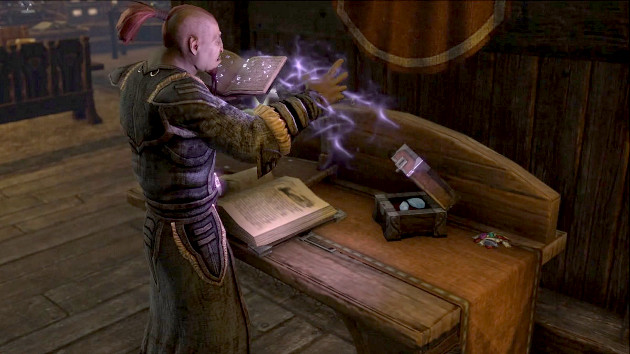 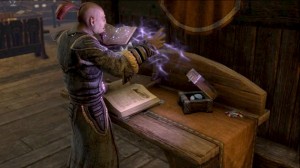 For many players, the Elder Scrolls experience involves playing in first person view, much like a first person shootout, seeing its weapons and the real effects. We have already had several videos where we saw this mode in action, but did any unforeseen obstacles arise in the process of implementation?

It happened much faster and easier than I expected. Sometimes when you go from the prototype to the playable version the result is quite good, but once you go to mass production it can introduce 75 new issues. It didn't turn out like that this time. Instead, two months later it was good.

One thing that surprises me is that I'm not really a first person player but I play Elder Scrolls both ways. For example, I played Skyrim in first person view and Oblivion in third person. So when first person view arrived in the game, I expected it to be similar, that I could play that way, but probably wouldn't. But I do. It's even my favorite way to play now. It's just super immersive and cool and I only play like that now. We've noticed that even MMO purists are starting to like this first-person view with a ranged weapon like a bow or staff. And then afterwards, once they get used to the basics of changing perspective, they handle it all that way. 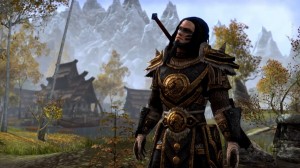 All testing is still in-house, but we're very excited to bring this part of the game into beta. We had a big PvP test in the office which was a real treat, and there are a number of anecdotes I could share from this experience. But let's just say it's pretty huge, there are epic 50v50 battles happening all over the battlefield.

The main thing that makes me happy is that we always get more specializations tested. We're in the midst of a lot of balancing and tweaking and most of the time even a small change in balancing is going to lead to some major changes in the desktop metagame around the most popular specialty.

The three or four specialties that are popular change every month and it doesn't always match what you expect. So what's coolest for me is that people have their own weird specialties that define their Elder Scrolls character and that when they go to PvP it works. This is my dream.

Nick then talks about the concern for balance and the need to systematically put a counter. You have to make sure that there is always something to be done about a given situation. Balancing should not be as simple as A beats B, B beats C and C beats A. The principle is there, but should not be so obvious.

Beyond the capacities of the characters, the game of Alliance will be important, on a more tactical level. Team play in itself is important and during the in-house play sessions they identified some deadly combinations. It is important that in all situations there are solutions!

Nick talks about a special case, when people come together to create a giant PBAoE bomb (a user-targeted damage zone), a very popular tactic in DAoC.

To counter this, there is a spell called Anti-Magic Field that creates a bubble where someone casts a spell that they want to interrupt: they will be silent and take damage. So if you're an enemy wizard, have this spell in your bar, and you see a group ready to drop a PBAoE bomb, you throw that, and all enemies will be stunned and silenced.

The Anti-Magic Field is important in that it offers a significant counter to it, but it is also an Ultimate, so it takes a long time to charge. So there is a kind of risk vs reward when using it. You can potentially mess it up if you use it too soon and the bomb goes off right after. 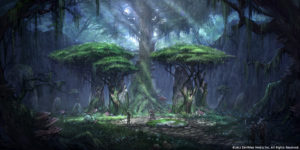 The announcement of the postponement of the launch of ESO to E3 2013 has attracted a lot of attention, creating a lot of concern among MMO players. TESO will therefore be on the PS4 and Xbox One and the journalist wanted to know how the development on the new consoles had gone so far.

I think the main thing that was discovered was that we had already moved towards a style of play that had a lot in common with modern console RPGs. So the technology aligns very well with where we were on our schedule. The technology is there and we can do it, the game design doesn't need to change. It was more about making a few tweaks here and there, but basically the game is the same. This allows us to present the same game on all platforms.

With respect to the special considerations of porting to consoles, such as the pace of combat or active dodging, Nick went on to point out:

There are some things, like movement or running animation: it needs to be smoother to accommodate the joysticks. You also need to make sure that the shortcuts are working. So there are a few little things here and there, but we didn't have to adjust a major mechanic like it worked on the PC version of the game.

No big information, but some interesting little design details!

Add a comment from ESO - Discussion with Nick Konkle