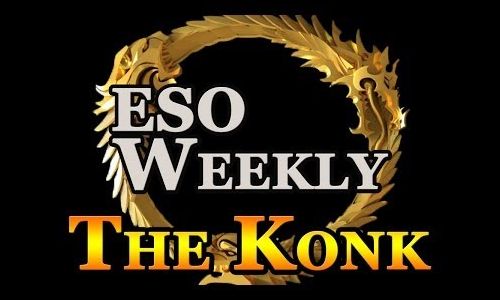 In a long 47-minute video, which highlights many images of the game, the ShoddyCast team had the opportunity to chat with Nick Konkle, Lead Gameplay Designer.

The combats are often too "floating", an aspect criticized in other Elder Scrolls games. Konkle reassures players that they worked to make the fight more realistic and the reviews were for an earlier version of the game.

It will be possible to make available to other players, not members of his guild, items for sale in the his guild shop. This will be done in particular by taking a fortress. It will be the guild's responsibility to defend it and it will gain advantages, such as being able to open a shop there which is accessible to all. Guilds will be able to use the store only internally, between their members.

And why not have put a auction house classic? They wanted to put the guilds first, to make it realistic to visit the guild shops in the fortresses to compare prices, rather than putting in a classic system they were not sure of the interest.

Asked about the rarity of certain items (with a parallel to legendary WoW items) Konkle explained that high-level content would result in very rare and unique items. There will therefore be many difficult objects to recover, which can make all the pride of the few assiduous (or lucky) players who own them.

Compared to a arena system, this is not planned at launch. However, this may be added if there are requests, in DLC or post-launch content.

There will be different types of horses at launch, but no other types of mounts. It will be possible to customize their appearance (bag, armor, etc.).

After launch, they have a lot of things they want to improve, including giving guilds more options to display their colors.

TESO has been in development for 5 years, almost 6 years and the developer gives us many anecdotes about these years.

There will be no premiums at launch. May be later !

Le justice system allows you to have great freedom, but also to have to take responsibility for the consequences of your actions. It will be implemented after release and can therefore be changed until then. As it stands, there are guards, who ensure that the law is respected. They are considering setting up a reputation system, a sort of criminal record that would allow them to know what has been done in the past.

Side additional weapons, such as crossbows, spears or javelins, it will not be used as weapons but there will be specialties. At launch, there will be 9 types of weapons and it will be possible to expand certain types. Nick Konkle was not very clear, he could not say too much about it a priori.

So much for this summary! Do not hesitate to watch the video, even if we know these images, it is always nice to watch.

Add a comment from ESO - Nick Konkle talks with ShoddyCast