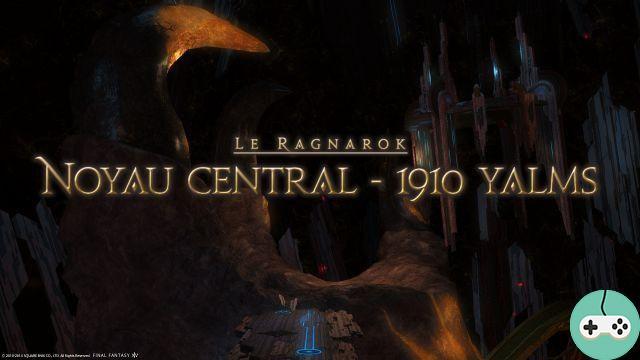 You are almost at the end of the labyrinth, but what is going to happen to you again ?! This is a "simple" floor because there is no small fry before the boss but there is a pendant. Here is the guide for the boss Gemelia also called Twintania. 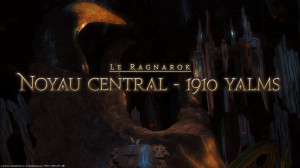 First of all, there are videos that this one may have dropped to 4. If you're skeptical, here's proof:

No more jokes, let's move on to the real strategy of the top floor of the Labyrinth of Bahamut.

First things first, you must have an equipment level of at least 82 to enter the instance. He is one of the only bosses who has the right to what is called an "enrage mode" which is equivalent after spending 13mins of combat to a "One hit = One Death". Also some phases of Twintania are just so-called "Gear Check" phases, basically if you don't have the equipment or the right cycle you are going to die for sure. Another example of a boss on "Gear Check" is Titan with its heart phase.

First of all the spells that Twintania will perform throughout the fight is that you must know:

Concerning the neuros-links in phase 1,2, 4 and XNUMX, they must be spaced from each other as well as at a certain distance. Here is a picture to show it to you: 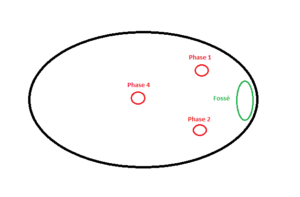 Plagues do very little damage on their own. The only difficulty to deal with is that they regularly cast the Liquid Hell spell which creates an area attack under the feet of one or more people. These zone attacks do a lot of damage, you have to get out of them as quickly as possible.

Regarding the healers, be careful with the main tank because Twintania will start casting Death Sentence. This spell will be performed approximately every 30 seconds for the duration of the fight.

When it reaches 85%, Twintania will lose one of its necklaces (to the number of 3). There will appear a vortex where the collar broke, this vortex is called Neuro-link. It will be used later in certain phases of the boss to protect against certain attacks. 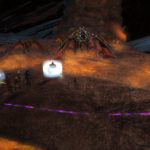 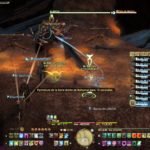 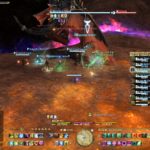 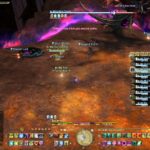 The real fight and the trouble really starts here. Twintania after losing his collar will gain two new abilities:

Regarding fireballs, there are two techniques to ensure the survival of the group:

The advantage of the first solution is that it does not require any movement during the phase. The big drawback is that by being grouped together like this, you may not see that you are being targeted by a conflagration. If you miss the conflagration placement, the party will die.
The second configuration requires a large DPS from the group because with each fireball some people will have to move which will slow down the damage on Twintania. The big advantage of this positioning is that we can move away from each other and the problem related to the visualization of the conflagration is no longer relevant.

At 55%, Twintania loses her second collar. 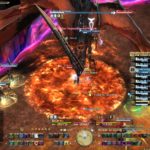 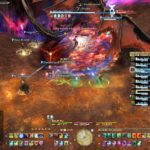 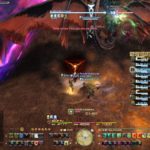 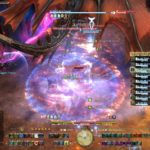 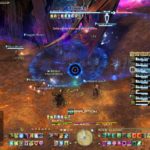 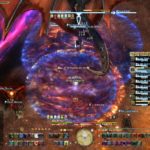 Phase 3: Dives you will take!

Twintania after losing her necklace will fly up into the air and start targeting someone in the group. This targeting is much the same as that of the conflagration except that it is colored Green / Black. At this point, you will have to move very quickly to the side before Twintania comes to mow you. There is a corner to the right of the arena forming a hole where the positioning is ideal. By holing up in this one you just need to go up the slope (left or straight ahead only) to avoid the Twintania dive. 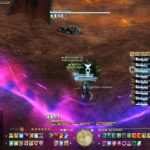 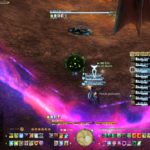 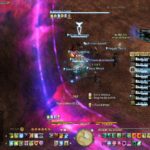 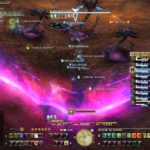 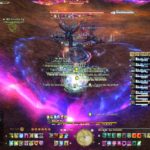 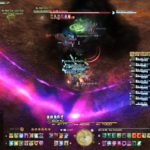 Twintania will do her dives three times in a row at first. After that, 3 monsters will appear namely an Ascelpius and two Hygieia. The strategy is to kill the little ones because when he dies, he launches a Dissemination area attack which inflicts a 40 second spell on all surrounding targets (players as monsters) which aims to increase the damage on the target exponentially. .

After 45 seconds of the appearance of the 3 monsters, Twintania will restart its dives which will be 3 in number. As before, use the same strategy to avoid them. The goal is to kill the 2 Hygieia before the end of this mini-phase.

Finally, a new series of monsters will appear. Use transcendence on them (most of them will be rank 2), to kill them as quickly as possible. To finish it will be necessary to kill the Ascelpius before Twintania does not reappear (60 seconds after the last dives). 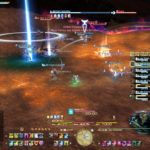 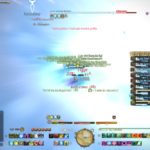 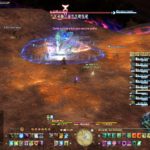 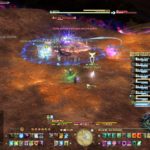 As soon as Twintania spawns she will cast the Ether Profusion spell which will inflict between 7-9K damage on the party. To get around the problem of destroying the general group, you must be placed in the neuros-links. One for the main tank, the other for the rest.

The fight becomes the same as before, namely that Twintania will issue death sentences every 30 seconds. There will be no more conflagration or fireballs. In return, Twintania will gain the ability Tornado (called Twister in English).

The tornado will be launched on 4 people of the group which is indicated by a feather under the feet of the players. If the person does not move fast enough, they instantly die, taking people around them. To counter this ability, when launching the tornado, you must move from your current position (do the same if you are not targeted this will avoid mishandling). Be careful not to go back to a mark from another person in the group because that will kill you too. Regarding the movement to be made, you do not need to cover the entire map to avoid the tornado. Making a square with an area of ​​one lalafell is more than enough.

Following a Tornado, Twintania will cast the Disjointed Will spell which will imprison a person in a cage. At the same time a formidable Knight will descend from the sky and move towards this target. If the knight touches the person in the prison they die instantly. Fortunately the knight is sensitive to all control effects such as stun (paladin) or slowing (dark mage).

At 30% health, Twintania will lose her last necklace and place the last neuro-link. 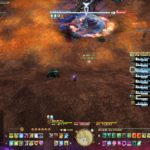 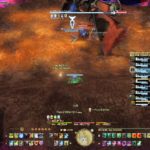 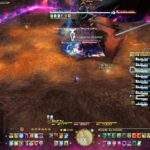 During this last phase, Twintania will lose its two previous abilities: the tornado and imprisonment. However, she wins two more:

To get around the evacuation problem, the secondary tank must be placed in the last neuro-link placed which should be under the boss. By doing this, the secondary tank will systematically take the ball which will prevent the other players in the group from having to make additional movements.

Regarding liquid hell, the targeted person must avoid making a lot of travel. The solution is to move linearly along the wall of the arena.

If you can handle all of this, Twintania should drop pretty quickly.

Add a comment from FFXIV - Labyrinth of Bahamut - Round 5