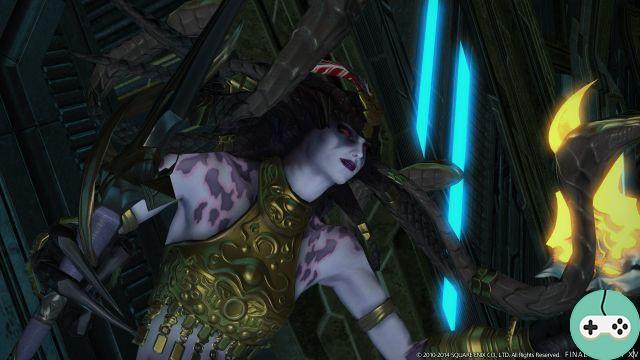 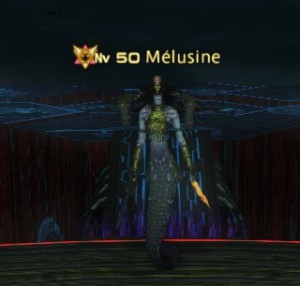 To get to Mélusine, you will have 5 elevator platforms to kill. When the sphere of control dies, you switch platforms. So you should always kill him last. Otherwise, nothing too difficult, just let the tank take the aggro!

For once, I present a strategy to a tank, 2 healers and 5 DPS. Even if the fight is not a race for damage, this composition allows for deaths. However, it will require a lot of effort from your healers during phase 2. 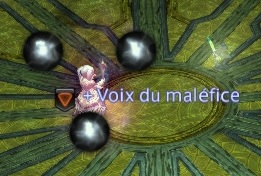 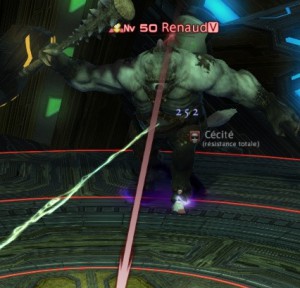 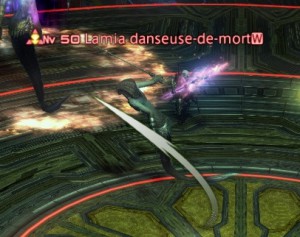 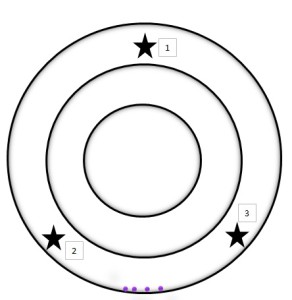 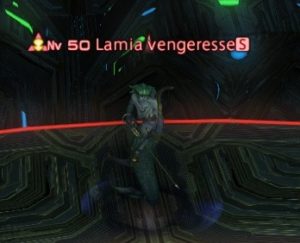 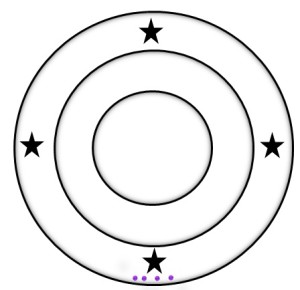 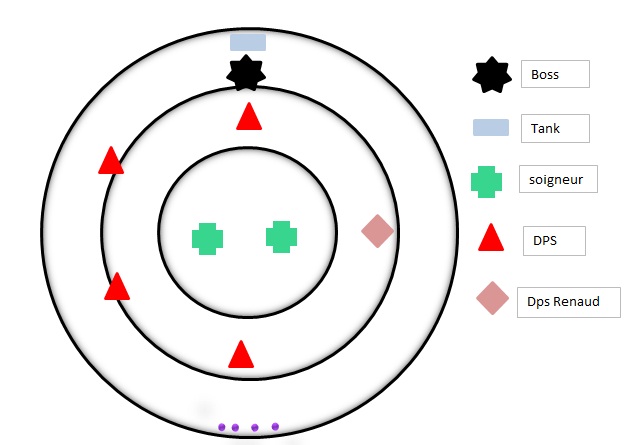 This phase allows the group to discover the mechanics of Renaud as well as that of the voice. Here the first Renaud is petrified: either killed directly, or kept to prevent too much DPS in the next voice or an appearance of Renaud too far. Just be careful as there is only one tank, this one will permanently have all the voice.

Le Renaud will be positioned where I scored the Dps Renaud. After that, it will depend on the appearance of the latter but try placing a mark on the ground of a benchmark for its positioning, knowing that for all the phases this place will always be the best position for the tank. 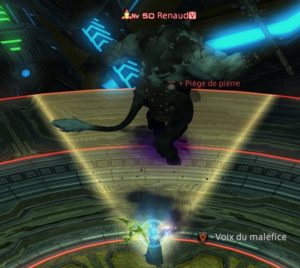 Reminder : it is the healers in the center who petrifies the Renauds, announces the count so that the dps who take care of the Renauds are placed so as not to be petrified too.

Do not forget you have more voices, always re-pretified your Renaud, because after 30 seconds, the latter will go very quickly and kill the entire raid. When a new Renaud appears, choose according to his pop, whether you petrified him or made the old one. Knowing that if you don't petrify it the person who is connected with will have to run until the next appearance of a voice.

Arrival of the dancers Lamia 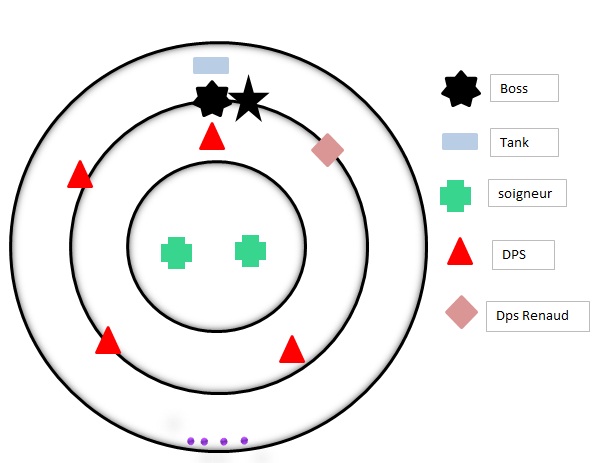 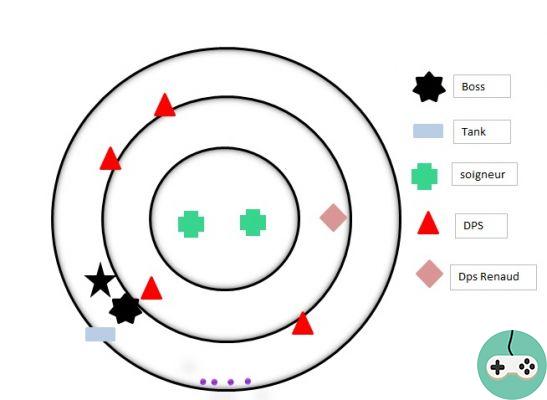 For the person driving the Renauds, this is the final positioning once the third Lamia is dead, so you can place the Renauds well.

You have to kill her as quickly as possible. Manage them Renaud, the voice as well as Cris before the appearance of the third Lamia. Here, an effort for the healers is required, because it is necessary to manage the voices as well as the Shout and also the damage suffered by the tank.

Arrival of the third and finally the last Lamia 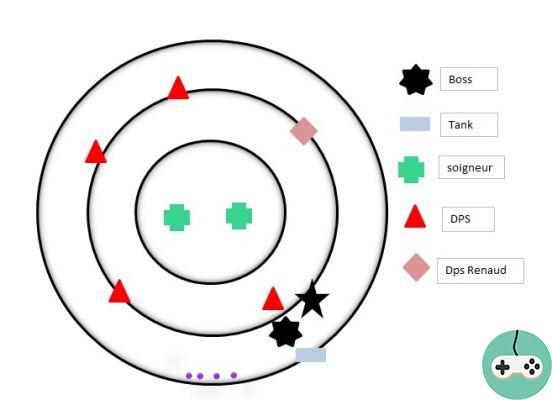 After killing the third Lamia, last move for the tank and the whole group 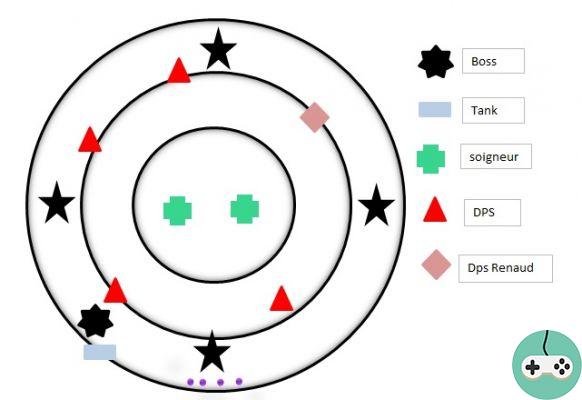 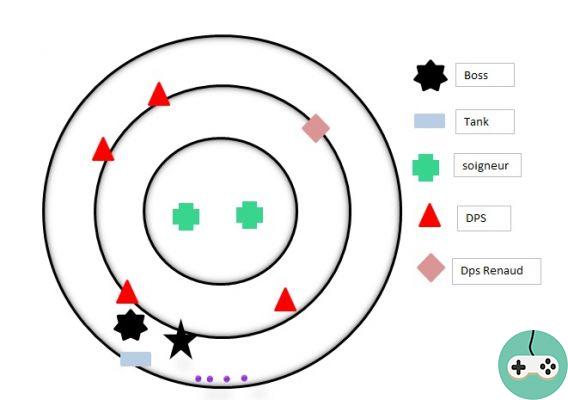 If you have reached this phase the fight is practically over but you must not release the pressure, knowing that there are three more mechanics that are added here in addition to all those already present. The arrival of the Lamia dissectrice is essential, try to make it appear just after a voice, so that the tank has time to increase its aggro. Then after the books is passed, the cac DPS must imperatively launch the transcendence level 3 on her and you have to kill her as quickly as possible. Before her death she will cast the spell Petrification which she will pass on to Mélusine for the remainder of the fight. Do not forget to turn around during his incantation.

All you have to do is manage the appearance of Renaud, the cris, the voice and poisoned areas and for the healers to remove the poison as quickly as possible Venomous tail.

Well done to you for his death. You will finally be able to access the next floor that of Bio-tréant.

add a comment of FFXIV - Meanders of Bahamut - Tour 7