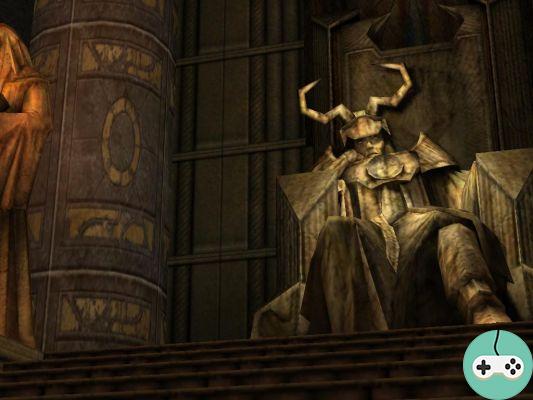 Towards the end of the Infinite Rakata Empire, a fleet attempted to conquer the planet Korriban. It was rejected by King Adas, at whose death his priests usurped power by deifying him. He became the focal point of the cult of the Sith'ari, a being entirely devoted to the Dark side, who would be his reincarnation and who would lead the Sith Order to its peak. Some researchers who study this prophecy sometimes wonder if this person has not already passed by without being noticed. They then go through the various rulers of the Empire to see who the potential candidates would be (and this list will continue until Darth Sidious and Darth Vader, without unanimity). Among them, Marka Ragnos holds a good place, he who ruled the old Sith Empire at its height. After his death, his successors were torn apart until the emergence of Emperor Vitiate. And like the others, he strove to claim his heritage. 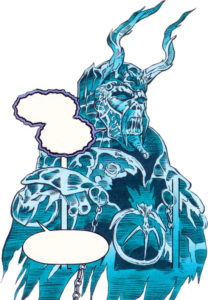 Marka Ragnos was born around 1500 years before the Treaty of Coruscant. Like the majority of the Empire's nobility, he was a hybrid of human and the original Sith race - what is known in TOR as a pure-blooded Sith. This mighty warrior was also an accomplished wizard who forged many artifacts. He climbed the various steps of his hierarchy until -1447 before TC, when he reached the supreme title of Dark Lord of the Sith at the end of a brutal and ruthless military campaign. This ended with a duel against his rival Simus. Only Sith witchcraft allowed the vanquished to survive for the remainder of the reign, but it was as a decapitated head locked in a survival chest. The reign of Marka Ragnos lasted a whole century, making it the longest since Adas. 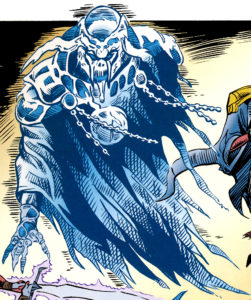 The Dark Lord of the Sith decided the policy of the Empire. Marka Ragnos directed his towards pacification within the borders. Arbiter of quarrels between the various lords, he intervened so that civil wars did not degenerate. A famous example is when a young slave eliminated the master from his planet and seized power from the nose and beard of his half-brothers. The daring was summoned to Ziost, the capital of the Empire, to meet the supreme leader. He left with his approval when he took power and a new name: that of Vitiate. This one was then made discreet during the remainder of the reign. Quite the opposite of Naga Sadow and Ludo Kressh, who stood out as the only candidates likely to succeed him. The first was a high-ranking nobleman representing the opposition hostile to his policy and who was waiting for him to let go of their bridle before embarking on new conquests. The second, from the more popular classes, owed much of its rise to Marka Ragnos. Extremely loyal, he insisted that the text of the laws be applied but did not always understand their essence. Thus, even if the policy of his master was aimed at stability and peace within the Empire, he thought only of eliminating his rival. With these two heirs, the work of the Dark Lord was unlikely to survive. 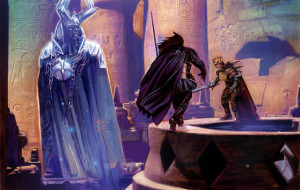 Death did not stop Marka Ragnos from continuing to influence Sith history. As soon as he was buried, his ghost appeared to stop a duel between Naga Sadow and Ludo Kressh. He preached unity, but neither of them really listened to him. Sadow quickly became the new Dark Lord of the Sith, and went to war to conquer the Republic in the Great Hyperspace War. Ludo Kressh plotted against him and forced him to fight on two fronts, causing the downfall of the Empire. From the chaos they caused emerged Vitiate who became the Emperor. To legitimize his seizure of power, he spread the rumor that Marka Ragnos had chosen him following their only meeting. An assertion that can easily be dismantled today. 1000 years after his death and the Great Hyperspace War, the ghosts of several Dark Lords chose the fallen Jedi Exar Kun as their successor. Marka Ragnos was their spokesperson, and he marked the designated heir on the forehead with the mark designating their rank. Sadow, Vitiate, and Kun have all been considered potential Sith'aris since then. And all three have something to claim from the legacy of Marka Ragnos. 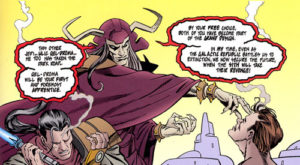 When Darth Revan (another potential Sith'ari) set up a Sith academy on Korriban, its researchers and archaeologists did not show a great method. They demolished and looted much more than they learned of the graves of the ancient Dark Lords. Subsequently, Emperor Vitiate infiltrated agents within the Jedi in order to deceive their surveillance and gag those who designated someone other than him as their heir. Being part of the lot, the ghost of Marka Ragnos is therefore currently unable to intervene again. But is this a final situation or can it be reversed?