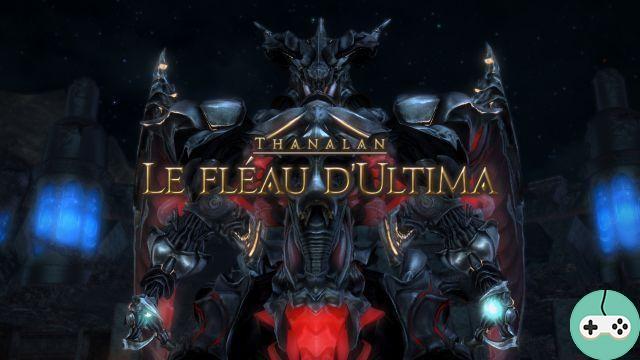 2.1 brought a brutal version of Arma Ultima. To access it, you must start the quest "The ballad of the plague of Ultima" by contacting Alys in Mor Dhona (X: 21 Y: 8). This guide will offer you one strategy among many others, do not hesitate to detail yours in the comments. 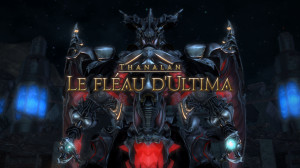 To face the Arma Ultima, it will take a team of 8 players. I advise you to start with a classic composition:

As with the epic version, the Weapon uses the power of Primordial but also his own skills. Before we get into them, let's talk a bit about placement. Your tank will place Ultima to the north of the arena while healers and ranged DPS will go to the east. One of your healers can also move away from the group a bit further by going west.
The tanks will have to communicate with each other: when one has 3 charges of Ultima

on him, it will be the second tank to take over and so on.

Let’s go into combat. Arma Ultima will first use Garuda et Titan. Garuda will appear, facing part of the arena. She is preparing to make a wide cone attack. So stand behind it as soon as it appears. At the same time, Ultima will use an attack that knocks you back. So be careful not to be pushed back into the Garuda area.

Next comes a new area of ​​Garuda damage: the edge the arena will turn purple, like when you fight Garuda Brutal. It will then be necessary to move away from it then, as soon as it disappears, return to the edge to avoid the attack of Titan In the center. 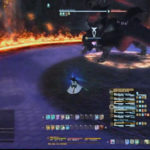 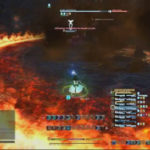 Garuda will come back to use his wide cone attack a second time. Subsequently, the Primordial will be absorbed by Ultima, so he will no longer use his attacks. This second phase of the fight will alternate attacks d'Ifrit and Titan. First, Ifrit's fire zones will take the edge of the arena, and barely gone, Titan's feathers will be in the center. 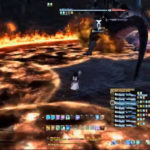 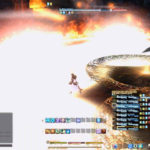 Then it is the reverse : first the Ifrit areas in the center then the Titan feathers at the edge. 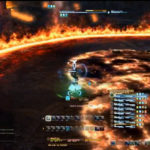 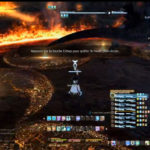 And we continue: Ifrit areas on the outside, Titan feathers on the inside. 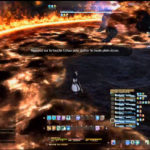 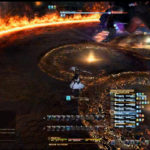 Then Titan will be absorbed in turn, there will then only be Ifrit's attacks (in addition to those of Ultima, of course).

Two Eruptions will appear under the feet of two players. The latter will then have to move away from the group, but taking care not to wander everywhere. The easiest way is to walk along the edge of the arena to the south and, at this point, start in the middle. This way, the rest of the group will know that to avoid the next Eruptions, they will just have to shift a bit towards Ultima. 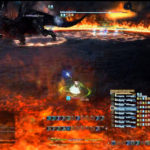 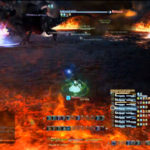 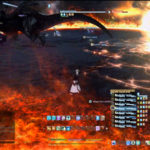 Ifrit lands with some area damage (AOE)! They will first be disseminated at the edge of the arena then online. At the same time, the Primordial will depart in straight line, as for its brutal version. Don't stay in his path. Be careful, this sequence of area damage will be linked once again with the passage of Ifrit. 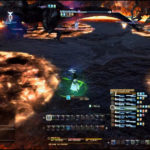 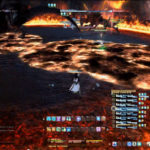 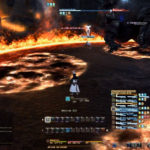 After a few moments of "calm", you will again have the Eruptions to avoid then Ifrit returns for a new salvo of zones, accompanied by his charge. After this last attack, he will be absorbed like the other primordial ones. 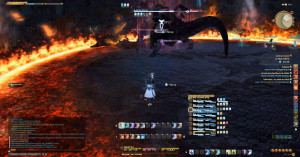 New phase, serious things begin! Ultima will use Onde d'ether : several balls linked by a purple line will appear. You have to rush on them before they meet to make them explode. If you fail, they explode on their own and it's the wipe (team death). 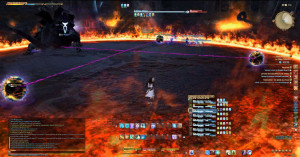 Start with the one that is close to the group. It is important here to go with several people, except for the tank which can collect one or even two if its HPs are at the maximum. 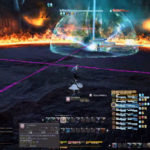 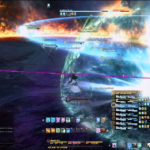 Ultima then uses her own attacks, just like her normal version. We therefore find the energy ball that targets a player. It can be intercepted by melee DPS to prevent Mages from being annoyed. Then there is also the laser which puts a line on the ground: do not stay in it. 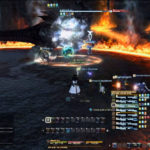 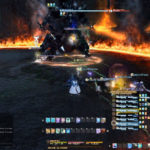 After this series of attacks, Drônes Magitek will appear in the center. They swing lasers from everywhere as for the epic Ultima version. Eliminate them quickly. 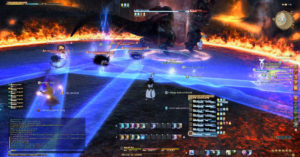 During this time (it would be too simple if not ^^), vessels will descend on the arena. Again, this attack is similar to the epic version: get as far away from ship waves as possible. 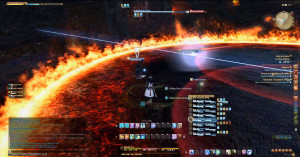 We leave for a volley of attacks from Ultima before the second Onde d'Ether where this time three pairs of balls are to be intercepted. 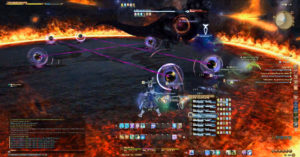 Take one of the closest pairs in the group and then deal with the one with a short link to finish with the remaining pair. You must not hang around, you have little time to do all that. We continue with a cycle of Ultima attacks: energy ball, the laser that leaves a line on the ground to end with the appearance of drones which will be around the arena this time. 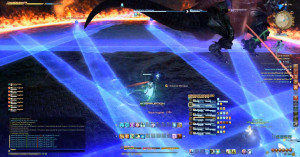 As with previous drones, vessels will descend on the arena. This time, there will be four of them. The placement here depends on your preferences: you can regroup in the middle or stand on the edge, at the intersection of one of the waves of the vessels. No matter what you choose, you'll have to move fast to avoid the drone lasers. The timing is tight!

During this period, the healers will be busy running around and treating the whole group. I advise the tank which is dealing with Ultima at this moment to use Invincible if it is Paladin to withstand the attack of the ships, the rays and the blows of Ultima. 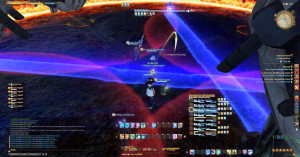 New series of energy balls and laser from Ultima. For this phase, your group can be divided into two: one part stays in the original place, while the other goes the opposite, in anticipation of the next one. Onde d'Ether.
As soon as the Aether Wave cast is visible, the tank can use the Transcendence : This way all players can run as fast as possible to intercept the Aether Waves. There are four pairs this time! 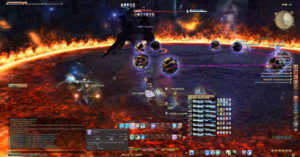 Are you still alive? Congratulations! All you have to do is continue to dodge Ultima Arma's attacks until she comes to the middle of the arena to cast her attack. Ultima. It will then be necessary to finish it before the end of the incantation.

Add a comment from FFXIV - The Ballad of Ultima's Scourge (Brutal)