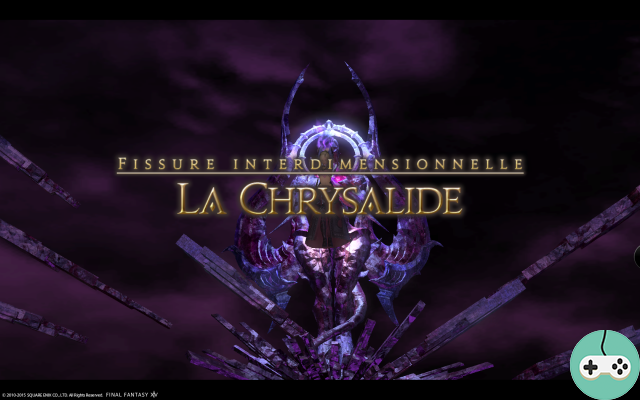 Last challenge added in the epic thanks to update 2.5, this fight will oppose you to the dark and evil Nabriales. Your team, consisting of eight players, will face many attacks divided into two distinct phases. 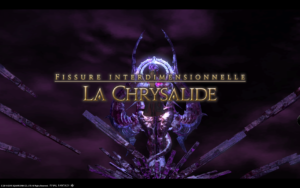 This phase is the most important part of this challenge. And while the mechanics aren't that many or complicated, you'll need to apply them correctly if you want to avoid killing your team. The boss will be placed in the center of the arena and should not be placed elsewhere. 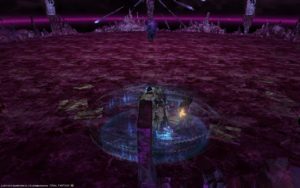 In this phase, Nabriales has several attacks: 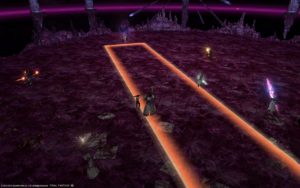 Twice during this challenge, Nabriales will return to the center of the arena and summon spheres. This moment of the fight is quite delicate and will have to be done with rigor if you do not want to die.

The goal here is to destroy the orbs so that they don't reach the boss. Indeed, the latter would bring him a bonus damage for his next attack, Dark IV, so you will have to rush on them in order to detonate them.

The spheres, which will appear, will either be blue, and deal physical damage, or orange, and deal magical damage. But in order not to suffer too much wounds, you will have to destroy them according to a specific scheme. Indeed, you will have to alternate between the two types of orbs otherwise you will suffer more and more damage. You will therefore have to destroy a blue sphere, then an orange, and then return to a blue, until the complete disappearance of the orbs.

Destroyed orbs will sometimes spawn a shadow elemental that launches numerous attacks. You will therefore have to kill them as quickly as possible.

When the spheres are all destroyed, the boss will trigger his Dark IV attack, which will be in front of him in the shape of a very large cone. The damage will therefore be proportional to the number of stacks obtained by Nabriales during the previous phase. 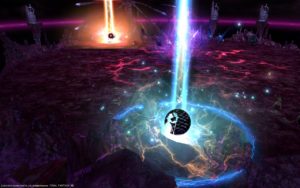 Once all this is over, you can of course continue attacking the boss. Lower it to 20% of remaining life to enter phase 2 of the fight.

This is certainly the most delicate moment of this challenge. You will have to be quick and rigorous, otherwise your team will perish.

Nabriales will start by launching the bleeding debuff, which has the particularity of causing you to lose health points on a regular basis. To avoid it, you need to run to the outside of the arena and dodge its sucking breath. From here, the boss takes you to a dimensional rift where buffs and debuffs last 10 times longer. It is therefore advisable to launch your improvements just before entering the rift.

Once transported to this dimensional rift, tanks will have to block meteorites falling from the sky. To do this, they will have to position themselves at the place of their fall in order to block them. The destruction of the first meteor will cause a dimensional tear to appear that the dps will have to bring down as quickly as possible. It is advisable here to use transcendence, because if the rift is not destroyed before the fall of the last meteor, the group will be annihilated. 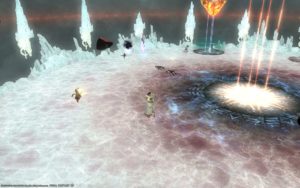 Once the rift is destroyed, you will return to the main arena. All you have to do is carefully avoid the attacks of Nabriales and exterminate him.


Do you want to be up to date and know all the tricks for your video games? In gamesmanagers.com we enjoy playing as much as you do and for that reason we offer you the best tricks, secrets or tips for you to play non-stop. We offer you quality content and always updated to keep you up to date. That's why, in our website, you will find not only videogame guides but also tricks, secrets and thousands of tips so you can play to the limit. Are you ready to get it? Enter now and enjoy your videogame!
GW2 - General presentation of the WvW ❯