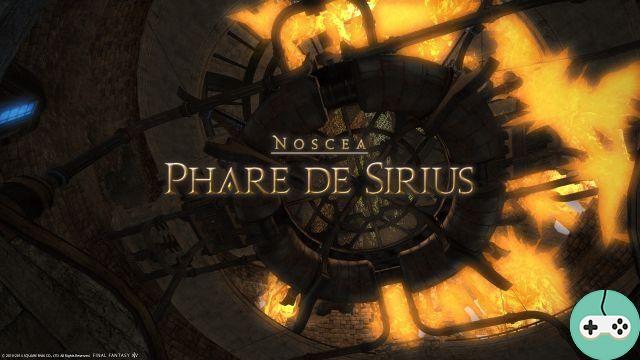 The Phare de Sirius is a dungeon of 50 level. To be able to access it you will first have to do the quest "The song of shipwrecks" and its sequel proposed by Diamanda in Western Noscea (X: 26 Y: 26). The mission tool recommends an ilvl of 48 (which seems weak to me, but good). 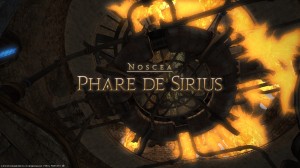 The guide may be a little less precise than usual and I apologize for that. This dungeon has been a real pain in my eyes, so I don't really do it on repeat? At the start of the proceeding, don't be surprised by the Elbst of Sirius patrolling.

Arrived at the end of the corridor, kill the last Elbst and move towards the gate. Be careful, monsters are on the ground and will get up. Don't forget the trunk. 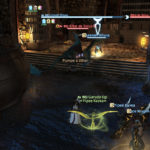 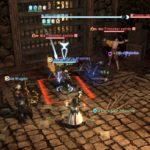 Upstairs, other monsters are lying: kill the one who has a yellow crystal on the back in priority, the Zombie barber.

In a room, Unsinkable Symond waiting for you. He uses a skill, Crystal Shot, which places two areas in the center of the room that will gradually grow larger. Of dogs come regularly and their small damage areas give you a condition. When this goes up to 3, you suffer an explosion.

Symond also uses a straight line attack, to be avoided. Symond's actions can be interrupted, but it doesn't always work from what I've seen. In order to make the fight easier, you can slow down the DPS on the boss if you feel like you are taking too much damage and let your DPS focus on the dogs only. Know that dogs come as their master loses health. 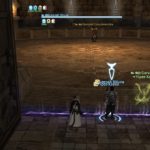 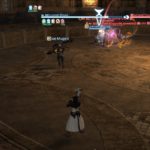 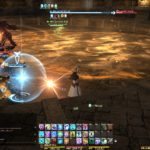 The boss eliminated, continue your exploration. Arrived at the entrance of a circular room, be careful crossing it: crystals fall.

Come on. Recover the corrupt elemental who walks. Watch out for his Omni-Banishing Zone spell which stings quite a bit. Also be careful when you cross the room to retrieve the chest at the bottom: crystals fall as for the previous one.

Then approach the stairs: zombies are still on the ground. First kill the Zombie Barber.

As you climb the stairs, watch out for falling crystals and then enemies. Face them at each landing rather than in the middle of the stairs. 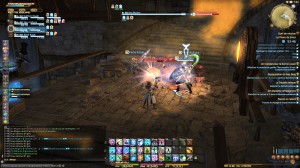 You get to the second boss: Zu. Eggs are present all around the room. Some are going to glow, which means they are going to hatch. It is best to break only one or two, preferably those that are spotted. Don't break them all, otherwise the boss will start banging hard. When the illuminated eggs hatch, an enemy appears:

Avoid areas thrown by Zu when he flies away. 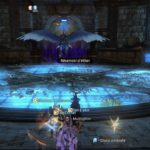 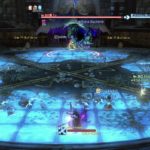 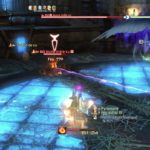 This new set of stairs is similar to the previous one, except that instead of the crystals, you have a ether mist who walks there. Use the aether pipe valves to shut off their power.

On these stairs are waiting for you different enemies:

Upstairs, the third boss, Tyrant, waiting for you. Nothing special to know about the others, except zombies joining in the fun. 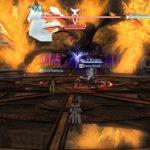 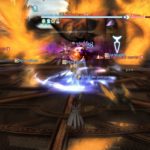 The hostess awaits you at the top! Mermaid will put your healer's nerves to the test! This boss loves to throw accidentals on the group:

Many times, Mermaid will fly away to reappear either:

As a bonus soldiers et spellbound sailors are going to join this merry mess: kill the soldiers who crawl in priority. They love to get attached to a member of the group, and the group member cannot do anything while he is a prisoner. 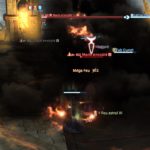 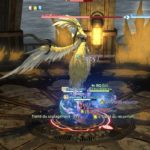 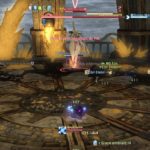 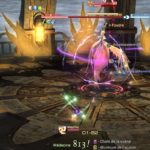 
Do you want to be up to date and know all the tricks for your video games? In gamesmanagers.com we enjoy playing as much as you do and for that reason we offer you the best tricks, secrets or tips for you to play non-stop. We offer you quality content and always updated to keep you up to date. That's why, in our website, you will find not only videogame guides but also tricks, secrets and thousands of tips so you can play to the limit. Are you ready to get it? Enter now and enjoy your videogame!
SWTOR - The Eternity Chamber ❯

Add a comment from FFXIV - The Lighthouse of Sirius