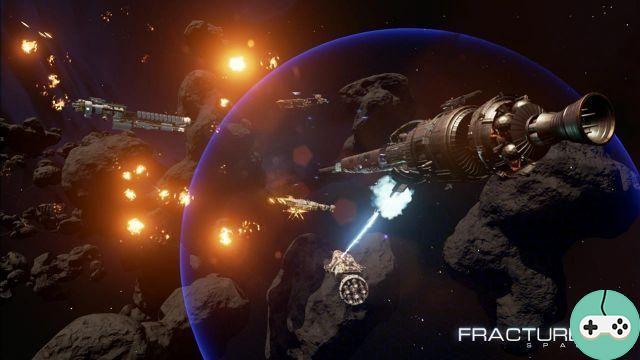 fractured Space is a player versus player space combat game. Both teams have a "mothership" to defend. The goal is to capture the enemy mothership to win the game. The game is developed by Edge Case Games and is already available for Early Access on Steam for € 10. 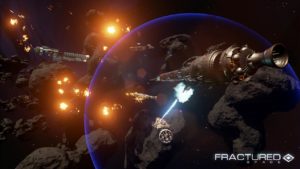 The goal of the game itself is relatively simple. But to accomplish it, we will have to get our hands dirty. Indeed, to reach the enemy mothership, you must capture secondary bases while fighting enemy ships. 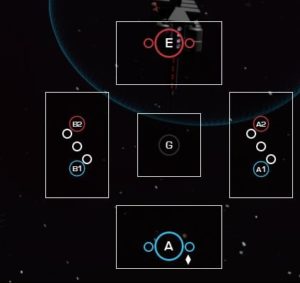 As you can see above, there are 3 sectors: Alpha, Beta and Gamma. From your base, you can hyper-jump to each of these sectors to capture them. But the Gamma sector only unlocks after a certain amount of playing time. You must first capture the Alpha and Beta sectors. Each circle represents a captable area and each of these areas brings in resources that will be used later (in development) to improve your ship.

To get to the enemy base, you must capture, for example, sector A1 (Alpha 1) and then take sector A2 from the enemy to hyper-jump to their base to capture it. Obviously, it's not that easy to capture it as you take regular damage during capture in addition to enemies defending their bases.

You have 6 ships available (for now). Each has different properties as well as different powers. The developers have already started to put in place a system to change the weapons and equipment of your ship between two parties, but it is far from complete.

Here are the different ships: 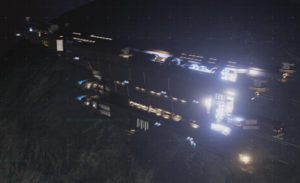 My opinion on the game

I really liked the concept of the game, it really has a lot of potential. But currently in early access, it suffers from an obvious lack of content (1 map, 6 ships). Fortunately, the developers are adding new features regularly which leads us to believe that the game has a bright future ahead of it. Graphically, the game is superb: all the effects of explosion, hyper-jump, the planets are really very well done.

We will meet again in a few months to give a new update on the game!