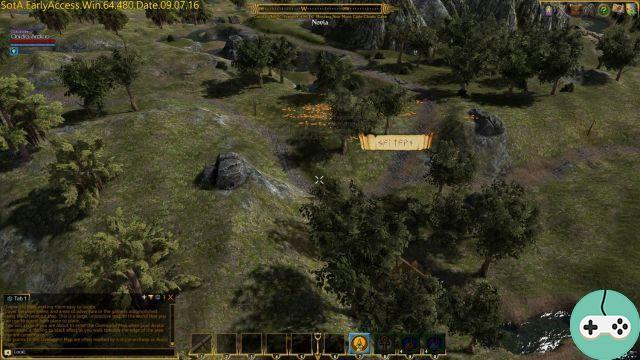 I had the opportunity to access Shroud of the Avatar, a role-playing game developed by big names in the industry: Richard “Lord British” Garriott, creator of the Ultima license, Starr Long, director of Ultima Online and Tracy Hickman, author of Dragonlance (Dungeons & Dragons). The game is currently in Early Access, being currently in its Release 33 version.

I want to warn immediately: I will not offer you an overview in the classic sense of the word. The game is far too complete, and complex, to be able to cover it all in one article. I am far from being a specialist in the title, having spent only a few hours in this new world, I have only scratched the surface of the title's potential, my overview will therefore remain partial, and necessarily limited to this that I was able to find / understand. If you are fluent in English and want to know EVERYTHING that Shroud of the Avatar has to offer, your best bet is to read the extremely well done player guide. Moreover, reading is almost necessary for any player wishing to embark on the adventure, the in-game help does not systematically address all the possibilities (a similar version of the player's guide and the new player's guide are available in-game as books in the character's inventory). 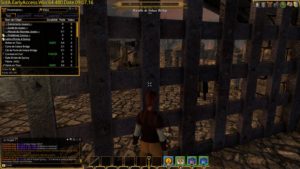 Now that the reservations are in place, let's move on to my experience! It is possible to play offline (with a local backup system) or online (multiplayer, single player or friends). For my part, I only tested the online multiplayer mode. 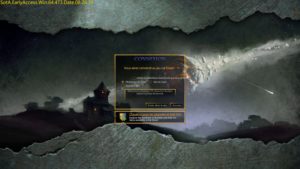 I find myself with a character I haven't configured anything, lost in a world I don't know anything about. Indications on the screen guide me to a mirror that serves as a character creation. It's time for me to assert myself in the world! 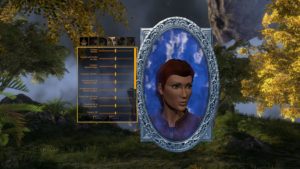 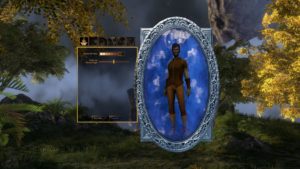 There are quite a few options and the gauges offer advanced customization for those who desire to have a perfect figure up to brow height. Now looking better, I continue my exploration of the world in a city in flames, I landed in the middle of the battle of solace bridge. In this chaos, people need my help, and I discover the system of interaction with the environment. At the click, I can open a door. Nothing however indicates to me that this element is interactive, it is all aboutexperimentation and observation in this game. 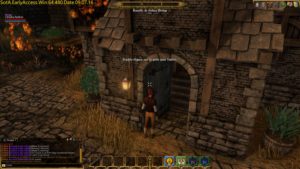 There is also nothing to indicate where the quests and things to do. You have to talk to people, ask them if they need help, learn about local issues, listen to the gossip and take action. Here, no one walks around with an exclamation mark above their head. It is bound to be quite confusing at first glance, but ultimately, while I certainly missed out on a lot of opportunities, it's pretty easy to find things to do by talking to locals. It's a small community and everyone knows each other. The opportunity to show you the dialogue system with NPCs keyword-based. Watch the cat in the screenshot below (bottom left): white words are highlighted ("news", "Solace Bridge" or "sword"). I can click on it or simply type the keyword directly in the discussion bar to ask my interlocutor to speak on the subject. To find out if he has a quest, most of the time it is possible to ask if he needs help by writing "help". And to end a discussion, just write "bye". The game is translated into spanish (you will also see that I was in spanish on some screenshots) but this dialogue system does not work correctly (you still have to write the English word despite the fact that the NPC speaks in spanish), so I preferred to switch back to English. 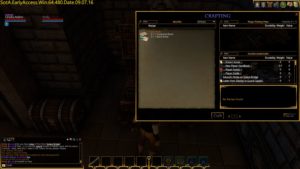 Really light years away from modern games where everything is signposted and where the character goes all alone to the place of quest, there is not even a carte displayed on the screen! Only a compass at the top of the screen (which can also be activated / deactivated if you are not afraid of losing your north). To have a map of the area, you have to buy / find the object then click on it to display it. Then, it is possible to keep it open and drag it to a place on the screen. But nothing from the usual menus. 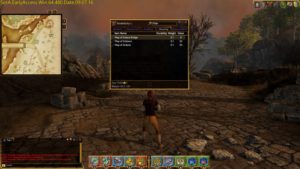 L'interface is for the moment quite minimalist even if there are already many features implemented: character sheet, skills, glyphs, combat decks, journal, cookbook, chat, emotes, social, blocked players, compass ... Overall , it is not always very beautiful, not a happy mix between attempt at realism, medieval style and utility. Finally, it works and Shroud of the Avatar is still in development, let's not forget. 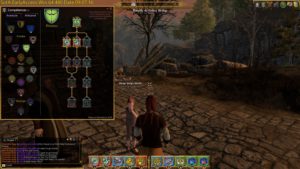 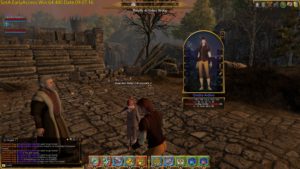 The side of combat, the tree of skills is here on the left screenshot. I chose to opt for the archery path, because it was the easiest according to the game. My skills improve when I use them, and I can a priori change lanes if I wish, being able to thus become a caster or a tank. To unlock new skills, you need to contact a master (whom I ran into in the attic of a house in a village ... don't ask me what he was doing there!). 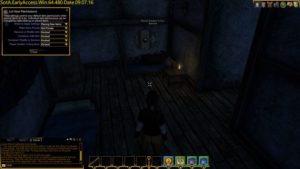 Wholesale stone portals like the one on the right capture are there to move from one area to another. This loads a general map of the region where the character can evolve as on the more classic map and thus go from one place to another, the visitable elements identifiable by the runic words above. And the other characters are also displayed in this mode! 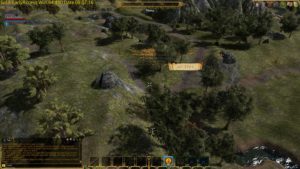 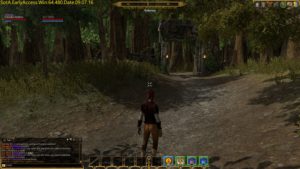 As I said in the introduction, after several hours spent in this vast world, I am aware of not having seen everything, far from it. I know that there is housing, PvP, other modes ... Before going to the conclusion, allow me to translate the functionalities to you as it is possible to find them currently on the official site: 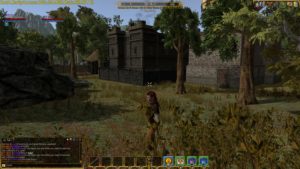 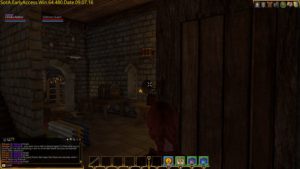 Shroud of the Avatar is clearly a game not to be played in everyone's hands. The desire to go back to the sources of the old role-playing games, involving a certain difficulty, the development still in progress, gives a universe in which it is not easy to return. The graphics, without being horrible, seem a bit outdated, the interface is dated, the lack of guides is confusing ... Besides that, the game is full of finds, the card system, the slots, the dialogues, the history, trades, skills system ... So I think it is more than ever necessary to follow the warning on early access: buy for the moment only if you want to invest time and money. money for the development of this game which promises to be masterful. But, if you're a more casual gamer who wants a finished product, then it would be best to wisely wait for development to move forward and for the game to come out of its Early Access status in this case.