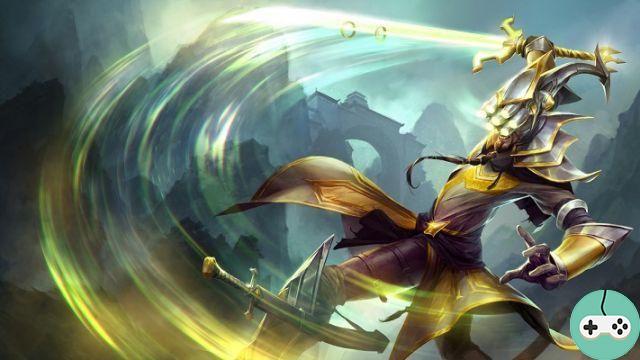 Still a little bit of Summoners patience, Master Yi's overhaul should be rolled out in the next patch, but Riot gives us a glimpse of what our dear Wuju will be like.

In addition to all-new sound effects, dialogue, and visual effects, the Fine Blade Wuju gets a general overhaul to combine its AP and AD builds into one cohesive playstyle. Check out his new skills and new playstyle below. 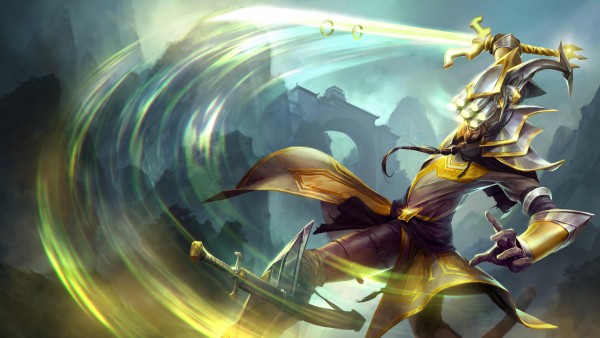 Master Yi channels for a short time, which heals him quickly. The lower his HP, the more Master Yi heals himself. While channeling, Master Yi takes reduced damage. This damage reduction is less effective against turrets.

Passive : increases Master Yi's attack damage by a given percentage.

Passive : When killing a champion, Master Yi reduces the cooldowns of his basic skills. If he assists the death of a champion, the reduction is less.


Active : Master Yi's attack and movement speeds increase while granting him immunity to slowing effects. While the skill is active, if Master Yi kills a champion or contributes to their death, Highlander's duration is extended. 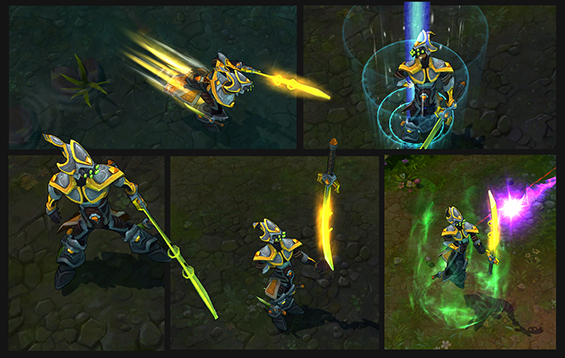 The changes to Meditation and Lightning Assault make Master Yi a more dynamic fighter on the lanes while making him less frustrating to his opponents. As Lightning Assault prioritizes nearby units instead of randomly striking, a good Master Yi player can now better prepare their attacks and a careful opponent can avoid damage by positioning themselves correctly. At the same time, the reduced cooldown via Basic Attacks allows Master Yi to use Lightning Assault more often, and the additional damage against minions helps him clean up enemy waves better and keep the pressure on. the paths. Additionally, changes to Meditation make it a powerful option in emergencies, but prevent Master Yi from using it whenever he takes damage.

To compensate for the reduced damage from Flash Assault early in the game, we've worked on smoothing out the bonus damage against minions and monsters in the jungle. The reduced cooldown gained from Basic Attacks should also allow him to use Lightning Assault more often, which will allow him to be more consistent in his use. Additionally, since Double Strike now deals less damage (but more often) and requires Master Yi not to break off the fight, it should be more difficult for him to prepare a double attack and then spring out of the jungle to inflict a combo with a massive burst against an opponent.

At the end of the game

As you approach the end of the game and when the team fights begin, the changes to Highlander take on real meaning. The new passive gives Master Yi the ability to stay alive in sticky situations by lowering the cooldowns of Meditation and Lightning Assault. Wuju Style raw damage gives Master Yi the freedom to focus on the stronger tanks first so that he can wait for the right moment to take on more vulnerable targets. Then, when the time is right, he can follow up with Lightning Assault and go after the enemy's rearguard. At the same time, the modifications to Meditation increase his ability to survive when under heavy fire, and the crit and increased damage of Flash Assault help him ramp up in late game.

Overall, the changes to Master Yi should help him play more consistently by combining the sustained damage of his AD playstyle with the burst of his AP build.

And now a video of the champion: