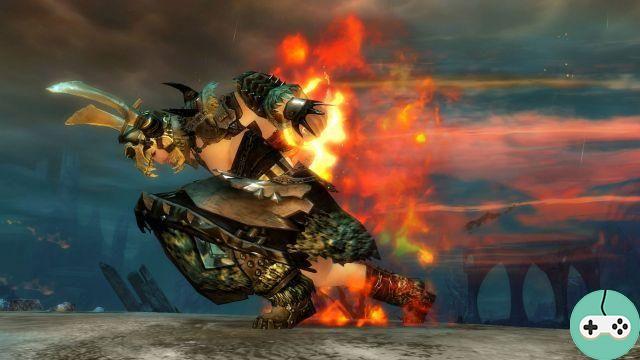 No, we're not going to talk about Berserker gear pieces but about the new elite warrior specialization: The Berserker. So maybe you will play a berserker in berserker but that we will only be in the next beta testing if we can test this specialization. 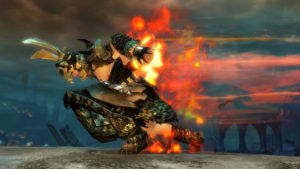 The warrior already has a range of weapons to his credit, but his new weapon will be the torch. Its class mechanics will be linked to adrenaline which will be modified on extension by a single bar at 10 charges. Specialization skills will have a short cooldown compared to normal skills. Here are two of the new skills related to the specialization: 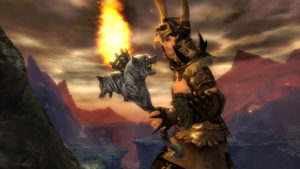 As said before, the torch will be the warrior's new weapon. Weapon of mass destruction, you will become a real human torch upon contact. Here no support for allies or survival, everything is in the attack:

We can see that the torch is a specific weapon for inflicting ailments and burning charges. This weapon will most certainly be useful in PvP with an alteration build (and in PvE if the current meta changes with the expansion). 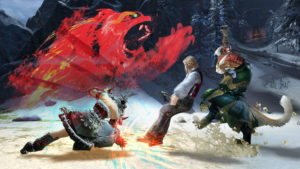 The new specialization is not left out in terms of utility skills. This will bring a new type of skill: rage skills. In addition to a show of strength, they grant an adrenaline bonus. For example, the skill Wild blow will knock back your enemies with such force that it will also inflict Knockdown on them. If you use your rage skills frequently, you will be able to benefit from the outbursts associated with them more easily.

Finally, the abilities of the Berserker are divided into three categories, each increasing one aspect of the specialization:

Do you want to be up to date and know all the tricks for your video games? In gamesmanagers.com we enjoy playing as much as you do and for that reason we offer you the best tricks, secrets or tips for you to play non-stop. We offer you quality content and always updated to keep you up to date. That's why, in our website, you will find not only videogame guides but also tricks, secrets and thousands of tips so you can play to the limit. Are you ready to get it? Enter now and enjoy your videogame!
SWTOR - Darker than Empire ❯

Add a comment from GW2 - Elite Specialization - The Berserker