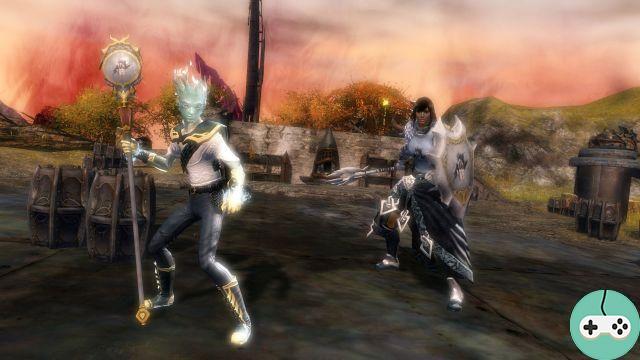 Scheduled for September 9, the feature pack is a collection of work done solely on the game's features. The first week was devoted to Player vs. Player modes. This second week puts more emphasis on the overall experience of the game with a bit of Player vs. Environment.

Since April 2014, there is a mega server to bring together more people and that the cooperative aspect takes precedence.

Already established in China, the system is landing in Europe and North America. This means that all the old sub-parts (by world) will be federated in the same place, in a single guild: bank, influence, improvements ...

The mega server system will now be accompanied by a reservation subsystem that will automatically activate as soon as a member of a guild joins a map to do a mission there, and will give priority to players in his guild for join this card. At the moment, the number of locations is limited so it is aimed at small and medium guilds. Larger guilds will have other upgrades in the future. 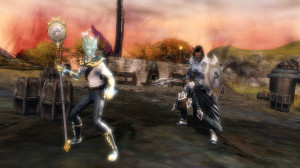 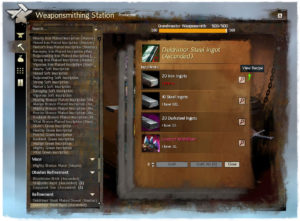 The recipes for these items are intended for advanced craftsmen, and monsters will drop versions of these weapons with stat combinations that suit even leveling characters. Their rarity can go as far as the exotic.

They are only available through crafting and will look different depending on your trades. You will be able to use it from the first levels of the game and will adapt more to combat in terms of statistics than normally. 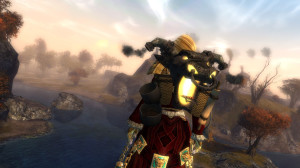 It is always annoying to fall on staves when you are a warrior, which is why you will be less likely to find items unrelated to your profession. What to have more chances of finding the rare pearl.

Whether it is for new beginners to the game, or those who return after a long absence, the developers have transposed many improvements present during the release in China, on the European and North American versions. 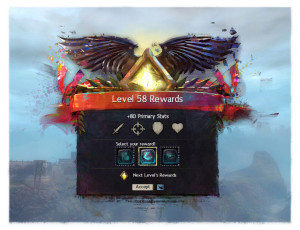