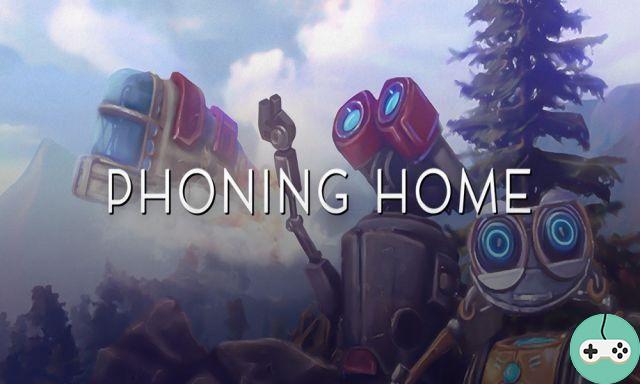 Phoning Home is an exploration-adventure game released on February 7, 2017, developed and published by ION LANDS.

The story of Phoning Home makes you embody ION, an exploration unit that is normally responsible for harvesting natural resources on the planets that are explored by the ship. Unfortunately, during a voyage, the ship in which ION is located suffers a damage and crashes on a mysterious unknown planet whose system has never been referenced nor listed on any map. 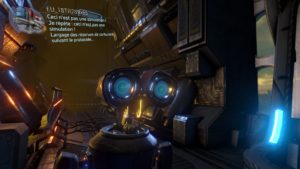 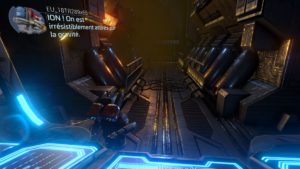 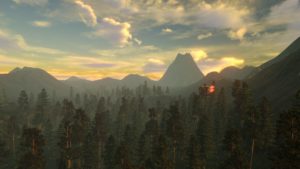 Totally cut off from the rest of the galaxy, communications no longer functioning, ION goes alone to explore the world to try to repair the ship and thus be able to contact your home world. ION will be supported by IA, the Artificial Intelligence of the ship which, even if it is not physical with you during the adventure, will accompany you and help you throughout. 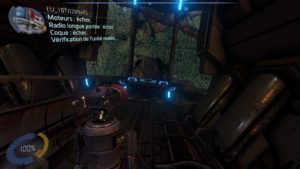 The story seems basic at first glance, but is deeper than it seems. The game world reveals some pleasant and surprising surprises, whether it's about ION, AI, the race that created them, and even the planet ION was stranded on.

So you find yourself alone on an unknown planet. Your goal will be to explore, collect resources, repair the ship, but also to take care of ... yourself. Because yes, it is not because you are a small robot that there is no maintenance to be done.

Phoning Home integrates a small "survival" part to gameplay. Indeed, instead of the “hunger / thirst” and “health” that we find in our piles of biological pixels that we are used to playing, you have to manage the “fuel” (the hunger / thirst equivalent) and "structural integrity" (the equivalent of health). 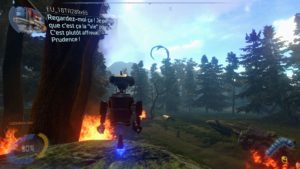 For that, you will have to make purges of circuits, cells of energies, and a whole bunch of things which will give you a higher or lower percentage.

Your level of fuel will be directly affected depending on what you do. If, for example, you decide to turn on the turbo, you will consume a lot more fuel than if you just go forward normally. As with using the jetpack, the more often you use it, the more fuel you will use. It will therefore be necessary to be careful, because otherwise you will risk spending all your time collecting what to make fuel rather than anything else. 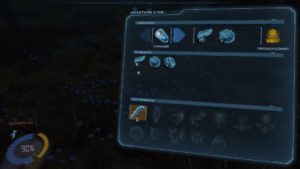 Le shielding is also damaged very easily. If you think you can throw yourself off a rock and take no damage, forget it! Just as if you get near too extreme heat sources, such as lava, your armor will gradually get damaged. 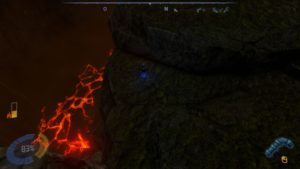 Apart from this management, the rest will be linked to the adventure. You will be able to make many objects, such as teleporters, weapons, etc. The teleporter for example, allows you to breach a metallic object (ship hull, metal deposit, etc.), which will be connected to another breach that you can place on any other metallic object you want.

For example, if you are near a ravine, there is a metal structure on the other side, you can very well cast a ray in it to create a breach, then look for a metal structure, a vein of metal, etc. on your side to open a second and thus connect the two and be able to cross.

Most of the adventure will take place "quietly". That is to say that you will have to explore, harvest, craft, explore even further, etc. There is very little fighting, moreover, the vast majority of living beings that you will meet will be neutral towards you and those who are not will be to flee quickly! 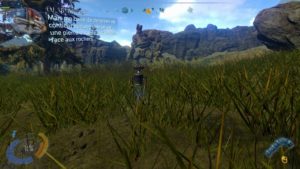 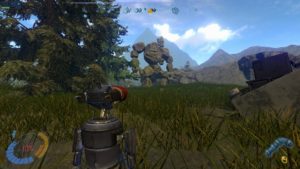 During your adventure, you will come across remains of an unknown alien civilization. You will have to learn more about it throughout your walks to hope to decipher its language and be able to use the remains of technology still in working order.

Likewise, very early in the game you will encounter another ship and another exploration unit, ANI, who will follow and support you. From this moment, you will thus have to take care not of one, but of two units. Together, you will continue to explore the world to unravel its mysteries! 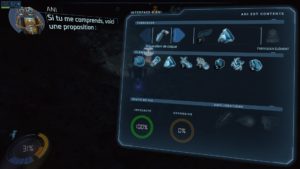 The game is very beautiful and offers magnificent scenery and panorama. Discovering and exploring this world is really very pleasant. Pictures are worth every word: 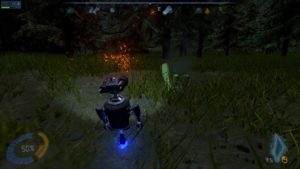 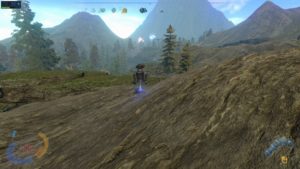 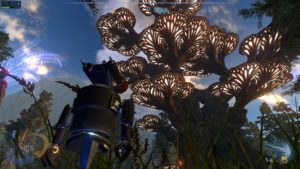 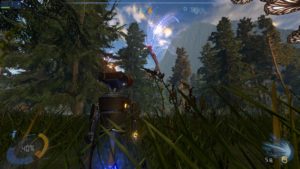 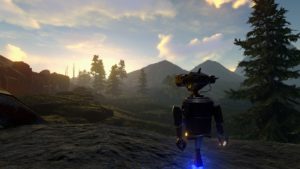 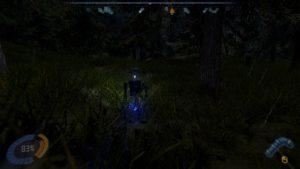 On the side of soundtrack, it is also very pleasant. The music is beautiful and sticks very well to the universe. The sound effects are nice and the AI ​​and ANI dubbing can be listened to with pleasure (ION being mute because of its defective vocal synthesizer.) However, these are only in English (but don't worry, the game is subtitled in spanish!)

On the other hand, on the side of optimization *, it is a little less at the top. With an "average" PC (GeForce GTX 960 - 2Go), when night comes, there is a big drop in IPS and if it starts to rain at the same time, it is quite anarchic as the IPS is so heavy. yo-yo. Admittedly, my PC is not extremely powerful, but I manage all the same to run more greedy games in “very high”, even “ultra”, such as GTV A, The Witcher 3. However in Phoning Home, I go from 60 to 30 FPS at night, even worse with the rain if I am in a forest area, I have a lot of falls at 15 FPS or even less.

Phoning Home is a good, fun and fun game. The lifespan is more than adequate for an indie game (between 15 p.m. and 25 p.m., depending on whether you are the picky exploration type or not), but doesn't really offer replayability. The game is mainly oriented on the exploration side, even if it offers small elements of survival which are however very secondary (do not expect to have to cook, make equipment against hot or cold, etc.).

The story is very interesting and unfolds little by little over the course of our walks, some secrets revealing themselves to those who will take the time to explore the world well. However, small optimizations * worries a little spoil the pleasure, but these last occurring "only" at night or when it rains, it is not very serious!

* After discussion with the developer following the publication of this article and optimization concerns, he advised us to lower the visual field, because this necessarily increased the number of objects to be rendered and to keep the default options. He worked a long time on optimization and used a special technique for rendering rain (but also snow and sandstorms) to reduce the impact on performance. On the other hand, there is not much to do in forests where the number of elements is necessarily very high.


Do you want to be up to date and know all the tricks for your video games? In gamesmanagers.com we enjoy playing as much as you do and for that reason we offer you the best tricks, secrets or tips for you to play non-stop. We offer you quality content and always updated to keep you up to date. That's why, in our website, you will find not only videogame guides but also tricks, secrets and thousands of tips so you can play to the limit. Are you ready to get it? Enter now and enjoy your videogame!
Albion Online - Beta Dates and Wallpapers ❯