GW2 - "The head of the serpent" preview 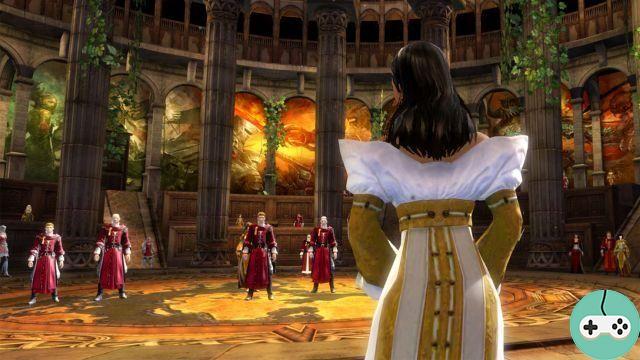 As always, the development team introduced me through a short game session to the next update that will take place on February 7, 2017 on Guild Wars 2. In this article, you will mainly find a preview of the news. card "Doric Lake" as well as the new episode of the living world.

Please note that some parts of the article may contain spoilers.

The story of this new episode takes place at Divine Promontory alongside Queen Jennah who wants your help with various matters. During this episode, you should know that there will be no major progress on the fights of the dragons but a lot on the White Mantle and the former Minister Caudecus. The story itself is quite short and made up of an open world (Lac de Doric) and three specific instances. It takes you two hours in a straight line if you are not watching the successes nearby to complete the episode. Regarding the storyline, it is quite simple if we just look at the end of it (there are no big twists) but lays certain foundations for the next episodes.

Now let's talk about the new map that arrives with the new update: Lake Doric. It takes place east of Divine Promontory towards Lyssa Passage and confirms the last leaks / bugs dating from a few weeks ago that we have seen. Your main opponents for this map will be the White Mantle, classic units, or jade enemies. As always, you will find updrafts or lines of force to travel quickly on the map. The map is also larger than the previous maps that arrived with Living World Season 3. 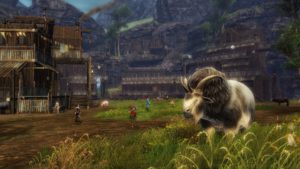 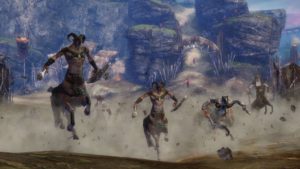 The basics of the map are much the same with a meta-event and three strongholds to defend against invaders on a regular basis (just under an hour). There is also a boss to perform with several players (about twenty) which has the particularity of partly resembling the first boss that players have seen in the epic (the earth elemental) but which also requires a small group to access it (many enemies attack you during your ascent towards it). This card also has many secrets like a Jumping-Puzzle (with many traps) but also a soothing cave next to a temple of the six gods (even Kormir has his statue). You should know that untied magic is still in the game and that a new resource is available on the map (jade crystals). This resource is scattered all over the area with good places in the South-East of the map for example and must be mined to recover it.

A quick word now on the new raid wing that some are impatiently awaiting. I did not have the opportunity to see with the help of a group the different bosses of this instance. However, here is some information that I could find to feed your curiosity. We will face four bosses and there are also no events like Glenna's escort or the labyrinth. There are no changes to Legendary Armor. On the other hand, if you complete all the achievements related to this new episode, you will get a magnetite converter (the raid currency).

Add a comment from GW2 - "The head of the serpent" preview