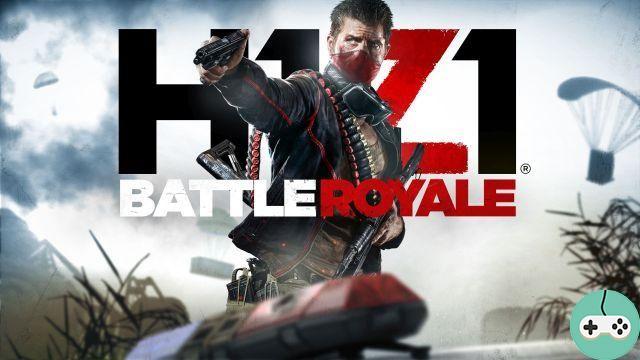 During a presentation organized on Skype, I had the opportunity to discuss with developers of H1Z1 around the future PlayStation 4 version.

H1Z1 was released on PC a few years ago now, the forerunner of a new genre, and more recently welcomed the Auto Royale mode, followed shortly after by the free-to-play release. In this vein of innovation and to continue to develop the Battle Royale mode, the studio has decided to develop on consoles, starting with the PlayStation 4 (the Xbox One is not excluded later). As development progressed, he came to the conclusion that he did not want to make a simple port, but a specific version to offer a unique experience to Sony console players ... and here we are with a version fully optimized for PlayStation 4, with 60 frames per second on PS4 Pro.

The start is similar to the PC, with the parachute drop, then it is asked to choose from one of the six level 1 weapons, from AK to AR, including KH43, Marauder, Combat Shotgun, the CNQ-09, the Scout Rifle or the MK46. 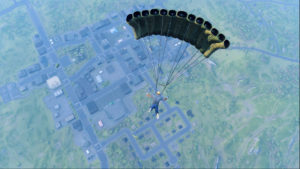 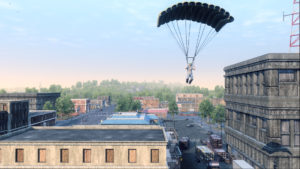 The new features are linked with a completely redesigned interface to adapt to the controller on the principle of the popular action / shooter games of consoles (Call of Duty style), with a weapon wheel that replaces the inventory and prevents to have an interface element that hides the action. The information is reorganized on the screen, with the life and mini-map at the bottom left, and utility objects (bandages, grenades, binoculars, emotes, etc.) at the bottom right. 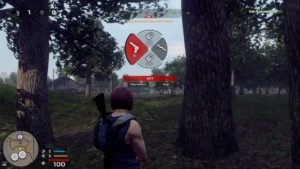 Also change on the side of view. The environment is presented in the third person, to improve the overall vision and give an impression of space, but this passes to the first person during the shooting phases, in particular thanks to the riflescopes.

The game begins and the pace is much higher, everything is settled in 15 to 20 minutes maximum thanks to the faster propagation of the gas which forces the players to gather in the center of the map. To facilitate movement, vehicles are more common and better distributed, to rush into the action ... or on the contrary to flee it.

Air drops are based on the number of players remaining in the game (one for every four players), in three successive waves, identified by three colors:

The quality of the loot therefore increases over time, with six new weapons specific to the PS4 inside.

But for the more careful players, there is no need to participate in these encounters which can become explosive, as the loot available in the world can be quite enough to get by with special level 2 and 3 crates. which emit a weak radio signal when approached. To retrieve these objects available in abandoned buildings, this is done by holding the triangle button: a repeated press and all nearby objects end up in the virtual bags.

As the inventory no longer exists, the recovered bags only increase the amount of items that can be taken away seamlessly without further display. No more craftsmanship in this version which focuses on the essential. 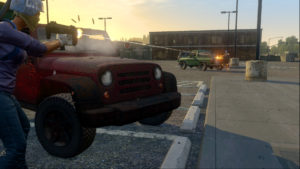 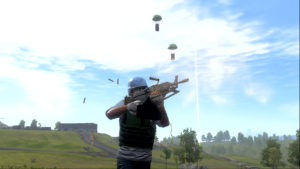 From today until May 22, 2018, you can pre-order for € 29,99 an H1Z1 pack filled with unique cosmetic items that will be unlocked at the launch of the open beta, scheduled for this May 22. If you are a PlayStation plus member, you will receive a 20% discount on your pre-order, but be aware that the game will not require a subscription to be playable, or even a purchase, as it will also be free- to-play on console.

You will find more information on the dedicated page, https://www.h1z1.com/playstation4.

Add a comment from H1Z1 - Battle Royale spreads to PS4