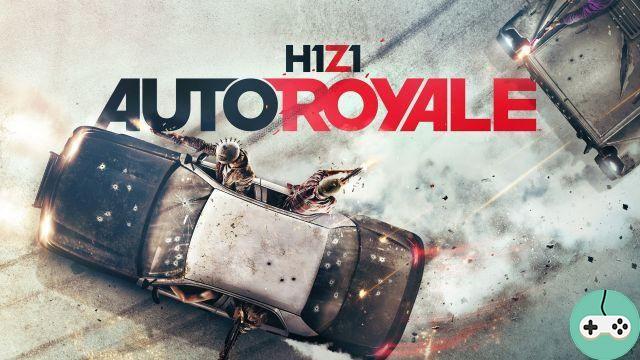 H1Z1, one of the first games to feature Battle Royale (BR) mode, is finally coming out in Early Access after several years of development. I'm sure you're familiar with this style of play that's so popular right now of parachuting players onto a large map with the goal of being the last to survive. In order to pick up the pace, a cloud of gas is released after a certain delay, forcing everyone to come together for even more violent fights. On these rather simple rules, the game turns out to be much more difficult to master than it seems: the opportunity to shine for the best virtual shooters.

On the occasion of the launch, essential elements have been added to offer a unique version of BR mode, where events are more easily controlled: 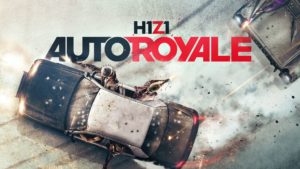 But the big news comes from the new vehicle mode, titled Auto Royale, retaining BR rules while offering explosive new opportunities. The players, grouped together in teams of 4 (one driver and three shooters), fight from cars against other teams on the map, with a maximum of 30 teams in total. To win the fight, two solutions: destroy the enemy vehicle or reduce the efficiency of its occupants by temporarily incapacitating them (it is impossible to die in this mode: after a period of inaction, an incapacitated player has fallen to 1 life. automatically returns to 25 health). 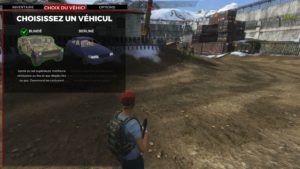 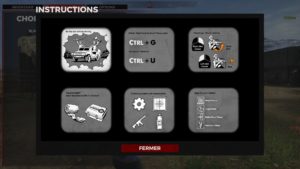 Although it is not possible to choose a seat at the start of the game, players can switch at any time by offering their seat with Ctrl + G, the first other player to respond to the request with the same key combination. initiating the reversal (note that this technique can also be used to allow an incapacitated passenger to recover to safety). The driver has an essential role to escape the gas, to roll on the bonuses to recover them and to get in good position to strike the enemies, without forgetting the management of the gasoline (even if it seems difficult to break down ); but he is not armed and will be able to do nothing without good cooperation with his three shooters. They are the ones who will have to shoot the loot boxes to destroy them, but also manage the inventory with all the bonuses collected to activate at the right time. As the inventory is shared, it is important to think as a team. So, when you take ammunition for example, Shift allows you to split the stack in two to automatically leave some to your allies. 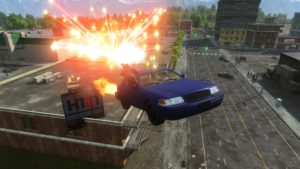 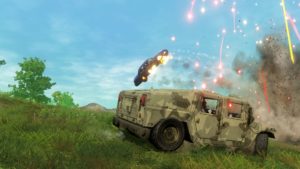 Two vehicles are available at the moment (with two skins each), one will be faster and more fragile (Berlin Sedan), while the other will compensate its armor with less speed and more stability (Armored ARV). Of course, more skins and more vehicles will arrive in the future. During the game, vehicles gain upgrades such as bulletproof glass, reinforced steel chassis, increased mobility in the water, and more health. This information is displayed in the form of bubbles at the bottom middle-right of the screen. A very useful tip for the driver: if your vehicle is on the roof, use Ctrl + U to put it back in the correct position!

To progress, there are many boxes with quite a few new features, both in terms of weapons and improvements: 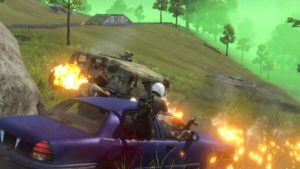 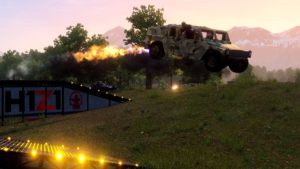 The best loots are clearly identifiable, marked with a large ray rising high in the skies, yellow for legendary items, purple for rare items. In addition, the airdrops are still there, bringing even more interesting bonuses with rare quality weapons and upgrades like the light machine gun (LMG, a weapon exclusive to this mode) or the repair kit in combat. With all the risks inherent in gathering around an area where all the players are likely to flock.

The map was designed for vehicles, with ramps for jumping and the ability for the most skilled drivers to climb on the roofs to go from building to building, with improvements to the key for the best drivers succeeding in performing aerial acrobatics. . Also, among the new features, a devastating attack that combines fire (from various explosives) with a slick of gasoline, to create a huge area of ​​damage over time, an effective way to attack enemy teams!

I had the chance to play a game on the test server, here is a video preview:

And here's a second video, this time captured by the developers, from that same test session:

Don't hesitate to give it a try, even if you don't like the classic Battle Royale mode too much, you might be surprised!