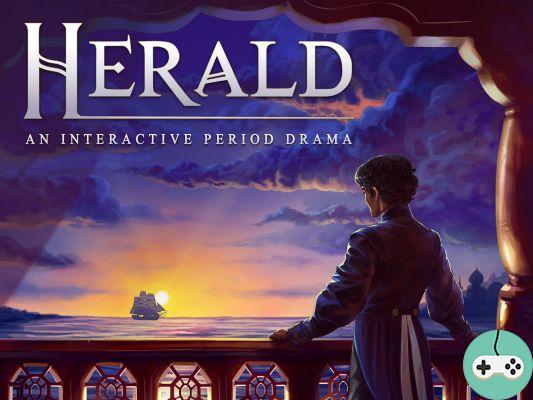 To change games with very dark atmospheres, I was able to test books 1 and 2 of "Herald an interactive period drama", an interactive point-and-click adventure game that takes place in an alternate universe (a uchrony therefore) and whose main subject is colonization. Herald is the first major game from Wispfire, a young studio of 4 developers from the Netherlands, based on a successful Kickstarter in 2015. Books 1 and 2 were released on February 16, 2017 on Steam. Here is the presentation video:

Herald is a multiple choice driven adventure game set in an uchronic 19th century where the West is united in a colonial superpower called the Protectorate. Ruled not by kings, but by a chosen one the “Lord Protector”, the “Protectorians” believe that they are morally superior. But are they? Herald tells the story of Devan Rensburg, a man of many origins who became a flight attendant aboard the Herald (hence the title of the game), a merchant ship heading for the Eastern Colonies. 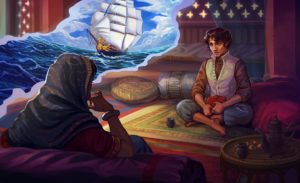 Your job is to maintain cohesion between the crew and the passengers who represent a microcosm of the society of this world, resolving their daily quarrels. The crew and passengers all have their own dark secrets and often use underhand duress to convince Devan to help them. But who can you trust? Next, you will need to uncover the great mystery surrounding the Herald's perilous journey as you explore its many nooks and crannies. A gripping tale where Devan seeks to find his place in a world divided by races, classes and cultures. 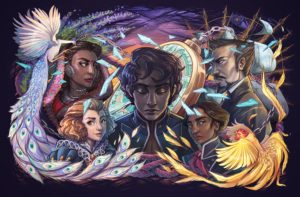 You play as Devan Rensburg and start the game after being rescued from drowning. You find yourself in the colonies as the prisoner of a mysterious woman named "La Rani". She won't let you go without knowing why you are here, which can be tricky since you can't remember. So you ask yourself a lot of questions that will (maybe) be answered later. Fortunately, the Rani has found your journal and you are going to find out a lot about who you are and how you got here. And that's how the real story begins and you begin your journey aboard the Herald.

Although being a point-and-click adventure game, Herald does not fit the typical structure of the genre, a la "Monkey Island", for purists, as there is no real difficulty or difficulty. 'very complicated puzzles asking to associate actions and objects, but rather a system of tasks to be solved given by the characters and which you will have to accomplish simply. In this, Herald is more like an exploration game with actions that move the story forward. 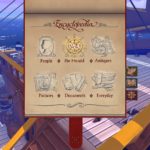 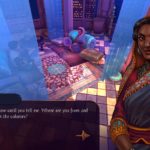 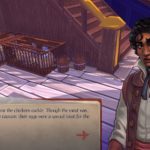 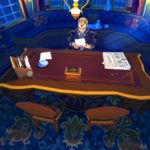 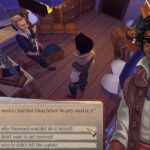 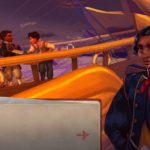 In the first book, your main objective will be to uncover as much data as possible about the ship and its crew. Meeting the different characters and responding to their requests helps advance the story.

This story is compelling, with many pretty surprising twists and turns, especially as you begin to discover that there is a strange relationship between two crew members and all the ingredients are in place to make the Herald's journey deadly. The game tackles different rather dark themes like death and suicide, but also usual problems on a boat such as seasickness. But I stop the revelations here, I won't tell you much more about this first book, it's up to you to find out. 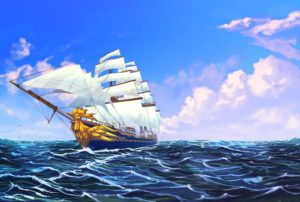 Each time you meet a new character, interact with a new object, or visit a new area, information about the ship is added to your journal. This is therefore both an inventory, a quest log and a place to store information that you will later use in the game. The ship's map is particularly practical for navigating and going where other characters are. ask to go. Some areas are cleverly blocked by a mechanic which allows you to get lost in this large ship. They will inevitably unlock at some point. This makes the game more linear but it is the meaning intended by the developers and it is a choice that is respected when you want to tell a coherent story. Sometimes the open world kills the story when you spend hours exploring and doing other unnecessary things rather than moving forward and I know something about it for getting lost in so many of them. 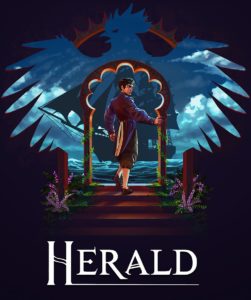 Herald is well on its way to becoming an interesting mini adventure series. With a compelling and innovative storyline and attractive visuals and original music, the game is interesting to play and allows you to spend a few hours in another uchronic world which I didn’t mind. The possibility of making emotional choices and of influencing your encounters with the other characters is fascinating although it is unfortunate that this does not seem to affect the general story too much unlike "Life is strange" which in the same style put much more the main character at the center of the movements of the story. But there are still several books to come out and maybe it will evolve in this direction!

The Herald Book I and II pack lasts approximately 4 hours, knowing that each book has its own story. Books III and IV will tell new stories of Devan's adventures and will be released as episodic content at a later date.

SWTOR - The Hero of Arkania ❯

Shadow Warrior 2 - Did you say badass?