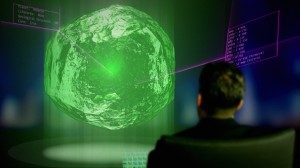 We are on the threshold of revolutionary progress. The atmosphere in the Senate this morning was overexcited when the Imperator made his announcement. The government finally revealed Project Archangel, rumors of which had been circulating for several weeks.

In summary, Project Archangel is an UEE initiative to literally build a planet from scratch. Mankind has finally found a way around the complex moral issues of terraforming, and we will never need to convert planets again. We can now build them ourselves. Although the technology is not yet perfected, scientists believe they will be ready to attempt prototype construction of a world in the coming decades.

The implications of this feat have had repercussions in the scientific, political and even social spheres. Kray, Emperor Xi'An, even made a statement, “It's very encouraging. My people will follow the development of the project with great interest. "

If successful, the Synthetic World Project will help erase the shame that humanity has had to endure after three centuries of unbridled imperialism. The Imperator ended his speech by inviting all scientists from the Banu and Xi'An civilizations to directly follow the progress of development:

“We don't want to keep this technology to ourselves. The ability to create worlds should be accessible to any culture so that there is never a need to fight over something as trivial as earth again. "

Figment - An Adventure in Music ❯