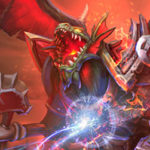 Over time, lush green vegetation has spread over Dragon Shire, covering the once charred realm of Dragon Peak to give it a deceptively peaceful appearance. But it is behind this green paradise that the ancestral power of the dragons has been imprisoned ... and their descendants have neither forgotten nor forgiven the offenses of their enemies. Fortunately, controlling the Dragon Warrior isn't easy, and you and your team are going to have to coordinate to get hold of it.

The County of the Dragon is a very large map, with 3 lanes, where as said above, your objective will be to awaken the Dragon Warrior in the center of the map, in orange. But his power isn't acquired that easily - you and your team will need to coordinate in order to control both Moon and Sun Shrines at the same time before you can claim to use his power. For that, we will need heroes able to stay a long time on a fixed point, able to hold his position! 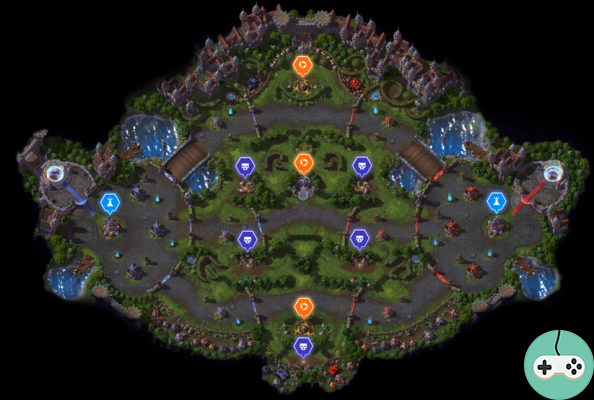 Control of Sanctuaries, the Power of a Dragon

Control of the Dragon Warrior is not in the hands of whoever wants it. You will have to earn it, by coordinating your team to take power!

We therefore recap the three crucial stages of the County of the Dragon:

Control of this devastating entity, as always, brings incredible pressure. Here are some tips in more detail:

The main timers to remember are related to the Altars which will grant you the power to embody the Dragon:

Some heroes, by their kit and gameplay, are better on certain maps. Here are the ones that are strong on Dragon Shire:

You now know Dragon County by heart! Unleash the power of the Dragon on your opponents, and roast them well!