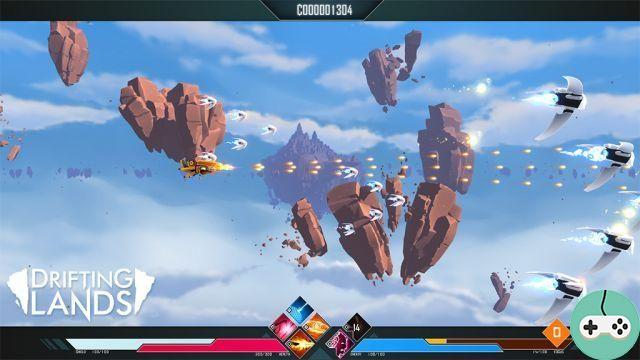 Alkemi is an independent studio based in the Nantes region. Its first game has been Transcripted available since September 2012. This first game was published by TopWare which unfortunately caused some concerns to the studio because of payment errors (to know more about this case ...).

Fortunately, the studio did not stop there and plans to release the game Drifting Lands in self-publishing. The concept of this game is quite innovative because it combines Shoot'em Up and Hack & Slash which are normally two completely different types of games because one wants to be completely dynamic while the other wants to be more relaxed.

In the demo that we were able to test, we were able to see the classic Shoot'em Up part, with the possibility of casting several offensive or defensive spells. Some examples of these spells:

In the future, we will have several new features on the game: 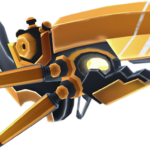 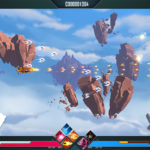 Coming back to the ships, we were introduced to the middle class ship: a hybrid that can inflict and take damage. Regarding the other classes, the light class will inflict a lot of damage but will be pulverized very quickly (which will appeal to people who are fans of Shoot'Em Up). Conversely, the heavy class will be able to take a significant amount of damage but without inflicting too much damage, it will appeal more to players new to this style of play.

Who says Shoot'Em Up says scoring races. Like most games of this type, the mechanics of gaining points are scratch or grease. This technique consists of grazing enemy projectiles without taking damage. However, new mechanics are planned to earn points for each class of the game.

You should know that there will normally be two game modes:

Finally, the game running on the Unity engine, it will be released on PC and Mac. Depending on the success of the game, the studio would like to release a version for Linux and consoles. The release is scheduled for 2015 with the possibility of adding the game in early access on Steam as soon as the game is finished. A demo is already available on the Steam platform to discover the game!

SimCity - How It Works: Lot Size