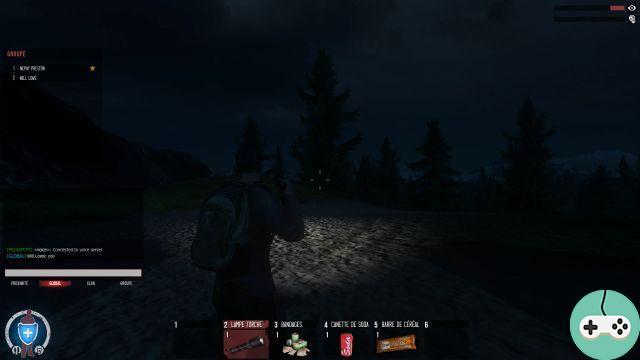 Here is a game that has been released for a long time now, some of you may have already known it as "The War Z", but today "The War Z" is dead, long live Infestation Survivor Story!

But what is this game?

Hammerpoint interactive plunges us into a post-apocalyptic world where all of humanity has sunk, towns and villages are now populated by undead creatures more commonly known as "Zombies". So here you are, plunged into a world where only a few rare humans have survived and where your closest neighbors want to feed on you. 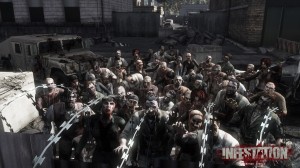 The game is available on different platforms, but the simplest currently seems to me to be Steam. Now let's move on to the most important, what's in this game. The game does not require a subscription, it is free to play once purchased. Finally, a shop is at your disposal for various things, unfortunately we clearly feel that the developers of the game want to make you go to the cashier from the first seconds of the game (well yes, you have to make a profit ...)!

To create your character, you will only be entitled to one archetype, that of "former soldier", nine others are available. To get them, you will either have to spend credits (buyable with real money) or collect enough money in the game. In the available archetype you will also have four customization options for the face, four for clothing. top and four for pants / shoes, all this is indeed little provided but rest assured, once in game, you can find or buy equipment to further customize the avatar. 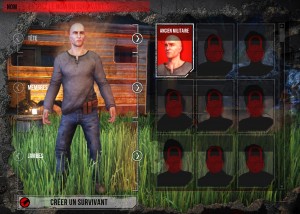 Once your character is created, you will be able to look for a server. Note that each time you reconnect to the game, you can choose another server and keep your statistics and equipment, the game uses a server system like on some Battlefield 3 style FPS (and not like on traditional MMORPGs).

As soon as you have chosen your server, you will arrive in the game. During your first connection, you appear a bit at random according to the game's desire. The game has a day / night cycle so you can very well arrive in the middle of the night or in broad daylight, as in the morning or in the evening. Your zombie friends will always be nearby, preferably in towns and cities. The forest will be your first protection.

To get started, you have a flashlight, a bandage, a can of soda, and a cereal bar. So what are you going to do with it? Survive of course! So, in Infestation, you will have to feed yourself or you will stay there! Eating and drinking are part of your daily life and for this you will need to explore the towns and villages on the map. Your flashlight will be useful to you after dark to see where you are going, you never know: walking on a zombie can be fatal. Exploring the map will therefore be your hobby, abandoned houses, wrecks of cars. Each of these locations can contain food, equipment, or a weapon that will help you survive in this hostile world. 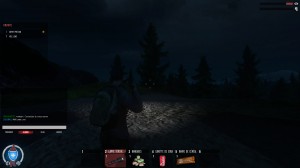 The principles of the game

In several parts of the map, you will be able to observe certain areas circled in red which indicates a "safe" area. In this place you will find a general store and a safe to organize and store your gear, as your first backpack does not have a lot of slot, so you will need to find a bigger one. In the meantime, it is better to put everything nice and warm in your personal safe.

The safe is linked to the account and shared. Whichever character you play, you will be able to access whatever has been stored by your character A, B or C which is quite handy given that it is not particularly easy to find in-game material. To go exploring, it is therefore good to check that you have something to defend yourself. If you haven't found anything yet, for lack of anything better, the flashlight can be used to beat up the zombie. Be watered and fed, leave with stock without being too crowded, because it would be a shame not to know how to harvest anything, because you have your bag filled too quickly. Once all this is ready, all you have to do is explore the region in order to find something to live on for one more day. 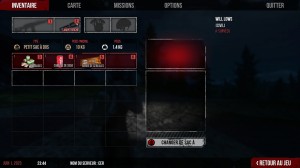 Did you say difficult?

Last little thing to know, the difficulties of the game! What do you mean, hunger, thirst, lack of resources and zombies are not everything? Well no ! You have to know something very important: when you die, everything you have on you at the time of your death, you will lose it forever! Another good reason to store everything well in your personal safe, it seems! And you will be quite right to think so.

In addition, you will not have to worry only about zombies, because the other surviving players of the game that you will cross will not all be very friendly people, they can kill you mercilessly in order to strip you of the fruits of your hard work. . Once dead, you therefore lose the contents of your bag and you will have to wait 1 hour before being able to return to the game with the dead character. Fortunately, you have four other character slots to continue playing while waiting for the hour to pass so you can resuscitate your character.

In order to infiltrate without too much trouble in sensitive places, you will have to walk crouching or crawl in order to make as little noise as possible otherwise the zombies will hear you and they will come towards you. The creature is highly sensitive to noise, so the louder you are, the more it will happen and the lower your chances of survival will be! 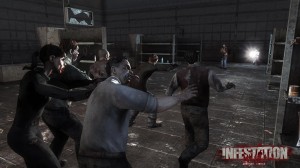 And to finish this little preview, I suggest you discover the trailer for the game in question.

Moon of Madness - Between madness and dreams