Ōkami - A gem back in HD 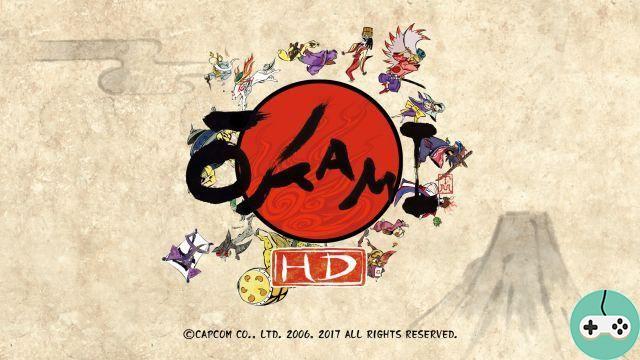 Let's not take four roads: Ōkami is a work of art that will have its place in your games library. This HD version is the opportunity to (re) discover this little gem originally released on PlayStation 2 in 2006. We have since seen it again on Wii (which makes at least a good game on this console, hinhinhinhin) then it was the subject of a first HD version on PS3 in 2012.

This second reworked HD version is available since December 12 on PS4, Xbox One and Windows. It is 4k compatible (with the appropriate equipment) and also offers the choice of the 4: 3 screen format to find the original version, or 16: 9 wide screen.

It is on the PS4 version that I set my sights. 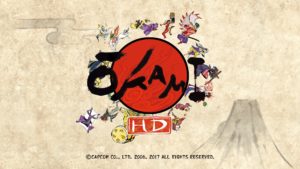 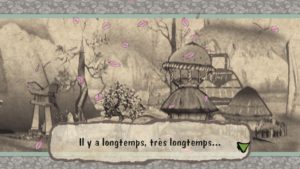 ... or rather: a long, long time ago, in a country called Nippon, there was a small village called Kamiki. The villagers had a slight problem with a dragon, Orochi. To appease the latter, it was necessary to give him a young lady to devour. One day, the one who was chosen was none other than the crush of a warrior, Izanagi. The latter, helped by a white wolf Shiranui (against whom he liked to compete), succeeded in defeating Orochi.

Our own story begins a century later. A statue of Shiranui comes to life thanks to the power of Sakuya, the spirit of the forests. The statue becomes the white wolf, inhabited by the spirit of Okami Amaterasu, the sun goddess and queen of the world. Amaterasu will have to lift the curse that fell on all of Nippon. We will be helped in our quest by Issun, a smart artist who dreams of knowing all the techniques of the celestial brush. It is of course with the help of these techniques, that we ourselves will learn, that we will restore the Japanese to all its beauty and put an end to the curse. 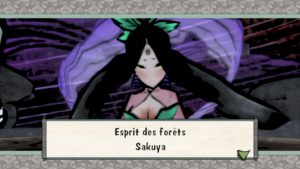 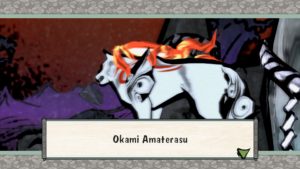 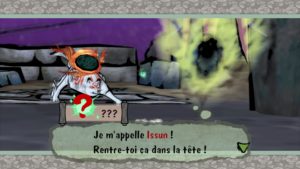 Please draw me a sheep

Yes, you will awaken the artist who sleeps in you thanks to Ōkami. By switching to "drawing" mode, you will be able to use the brush and the celestial techniques. You can even use the touch pad of the PS4 controller, if you opt for this support. If we grope in its first features, we end up taking the helping hand without too much difficulty.

The beginning of the game serves as a tutorial, to teach us how to use our powers and recover the first three techniques of the brush: Blade Light, Rebirth and Divine Sun.
The Blade Light is like a sword strike at your target, Rebirth allows you to (re) build (a bridge for example) and Divine Sun is used to recreate a sun to bring back the light.

But these three techniques are only the basis of a much more advanced gameplay. Not complex, since it is really easy to learn, but very original and sophisticated. The Blade can be used to defeat enemies, but also to cut elements of the scenery. Drawing a sun will solve puzzles that will require other items, etc.

This is where we realize how incredible this gameplay is. I don't want to give too much away, because the discovery is a big part of the fun, but expect to be amazed!

Finally, Amaretsu has more “standard” abilities: biting, barking, digging. Each has its uses. 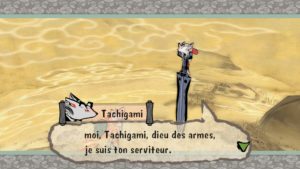 Apart from the main story, other elements enrich the experience. There are little side quests, NPCs to talk to, signs to inspect. The universe around us is very complete, alive. Animals also populate Nippon, and you can feed them in order to win their friendship, and Spheres of Happiness. You can find in the "Animals" menu some information on those you have already fed. 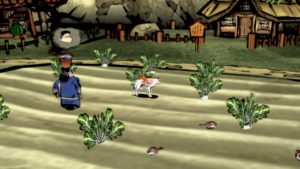 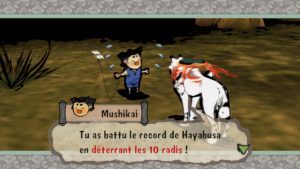 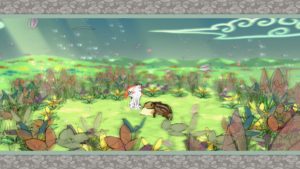 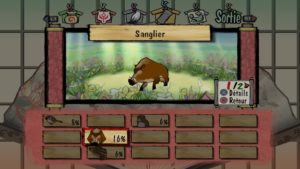 These Spheres of Happiness allow you to improve your divine attributes: 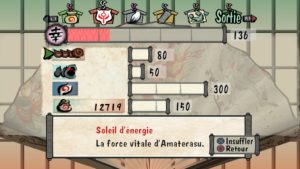 While we're on the menu, we might as well go through it!
The first gathers inventory and equipment. Amaretsu can store food (for example) for animals she encounters, and also needs equipment to deal with her enemies.
The third brings together the techniques of the celestial brush. Here you can read great tips and descriptions about learned techniques. It is also a way to remind yourself which technique can do what.
The fourth menu, symbolized by a scroll, is your knowledge base: your progress, information on your enemies, various tips are gathered here.
The last menu is simply the world map. 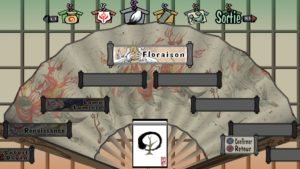 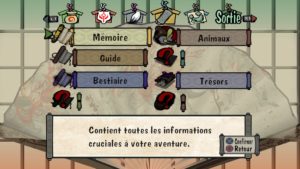 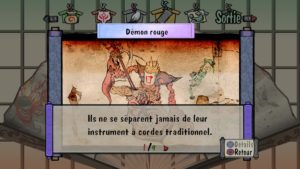 As with the rest of the game, the menu graphics are very neat. The detail is pushed to the sound effects, such as the fan (serving as a menu) that opens. After my eyes, it's my ears' turn to be amazed. The atmosphere and the music sublimate the title.

And the flaws in all of this?

Like any game, as close to perfect as it is, Ōkami still has a little thing or two that can get on your nerves.

For me it was the camera. It is controlled with the right joystick: pushing it to the left turns the camera to the right.

With L1 you can change the view, unfortunately it returns regularly to the default view if you have chosen the other. I would have liked the game to keep my choice and not change it at the slightest cutscene.

Last point: the characters are not silent, but you will not actually hear their voices. Rather, it is a strange whisper, as if not catching a distant conversation. If the concept is rather original and allows to have a little more compared to the only written dialogues, some "voices", like those of Sakuya sound bad to the ear. 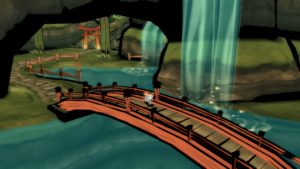 In a few words

An atmosphere and a style apart, an ultra complete gameplay, Ōkami can only rise to the rank of cult, legendary, and essential game. Available now on several supports, you will be spoiled for choice to succumb!

This is a title that is certainly not its age.

Ōkami on the PSN Store

Add a comment from Ōkami - A gem back in HD