Landmark - Anything can go up in smoke 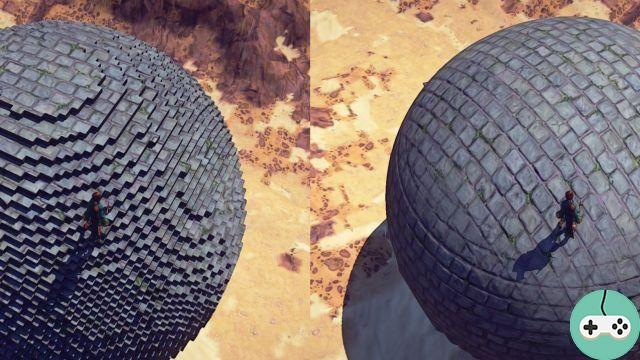 All the sets in EverQuest Next can be destroyed if you put the necessary strength into it. SOE builds the world out of voxels, the same elements responsible for Minecraft. But you will have noticed, the game is not cubic! Simply, it just means that when a building is damaged, the game is able to shatter it into pieces based on the strength and origin of the impact.

Voxels offer new opportunities in combat: bridges can be destroyed to prevent goblin armies from chasing you, walls of enemy guild headquarters can be knocked down to negate the defenders' advantage, and you can erect Mounds of dirt to protect you if the defenders try to escape. 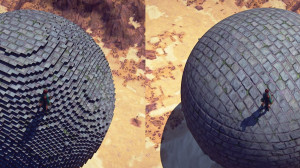 You will not only have the ability to modify the landscape above the ground: it will also be possible to dig! Perhaps you'll find a network of goblin-infested caves, forgotten treasures from ages past, or set off to face giant golems forgotten in ancient tombs.

The damage to the world will subside over time, but SOE has yet to determine the frequency. The effects of a fight could be visible for several days. 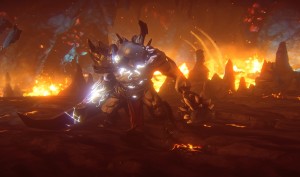 SOE knows that there is a small portion of players who will want to destroy everything, turning the world into a flat plain littered with piles of debris. To avoid this, some replacement buildings will not be destructible by players. However, enemy creatures can still try it out.

The Sims 4 - Learn About Half Walls and Locking Doors!

Add a comment from Landmark - Anything can go up in smoke