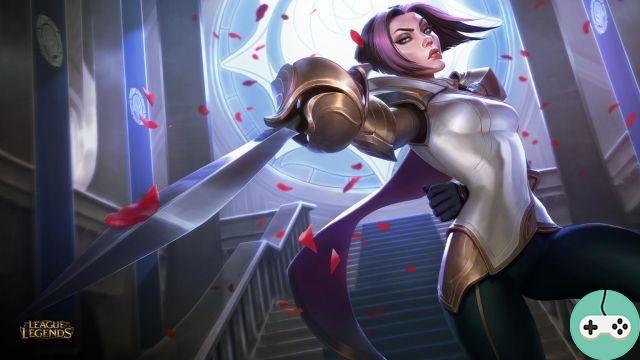 A priori, Riot Games does not intend to stop at Gangplank and Miss Fortune in the list of reworked champions. We learned a little earlier in the week that the developers have made good progress on the subject Fiora, you know, that popular genius swordsman in Season 3 and slowly being forgotten. 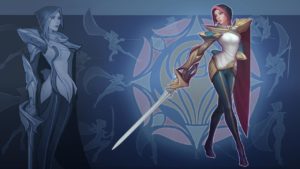 Indeed, the developers analyzed the character and realized that Fiora needed equipment quickly to be effective in part, and besides, she could not do anything else to help her team. The skill kit was therefore redesigned, without adding damage and removing the impossible to dodge hits (which made it unmanageable in some situations).


Fiora identifies the weaknesses (or vital points) of all the enemy champions she approaches. If she manages to attack the enemy's weak spot, Fiora deals extra raw damage during that attack while recovering a few HP and earning a small speed bonus. Fiora reveals a new weak point when she attacks one or when a moderate period of time passes without an weak point being attacked.


Fiora splits in the targeted direction before hitting a nearby enemy, dealing damage and applying effects on impact. Lunge targets enemy champions first and tries to hit opponent's weak spots. Finally, Slash's cooldown is partially reset when the skill hits an enemy.


Fiora adopts a defensive stance, parrying all damage and strong crowd controls for a split second. After parrying, Fiora attacks in a focused direction, briefly injuring and slowing the first enemy champion she hits. If parrying strong crowd control, Riposte stuns instead of slowing down.


Fiora increases his attack speed for his next two basic attacks. The first cannot critically hit but slows the target, the second is necessarily a critical hit.


Fiora targets an enemy champion, gaining a speed boost and full knowledge of his weak spots. Whenever she destroys a weak point, she deals raw damage equal to a percentage of the enemy's maximum health. If she is able to destroy all four weak points or if she destroys at least one before the target's death, Fiora creates a large and durable area under her enemy that heals her and allied champions.

If this reinvention of the character interests you more, the developers go into a little more detail and explain the reasons and the outcomes of the changes, especially on Riposte, in the official article.

So, are you ready to cross swords again?


Do you want to be up to date and know all the tricks for your video games? In gamesmanagers.com we enjoy playing as much as you do and for that reason we offer you the best tricks, secrets or tips for you to play non-stop. We offer you quality content and always updated to keep you up to date. That's why, in our website, you will find not only videogame guides but also tricks, secrets and thousands of tips so you can play to the limit. Are you ready to get it? Enter now and enjoy your videogame!
ESO - Rumors about the cost of TESO ❯

Add a comment from LoL - Champion Update: Fiora on the PBE