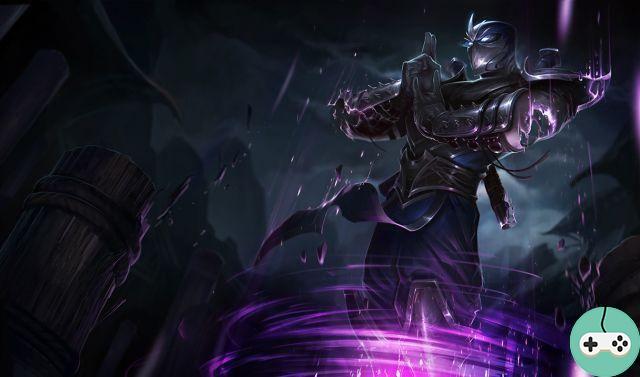 Zed's rival, Shen, has always been a calm ninja. Within his order (along with Akali and Kennen), he is the Eye of Twilight, meaning he must remain objective at all times and render an impartial judgment. So we attack Shen, the Eye of Twilight. 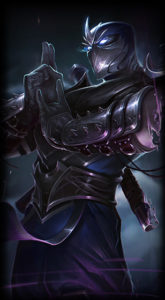 Before being a ninja, Shen is a tank. It has fairly extensive regeneration abilities and has increased survivability.

Instead of mana, Shen uses energy (like all ninjas), which allows him to stay on his lane for a very long time. His ultimate allows him to move quickly around the map while protecting an ally in need. It is played mainly played in Toplane, although it is sometimes found in Jungle or in Botlane support.

So then, if the light is so fast, why does it never catch up with a ninja?

Unwavering support (R): Shen protects an ally champion from damage, then teleports near that ally a few seconds later.

Veil of the Banshee

This build is focused on your resistance because on the one hand, it is as a tank that Shen excels but in addition, some of his spells such as Ki strike (Passive) or the Lame Vorpale (A) are based on your maximum health. With this equipment you will be a real pain for your opponents who will try to control you at the risk of letting your team's carries do the work.

At the start of the game, we will move directly towards life points with either a Ruby Crystal or a Doran Shield. Before returning to base, you must try to have at least 1200 gold. Why ? Because this will allow you to start your first defensive item for sure: whether it's the Specter Cloak against magic damage or Bami's Ashes against physical damage later.

The Solar Cape and the Spiritual Face are the objects at the heart of your equipment and they will accompany you in every game so much they stick to the character. The Solar Cape will allow you to kill waves of minions more easily and not to come out losing duels with your partner (that's why we buy Bami's Ashes first in most cases) . The Spiritual Face grants you health, regeneration, cooldowns and increases health regeneration effects by 20% ... in other words, on Shen, it is very, very strong. With these two objects, Shen is entrenched and returns to base less often because he can sustain (Editor's note: Ability to regenerate, therefore stay alive longer).

We then return to the classic choices of tanks. For the boots, we go either on the Sandals of Mercury, or on the Tabi ninja. The choice is made according to the composition of the opposing team and your direct counterpart in toplane.

For other defensive objects, it's up to you to judge whether you lack magic resistance, armor or a way to slow down the attack speed of your enemies: for that, you have the choice between the Shroud of the Banshee, the Thorny Coaster, the Omen of Randuin and even the Guardian Angel.

Finally, once you have a lot of life with Shen, it can be interesting to inflict damage (but only if you resist enough or have a large lead): we prefer the Blade of the Fallen King, and, if the pieces of gold are at the rendezvous, the Force of the Trinity. 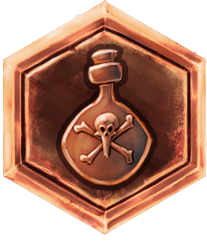 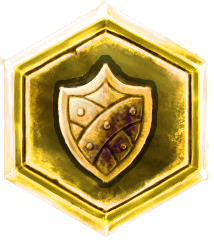 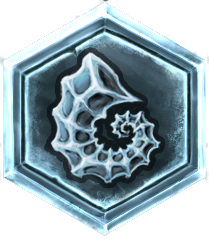 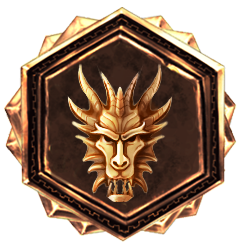 With these runes, you have all the characteristics that tanks love: health, regeneration of health points, armor and magic resistance. Nothing surprising so far.

What is unusual is the attack speed: the goal of this 15% bonus on this chosen statistic is to hold, or even win, your laning phase (Editor's note: Beginning of the game during which players are spread over their respective lanes and collect gold) using a maximum of Ki Strikes (Passive). Dealing extra damage allows you to kill minions more easily and can inflict more damage on your face. With this attack speed increase, there are situations where you can kill the opposing toplane AND jungler while ganking under your turn. 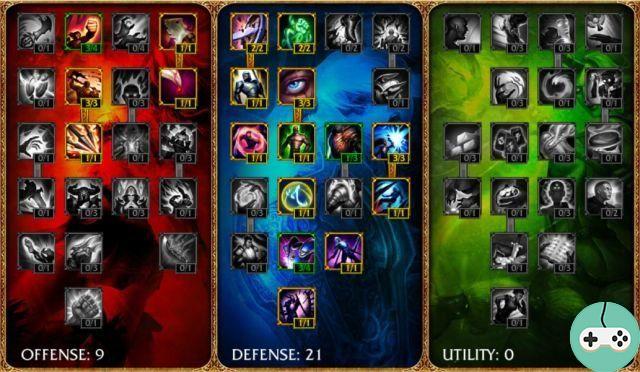 Masteries are very classic with a 9 point offensive tree (including Feast for health regeneration and the start of the physical damage column) and a 21 point defensive tree. Nothing more to say since it is about masteries increasing our defensive statistics and therefore our role of tank.

Of course, as soon as your ultimate fate Unwavering support (R) can be chosen, do it!

For basic spells, you absolutely must increase the Lame Vorpale (A): The reason is always the same, you will be able to farm better and you will be able to inflict more than significant damage with a spell at close range! At level 5 with Shen, you can easily gain the upper hand in clashes.

As a second choice, we prefer the Shadow rush (E) for his recovery time. You will need more and more of this spell as the game progresses as the fights will be more frequent and being able to taunt enemies three to four times in a single fight is much appreciated.

Last we will go up Feint (Z) to increase the shield value. We do not choose it before because we do not play in "mage" version (with magic power) and the values ​​of the shield are relatively low. Nothing prevents us from taking a level instead of a level of Shadow rush (AND).

You are a tank, so your main role is to absorb as much damage as possible for your team and protect fragile allies who inflict damage on opponents. Your skill kit also allows you to go directly into contact with the opposing carries or to provoke a priority target (a jungler a little too strong) while your team kills him in a few seconds. Finally, you must splitpush (Editor's note: Push a path while your team pushes another to 4) because your ultimate combined with a summoner spell Teleportation (D / F) allows you to get into the fight in seconds.

In the laning phase, your role is clear: farm (collect gold by killing minions). You must at all costs have decent equipment during the first clashes between the two teams. Abuse your Ki strike (Passive) and your Lame Vorpale (A) to kill as many minions as possible. With practice, you will try to send your Vorpal Blades (A) on the opponent while continuing to farm minions.

Aggression side (I am an aggressive player), you can easily gauge if it is possible to kill your opponent in 1 against 1. For that, wait for level 4 or 5 and throw a few Vorpal Blades (A) on him. According to its resistances and its regeneration of points of life, it will quickly find itself at 60% of points of life. Then wait for 120 energy points and a Ki strike to perform the following combo:

The exchange should be to your advantage and you can even pursue your opponent in an attempt to kill him. Be careful not to underestimate the damage of opposing minions who will attack you during these phases of aggression. If you see your opponent resisting, just back off and take advantage of your advanced regeneration mechanics, you'll be a winner.

The provocation generated by Shadow rush (E) is a huge asset if the opponent gets too close to your turn. By being provoked, the opponent will attack you and the tower will target him. A few dozen less life points will not be refused.

Regarding your ultimate, be aware that it can be interrupted. For my part, I tend to withdraw when I see that my allies are going to engage in combat (or be engaged). You must cast your ultimate on a fragile target that will take a significant amount of damage (such as the carry). If this is not possible, run Unwavering support (R) on a melee champion, the objective being to perform a Shadow rush (E) at the exit of the teleportation.

Finally, just because it is a teleportation spell (halfway) does not mean that you should not use it in teamfight! The important part remains the shield applied to your ally.

It is this aspect that makes Shen a solid character in all circumstances and which will allow him to gain the advantage in teamfights, even if his laning phase has gone badly.

Apart from this overall character's ability, there is a particular synergy with allied champions who can camouflage themselves (it's more for fun, by the way) or those who can reach melee easily, such as Leona. This is the case of Twitch and Rengar (or Evelynn but its camouflage depends on the proximity of the opponents), to which Shen will be able to teleport during their camouflage phases. If the ultimate of Shen is well coordinated with the camouflaged champion, I let you imagine the surprise of the adversaries when they see not one, but two characters appear out of nowhere to slaughter them. An alternative works with Twisted fate ou nocturne but requires perfect synchronization.

There are some champions that Shen doesn't like very much. In general, we will hate characters from a distance since they can inflict damage from afar (harass) without being able to return the same to them. There are, however, many match-ups (Editor's note: Duel possibilities) that you will understand through practice. Below, you'll find a sample of 6 champions who, by default, are going to annoy Shen more than average.

You now know all about Shen, the Eye of Twilight. Unflinching protector of the weak and the oppressed (your carrys what), you will never die! Good luck in Summoner's Rift.

Battlefront - How to get started? ❯

Add a comment from LoL - Shen Guide: "Faster Than Light!" "