LoL - The Basics of the Game: The In-Game Vision

A video game player in your spare time, you heard about League of Legends aka LoL through a friend. You download the game and launch yourself into the Rift without knowing how to shoot your arrow with Ashe. So you decide to look for a guide to learn the different basics that are the pillars of LoL. That's convenient ! I will present to you through this guide the many basic parameters that you need to know if you want to improve in the game. The guide will be divided into 4 chapters which will be released over several days.

Wards are objects that reveal part of the map. They make it possible to take the information on the positioning of the adversaries and are thus essential to the various strategies of the play. The warding which means "to pose beacons (wards)" in English can make win the game as well as make it lose if badly used. There are 3 types of wards in the game: Stealth Wards, the Vision Wards and Farsight Wards : 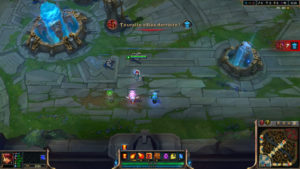 The first ward is the Stealth Ward (Camouflaged Beacon) which is the "base" ward. It has 3 hit points and is invisible to the enemy. Only an Optical Jammer (Red Relic) or a Pink Ward can make it visible. This ward lasts 180 seconds or 3 minutes.

The second ward is the Vision Ward (Vision beacon) which is a pink ward with an eye above it. This ward is visible to the enemy team but allows other wards to be seen in an area around the pink ward. It has 5 health points and stays until it is destroyed.


La Farsight Ward is the most recent of these wards. Indeed it is obtained with the improvement of the blue relic. It allows you to see a large area for a few seconds then leaves behind this ward which has only one point of life and is visible to enemies. However, its very long range of use may be the reason for its use.

When placing a beacon, be careful to put it in a bush, for example, so that it gives vision to the entire area. 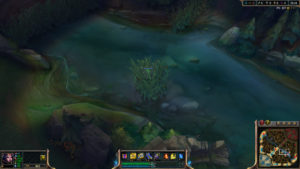 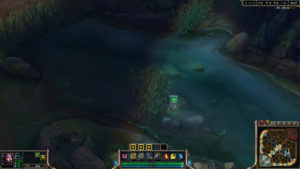 In the first picture, the ward is well positioned in the bush and allows you to see all around, unlike the second, which cannot see the area behind this bush.


In order to know if the ward you are going to place will be correctly positioned, the cursor changes color. The cursor is blue when the ward is outside the bush and green when it is inside the bush.

Minions are AI-controlled units that roam the three lanes of the map. They are summoned every 30 seconds by the Nexus. Eliminating minions earns you experience and gold (you have to finish the minion to get gold). Different types of minions exist in the game like melee minions, ranged minions, gunner minions and super minions. The minions will target different enemies depending on the situation. If you attack a champion close to his minions, they will attack you. 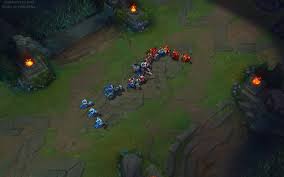 Remember that minions near you are subject to Baron Nashor's enchantment when your team has killed him (and you are not dead in the meantime).

add a comment of LoL - The Basics of the Game: The In-Game Vision