LoL: Updates from Tristana and Alistar 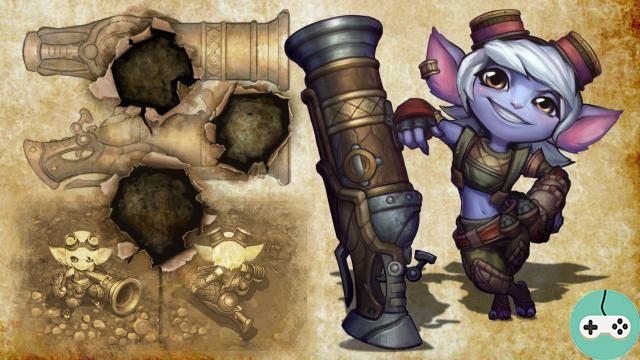 Continuing on from the latest character updates, Riot decides to take on Tristana and Alistar. 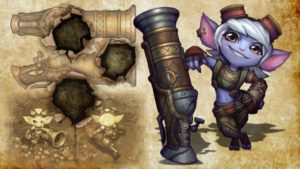 She got a whole new model with better textures to reinforce the yordle look of Tristana. But this is not the real update. In reality the big change planned is in the gameplay of Tristana. Being very strong at the end of the game, the developers decided to make some changes to make the character just as powerful but more technical to play. They also announced a decrease in attack speed gain per level to make the Quick Shot spell really useful.

Passive : When Tristana kills a unit, her shot explodes, dealing damage to all nearby enemies.

Active : Tristana attaches a charge to a nearby enemy unit or turret. After a few seconds, the charge explodes, dealing damage to the target and nearby enemies. Attacking the target with Basic Attacks strengthens the charge, which in turn increases explosion damage. Tristana can also use Rocket Jump on the target affected by Explosive Shot for more damage.

We don't have very specific details but the developers have shown a video showing a possible combo with the new E:

For all the changes to Tristana, you can check out the official article dedicated to it. 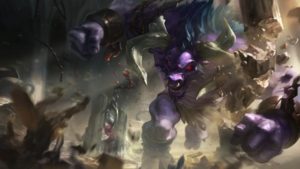 He too has the right to new textures to strengthen his Minotaur side. It has new animations: Alistar will go through different running styles depending on his acceleration and deceleration and you will really see him stomp his enemies with his passive skill. No big gameplay changes have been announced.

Finally, to see the official article, just go to this address.

So much for these last two champion updates, what do you think?

Add a comment from LoL: Updates from Tristana and Alistar