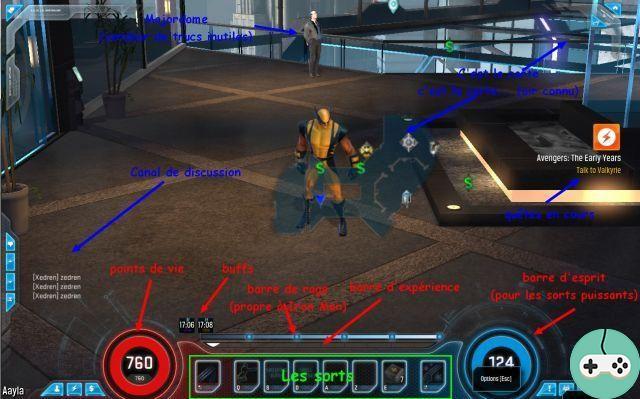 This weekend, if you followed our news you may have participated in the last open beta weekend of Marvel Heroes, the future MMO signed by Marvel. If you missed it, here's a little technical catch-up that might make you want to play the game from June 4th. You can find our presentation of the history of the game and its general concept, because this article will only concern the technical aspects of the game, the interface, the talent trees, the craftsmanship and necessarily the shop.

MMO and Hack'n Slash players will not be disoriented, you will find great classics placed in the usual places and not customizable, at least in the beta: 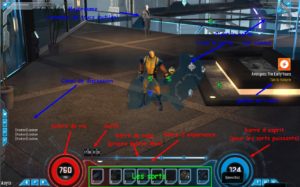 Life and energy (or spirit) are classically represented by round frames, the spells are of course in the central bar with a maximum of 8 keys available which is ultimately relatively flexible (but still not directly modifiable so you will have to go back by dragging and dropping from the powers interface to store your spells).

In conclusion, a very classic and refined interface in line with what already exists with a slightly SF side (the bright blue) which gives an aspect quite close to the SWTOR interface. We can like it or not, I find it pretty damn good (but it's normal since it takes what is done best) with only one big downside but which can be annoying in the longer term, the fact not to be able to modify anything. 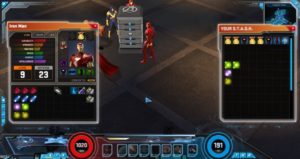 The Bank is in the Avengers Tower and like the inventory, it is shared by all the characters on your team which is quite limiting in the long term especially since for the moment I haven't seen anything either in game or in the shop allowing to increase the storage space of one or the other.

We earn 2 talent points per level, talents are unlocked gradually and are also sometimes increased by pieces of equipment that give a point in such or such talent.

In the end, we stay in the classic. I haven't been able to test other superheroes so it might change a bit depending on the characters but it shouldn't be too different. However in the beta, some icons have not yet been put into play so it is still possible that this will change. 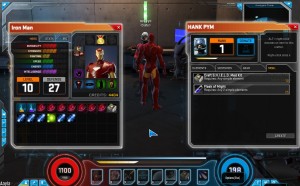 In the end, the open beta weekend lags didn't allow me to see what I had hoped to see. A few avenues, however:

You will find in the Avengers Tower a merchant (Hank Pym) who allows you to transform different kinds of level 1 energy that you collect in abundance in the game into level 2 energy (3 level 1 energies are transformed into an energy of level 2).

For now, at level 1 this merchant only offers that and allows you to exchange level 1 energies for life or spirit potions. However, all merchants, and therefore including the one dedicated to crafting, can level up if you give them (yes a free donation) pieces of equipment instead of selling them. I imagine that at the next level of the merchant you get more craft choices.

3 tabs are available, one for "costumes", another for "equipment" and finally a "miscellaneous". It may therefore be possible to obtain costumes without necessarily going through the store.

There is still a tab missing from the store (hopefully this will open up options for adding space in the inventory and other game facilities) but 4 tabs allow you to get a good overview. We were promised that this one would only offer customizations and that is mainly the case. You will therefore be able to find there: 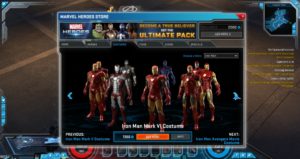 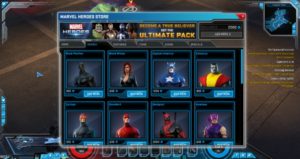 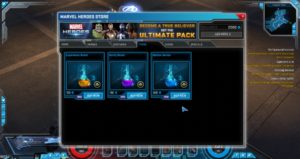 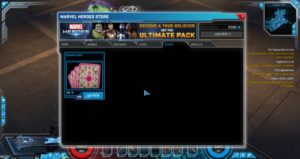 The in-game store also gives you access to the online store via the main tab and to the various packs that can be purchased online before and after the launch of the game. 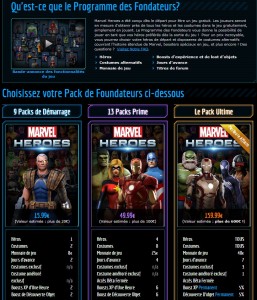 3 packs are available at various prices:

To conclude, Marvel will offer us a Free-to-play game that is really free and honest at first glance (to see if for them the model will be viable) but a little smooth in my opinion with too little choice of customizations on the beta in any case.

Not having been able to test the story mode in depth, you will have to wait for the release of the game to know if the content is substantial and if the gameplay is pleasant in the long term, throughout the gaming experience. either in the choice of the superhero that by offering more and more difficult challenges. We can also hope that the MMO aspect will eventually offer players guild challenges, interactivity between players and why not e-sport. June 4 will already offer some answers to these questions.

If you are interested in Marvel Heroes, do not hesitate to go to their online store which is available in spanish and you will be able (or not) to your market knowing that in my opinion you will have to spend at least 16 euros to have access to a super hero of your choice and to some basic facilities on June 4 with a discovery pack.

Add a comment from Marvel Heroes: end of beta