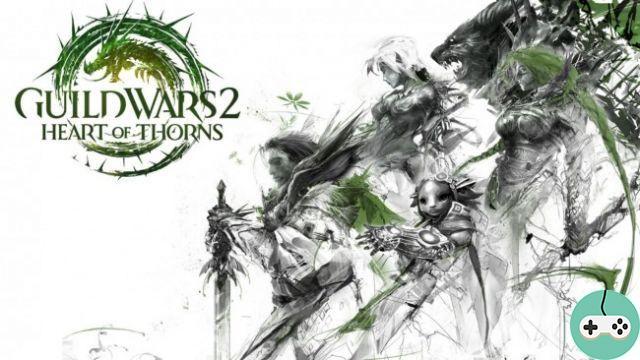 Before starting this test, we are going to review the path that brought me to Guild Wars 2. The evolution of the latter is particular as the Heart of Thorns was for some members mandatory in order to survive and compete with other tenors of the world. kind. 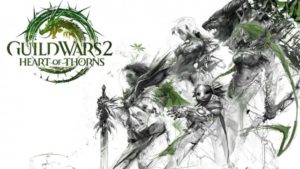 Guild Wars, first of the name, remains one of the games that I liked the most. Her expansions have yielded stories with colorful characters that many have grown to hate (Kormir, she triggers the end of the world and becomes a goddess as she twiddles her thumbs as she steals your victory.), Characters that don't don't look like it but hide a great power (Rurik, a ridiculous warrior alive, and an ultra-powerful brute in the living dead) and others that we loved.

PvP was varied and featured epic arena battles with two class combinations resulting in Dantesque combos. If you wanted to show that you were the best, there was only one way, Heroes' Rise, which gave you the opportunity to fight against teams that had reached the same level as you.

At the end of the game, we even had the right to particularly difficult areas (Domain of Anguish, Slavery Penitentiary, Urgoz Labyrinth, Abyss, Otherworld, Lamentation Furnace, Fissure du Malheur) where the the right to make mistakes simply did not exist.

In my opinion, the thing that disappointed me the most about Guild Wars 2: The Double Class. Making a monk necromancer for the joy of being able to protect your adorable cadaverous creatures is priceless. 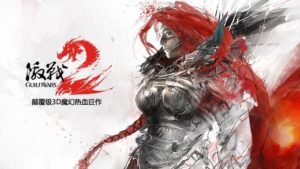 Guild Wars 2 and its beginnings

Let's be short, this game promised a lot when it was released, the story is still interesting, the classes stick well to the theme even if some choices leave me skeptical (a Sylvari in fire magic!); or, it was done in order to give players the choice to play what they want, as they see fit. As for the zones, the cutscenes, the whole thing is sublime! As for the outdoor boss fights, it was heavy although a bit repetitive after a while. We even used timers to know which boss was going to appear on the map and when, in order to have rewards.

As for the living history, a lot of the events were really nice (Special Mention for the Super Adventure Box), but killed quite quickly by the simple fact that intensive farming was almost mandatory. Finally comes Scarlett, the character who was interesting ... at first. I must admit I never found the courage to finish her saga as she was, in my opinion, far too present and sometimes ridiculously staged. If certain passages attracted me, the background of Guild Wars 2 was boring and made me completely drop out of the game. 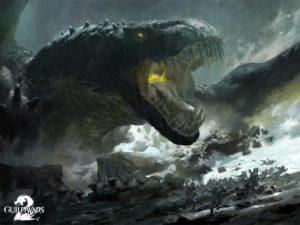 When I heard about this expansion, my curiosity was immediately aroused. Maybe this expansion would rekindle my love for this game which meant a big part of my career as a Sunday player?

This expansion brings new life to the base game and comes at the right time to fill in what was missing: Raids and the Guild Hall.

Raids, high level content, allow players to test themselves, either and his guild. Cohesion and team spirit are really to be put forward. When GW2 came out, the only event that had come up briefly to offer this was fractals.

As for the Guild Hall, despite the fact that the choice is not as great as in the first game in terms of decorations, I find that those offered are rather well suited to the theme and give the guild a more sense. "user-friendly". Finding yourself in a field at the exit of the promontory is not as nice as being in your guild hall, you will agree. The fact of having to complete a group quest in order to own the place is also very interesting and offers a first guild challenge in order to obtain a social reward.

Specializations, the heart of this expansion, completely change old patterns and breathe new life into gameplay. New badges also come into play in order to rebalance everything and finally meet players using different builds. Between the druid who allows to have more than correct care, the necromancer with the swordfish and the thief with the stick (to name only these three la), we finally have something to think outside the box.

Hang-gliders are a novelty that allows a new approach to verticality. This should make the players feel a little more free.

This extension was eagerly awaited by the community. I would have liked to see her point the tip of her nose long before she dropped out of Guild Wars 2. Between the story that allows us to immerse ourselves a little more in this world so rich and intense, the specializations, the guild halls, raids ... Arena.Net has made many fans' dreams come true and has given Guild Wars 2 a second start! An opus not to be missed, so will we meet very soon in Tyria?

I would say that there is still a long way to go to get past the first opus, as it marked the players. However, the path the game is taking could get there in due time. Let's give time to time, tame the new features of Heart of Thorns and get ready for the adventures to come!

Add a comment from GW2 - Overview, review and evolution