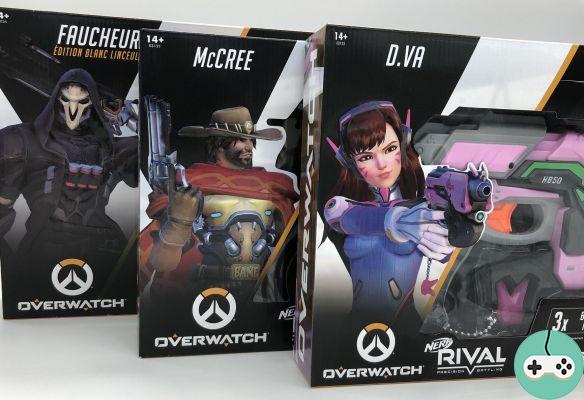 On March 14, three blasters created by Hasbro, in partnership with Blizzard, were released exclusively at Micromania, featuring the arsenal of iconic characters from Overwatch: McCree, D.VA and Reaper. And I had the chance to receive them to present them to you! 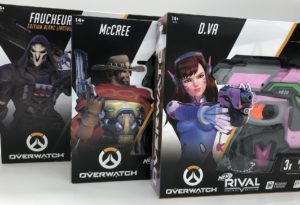 I will directly start talking about ammunition because it concerns all replica weapons: they do not work with the usual Nerf darts, but foam balls of about 2 centimeters propelled by a spring mechanism. Thus, they have a much greater propulsive force (2.4 meters per second), which also results in a higher age limit (14+). By comparison, because I'm assuming you're now asking yourself the same question as I was, real handguns fire between 250-500m / s (up to 1300m / s for some rifles). 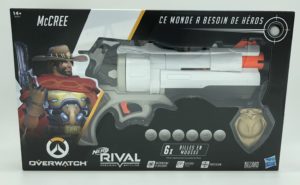 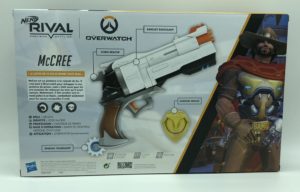 Being able to accommodate only one ball at a time, this pistol is charged in an atypical way by pulling the front part of the barrel towards the stock, which shifts the barrel laterally. The mechanism requires you to have a good grip with both hands, and therefore to let go of the trigger, or even to wedge the weapon against your body for more force. Once the ball has been slipped into the single round location (which therefore resembles the barrels of real six shots), the pistol is armed by withdrawing the front of the barrel towards the muzzle, which replaces the barrel with a click. A weapon that has class therefore, all the more with its reactive hammer and its spur rotating under the butt, but which, on the other hand, does not ensure a very high rate of fire.

In addition to the 6 gray balls, a super badge is provided with a tab to slide it into the waistband of pants for example. 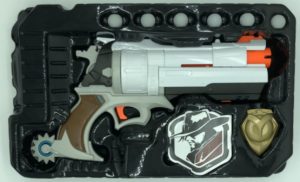 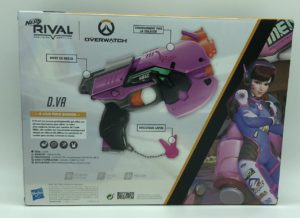 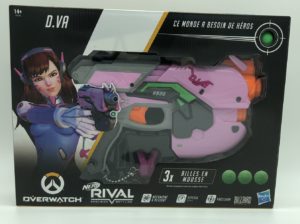 The smallest of the three blasters, this pink and black Nerf is loaded through the breech, but much more easily than the others by pulling on the rear part, above the butt. Can contain up to three balls (three of green color are provided), it however needs to be rearmed before each shot with the same mechanism as the loading, even if we do not find ourselves obliged to reload each shot and its small size allows for relatively easy manipulation without releasing the trigger.

A rabbit charm is hung at the bottom of the butt. Connected to a chain, the charm is not intended to be removed (which may nevertheless prove necessary in the case of use on a battlefield, it is damaging that the manufacturer has not provided a carabiner. for example). 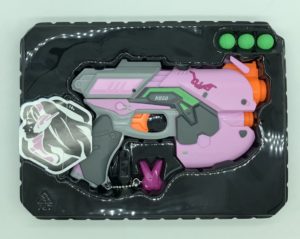 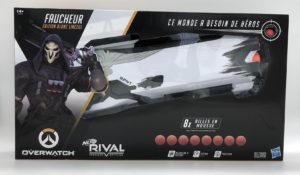 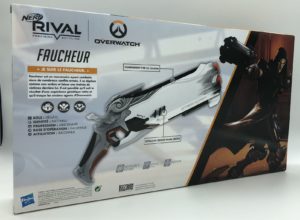 The largest of the blasters in the series, the Reaper weapon is also the most difficult to arm and requires pulling a handle at the back, at the butt, for at least ten centimeters. As long as the mechanism has not reached its stop, it is impossible to re-insert it, even though the breech is already open and all the balls inside. Considering the size of the weapon, this very clearly requires taking both hands, especially as it tends to lock. It is also the only one of the three weapons to have a special button for forcing the magazine to open to release any stuck balls. Once in action, however, it is the blaster that has the greatest firing potential with 8 balls that can be preloaded simultaneously even if, once again, it will be necessary to reset the mechanism each time by pulling the handle.

There is nothing in this pack other than the 8 red marbles. 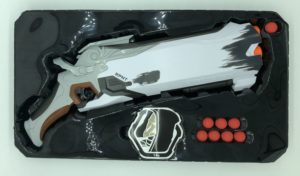 Less handy than other Nerf blasters I've tested, these three Overwatch-inspired weapons in my opinion require a little too much force to reload, which makes handling laborious. The power and precision of the shots, however, are undeniable, making them deadly effective weapons. It is just better not to miss its target because, the time to reload, the adversary will have had time to fire several darts if it uses a classic blaster. 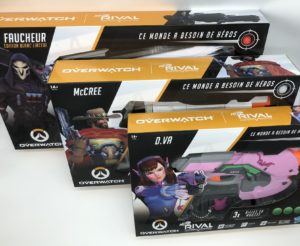 Do you want to be up to date and know all the tricks for your video games? In gamesmanagers.com we enjoy playing as much as you do and for that reason we offer you the best tricks, secrets or tips for you to play non-stop. We offer you quality content and always updated to keep you up to date. That's why, in our website, you will find not only videogame guides but also tricks, secrets and thousands of tips so you can play to the limit. Are you ready to get it? Enter now and enjoy your videogame!
No Man's Sky - Planets Guide ❯