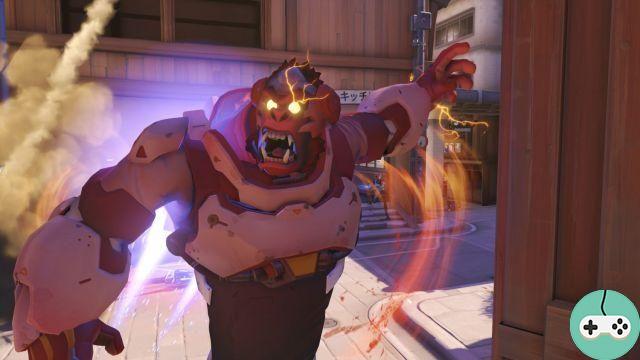 Imagination is the foundation of all discoveries

New game, new guides! Overwatch is no exception to the rule, and Blizzard's latest addition will be scrutinized. Without further ado, we attack the ape scientist: Winston ! 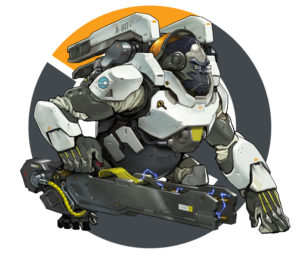 A genetically modified and superbly intelligent gorilla, Winston is a brilliant researcher and a staunch defender of the genius of mankind.

The Horizon lunar colony was a first step for humanity towards resuming the conquest of space. Among its first residents was a group of genetically improved gorillas that were to be used to test the effects of extended stays in space ...

One of these gorillas responded to treatment by showing such brain development that Dr. Harold Winston took him under his wing to teach him the sciences and history of human genius. The young gorilla spent his days assisting the researcher in his experiments and observing the distant blue planet through the portholes of the habitat, dreaming of the endless possibilities that awaited him there.

But his life was to collapse into chaos when the other gorillas rebelled, killed the scientists who surrounded them, and took control of the colony. Taking the name of his beloved human tutor, Winston built a rocket and fled to Earth. There he found a new home with Overwatch, an organization that represented all he had admired about humanity. Winston was finally able to live up to the heroic ideals instilled in him.

Since the disbandment of Overwatch, Winston has lived in seclusion, cut off from a world in which he nevertheless continues to believe, and hoping for the return of the era of heroes.

Winston is a linear hero in the way he plays, you could almost say straightforward. The gameplay itself is straightforward, with the hero blasting enemies without the need to aim, which is where the 3/10 rating comes from. However, it is a tank, and like any tank, it is above all the player's vista that will differentiate the good tank from the bad tank.

As long as Winston keeps his finger on the trigger, his weapon sends a flood of electric shocks at close range.

Winston leaps into the air with the help of his back energy reserve and falls back dealing significant damage and stunning nearby enemies.

Winston's screen generator projects a bubble-shaped force field that absorbs damage until destroyed. Allies inside are protected and can fire.

Winston embraces his animal nature, significantly increasing his health and making him very difficult to kill, boosting his melee attacks and allowing him to use his thrusters more often. While enraged, Winston can only use thrusters and melee attacks.

In attack, Winston is the initiator of the pushes, he will generally be the one that the others will have to follow and the first to throw himself into the heart of the fight. Its role is to wreak havoc in the opposing defense with great blows of electric arcs, by going to seek the supports or the enemy snipers who have very few tools to defend themselves against a gorilla of its size! However, it will be necessary to be careful not to launch out alone against all, the shield of 600 points of life not protecting very long under heavy fire.

Defending, Winston will have to wait for the opposing tanks to charge to try to split the opposing team in half by jumping over the back lines to disrupt the attack. His ultimate, like in attack, can take him out of position completely the whole team and clear the lens. In defense it will be used reactively, while in attack it is used proactively.

In any case, the scientist coming from the Moon will have to coordinate with his teammates to ensure his survival and make sure that his team is more coordinated than the one opposite in the middle of the mess he can make!

Winston is a very mobile and extremely flexible tank. A real plague for snipers, his aggressiveness and his ability to jump on them are out of the ordinary. His versatility allows him to enter into many compositions, but he will be particularly effective in a team capable of following his antics!

Tracer will be able to follow the scientist and his Canon Tesla or help him move fast. On the other side of the mirror, Winston and his "light" bedaine make him an easy-to-touch target, he easily charges the final opponents when his Screen Generator (E) is not posed to protect him and his allies. His necessary proximity during duels makes him vulnerable to heroes capable of dealing high damage at close range.

Below is the video replay showing the potential of Winston (s). Cloud9 Overwatch really masters the composition "Twinston", which is terribly effective especially on King's Row, first card played of the tournament. I advise you to watch the entire BO9, which is excellent!

Find a "Made in Games Managers" wallpaper that summarizes Winston and his abilities, all in 4K resolution! 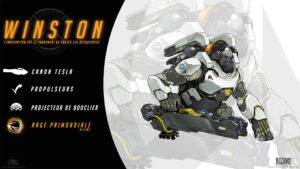 Now you know what to do with Winston in Overwatch, so let's get started! Did you say peanut butter? ...


Do you want to be up to date and know all the tricks for your video games? In gamesmanagers.com we enjoy playing as much as you do and for that reason we offer you the best tricks, secrets or tips for you to play non-stop. We offer you quality content and always updated to keep you up to date. That's why, in our website, you will find not only videogame guides but also tricks, secrets and thousands of tips so you can play to the limit. Are you ready to get it? Enter now and enjoy your videogame!
WoW - Rare Mounts from The Burning Crusade ❯