Overwatch - Lúcio Guide: “Come on, all together! " 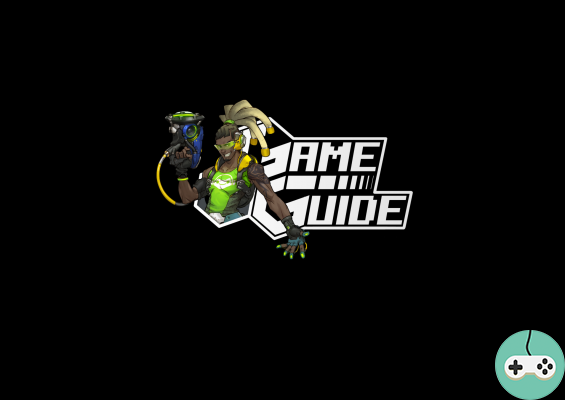 New game, new guides! Overwatch is no exception to the rule, and Blizzard's latest addition will be scrutinized. Without further ado, let's tackle the Brazilian DJ: Lúcio! 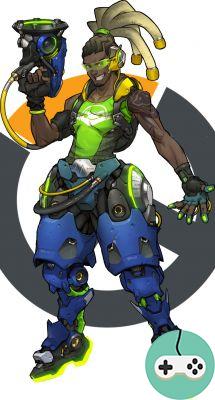 Lúcio is an international celebrity who campaigns for social change through his music and actions.

Lúcio Correia dos Santos grew up in Rio de Janeiro, in an overcrowded favela hard hit by the economic upheaval that followed the Omnium crisis. As Brazil entered a long recovery, Lúcio wanted to find a way to put some balm in the hearts of the people around him. His solution, he found in music, which allowed him to bring people together, even to make them forget their worries, if only for a short moment. He performed in the streets, at neighborhood parties, and, his notoriety growing, in several famous underground venues ...

But Lúcio's small world, as tight-knit as it is, sank into chaos when the multinational Vishkar Corporation signed a contract to reorganize large swathes of the city. The developer had assured Lúcio and his neighbors that these reconstructions would improve their daily lives, but these promises never materialized. Vishkar set about controlling the inhabitants in order to form a more civilized society in his eyes: curfews, sanctions against eccentric behavior and exploitation of the population as cheap labor.

Lúcio could not tolerate it. He stole from Vishkar the sonic technology used to oppress the people, and made it a tool of rallying and action. The residents rebelled and eventually expelled Vishkar from their neighborhoods. Overnight, Lúcio was elevated to a star and icon of positive social change. His music became incredibly popular. While previously performing only in his country, he began to fill stages all over the world.

Thanks to his sudden fame, Lúcio discovers that he has the opportunity to change things and make the world a better place.

Lúcio is an extremely dynamic hero capable of the most incredible things. Practically ignoring the laws of gravity, his healing aura forms are very special: they respect lines of sight! The rest of his kit is absolutely awesome, especially his ultimate, Sound Wall (A), which is often the unblocking element of a closed situation. Although complex to play (surely one of the toughest), Lúcio is arguably one of the best heroes in the game.

Lúcio constantly stimulates himself and his close teammates thanks to music. He can alternate between two songs: one increases movement speed, the second heals.

Lúcio increases the volume of his speakers, which improves the effect of his songs.

Protective waves radiate from Lúcio's amp and provide him and his close allies with personal shields.

In attack, Lúcio is an excellent pusher thanks to his ultimate, Sound Wall (A), which will give an immense bonus of life to your allies to advance the convoy or to hold the capture of a point. Its special but powerful heals over time are formidable, as they heal passively for the correct amount and can regularly be boosted for an excellent amount over 3 seconds. Usually Lúcio will be close to his tanks, shooting from all directions to maintain good pressure. In the event of a reboot of your team, the DJ # 1 in Brazil will be able to allow your teammates to return to the attack faster thanks to his Crossfade: Speed (MAJ. G.) coupled with Max Volume (AND).

In defense, Lúcio is just as strong and for almost the same reasons as in attack: his Sound Wall (A) does an excellent counter-push and will be able to save your team more than once trapped in a Graviton Orb (A) of a

Zarya opposing! His constant care can more than compensate for the poke of the opposing team and allow you to hold a position and his Crossfade: Speed (MAJ. G.) allows you to quickly challenge an objective by annoying the opposing team and preventing it, at the same time, from advancing in its push. You can also repel troublesome opponents with your secondary fire from your Amp (Right Click), whether from a point, a convoy or a

Reaper full Fatal Outbreak (A) in the middle of your team. Tested and approved !

Lúcio fits easily into many compositions thanks to his immense flexibility. Generally appreciated by tanks, because its healing is more efficient on large amounts of health with time to take hits. Also, those big HP bags will stay on the lens as long as possible, which is also the case with Lúcio! Our musicos friend will suffer on the other hand from heroes capable of killing him quickly, particularly at long range.

Below are two videos showing Lúcio's potential. On the left, A_Seagull (Former professional player on Team Fortress 2) shows you the possibilities worthy of the Brazilian's Spiderman. On the left you will find the best actions in Lúcio, compiled by dhaK, one of the best, if not the best Lúcio at the moment.

Find a "Made in Games Managers" wallpaper that summarizes Lúcio and its capabilities, all in 4K resolution! 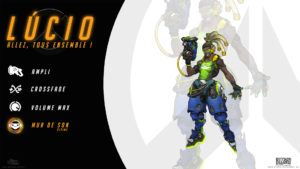 Now you know what to do with Lúcio in Overwatch, so let's get started! We turn up the sound, and we enjoy the good vibes!

SWTOR - The Fall of the Bounty Hunter Guild ❯

Add a comment from Overwatch - Lúcio Guide: “Come on, all together! "